A gunfight at the OK Hotel spurs a controversy.

Rose of Cimarron was first introduced to readers in 1915 in a little red paper-covered book titled Oklahoma Outlaws.

The book was prepared by a newspaperman using information supplied by Bill Tilghman, a respected lawman in Oklahoma Territory in the 1890s.  It  was sold at showings of the photodrama, Passing of the Oklahoma Outlaws, which was scripted primarily by Tilghman. In the book and movie portrayal of the Ingalls battle between 13 lawmen and six members of Bill Doolin’s gang, Rose of Cimarron makes a dramatic exit from the hotel, carrying a rifle through a hail of bullets to her wounded lover, outlaw Bitter Creek Newcomb.

This story was repeated in numerous books, with and without embellishments, for the next 37 years. The real identity of “Rose of the Cimarron” (which eventually became the most popular version of the title) was never revealed, supposedly because she had become a respected Oklahoma citizen and no one wanted to embarrass her. Finally, in 1952’s Desperate Women, author James D. Horan revealed that her real name was Rose Dunn, and she was the sister of four brothers who lived near Ingalls and were alternately outlaws and lawmen. Horan did not know if Rose Dunn was still living in 1952—but she was.

So there really was a Rose of Cimarron, and she was a “friend of the outlaws.” Glenn Shirley, a respected author of books on Oklahoma outlaws and lawmen, initially accepted the story of Rose in the Ingalls gunfight (Toughest of Them All, 1953) but eventually came to the conclusion she was not there. Shirley couldn’t find one mention of Rose, or any other woman, in newspaper accounts of the gunfight.  When an 1873 Winchester with the engraved “Rose of Cimarron” plate in the stock and an accompanying note signed by U.S. Marshal E.D. Nix was revealed to Shirley, he expressed no doubt that the note and rifle were authentic. However, he theorized that the gun was received by the marshal’s office after Newcomb’s death at the hands of the Dunn brothers (for the reward money) on May 2, 1895, which was a year and a half after the Ingalls battle. Yet, Nix states in the note that the rifle was picked up on an Ingalls street and was the one Rose Dunn took to Newcomb. Nix didn’t sell the rifle until two years after the September 1, 1893, gunfight.

Tilghman’s widow, Zoe, said she knew Rose Dunn. Her husband didn’t make up the tale of Rose in Ingalls, she said, however, the story that surfaced later claiming Rose was arrested and tried isn’t true (and it wasn’t mentioned in Tilghman’s 1915 book). 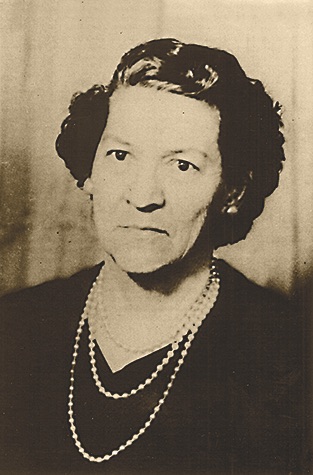 Newspapers may not have reported Rose’s involvement for the same reason that Tilghman and others did not disclose her identity until years later—they did not want to embarrass the young girl. After all, Rose was the stepdaughter of Dr. W.R. Call, a prominent resident of Ingalls. She lived with her parents in their home, next door to the OK Hotel, the center of the gunfight. Rose spent a lot of time there and at her brother’s place, a few miles away near the Cimarron River. Ingalls and the Dunn home were known hangouts for the Doolin Gang, and Rose’s rumored paramour, Newcomb, was later killed at the Dunn home.

More than 20 years later, Rose of Cimarron’s role in the Ingalls gunfight was told in a book and movie, with the usual exaggeration and dramatization. (After the movie’s release, a “former outlaw” from Tulsa wrote Tilghman, “Did you know… Rose of Cimarron lives here [Tulsa]? She still retains some of the beauty that caused her to bear the name.” He went on to spin some preposterous tales about Rose.)

Is the photo really of Rose Dunn, Rose of Cimarron? A comparison with a photo of Rose from the 1950s, when she was in her 70s, does not rule out that possibility.

Editor’s Note: True West’s late publisher and friend, Robert G. McCubbin, regularly shared his photos and ephemera with the magazine and its readers, believing that his collection should be seen and enjoyed by those who love Old West history. If you’d like to read more of McCubbin’s articles and view more of his rare photos of the West, like ”Who is Rose of Cimarron?” from the May 2005 issue, please go to TrueWestMagazine.com and subscribe for full access to more then 67 years’ worth of exciting issues of True West.