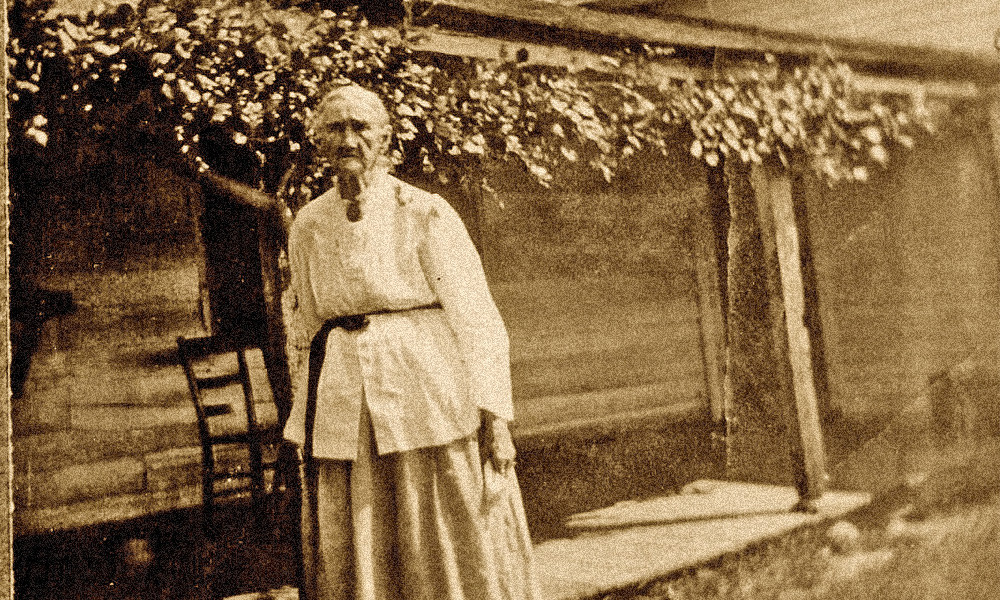 Zerelda James, mother of Frank and Jesse James, would agree that her kitchen was deadly. When she moved into her home in 1845, she would have no idea how deadly until 30 years later.

The James family farm in Kearney, Missouri, was a typical frontier farm. It had a smokehouse, hogs, a chicken coop and a large garden. The log cabin consisted of a kitchen and a bedroom. Zerelda had purchased the farm with her first husband, the Reverend Robert James, and Jesse was born on the farm two years later. Sister Susan arrived in 1849, a year before their preacher father died in California during the Gold Rush. Zerelda married twice more. Her last husband, Dr. Reuben Samuel, helped her raise her three children and added four more.

Frank and James were farm hands. They worked with the horses, cut hay and repaired barns. They also butchered and smoked meat, sold wool from their sheep and worked 100 acres of the nearly 225-acre farm. Their big crop was hemp, which yielded about $70 per year.

When Frank and Jesse became notorious outlaws, they often used the James farm as a safe haven. On January 25, 1875, Pinkerton detectives raided the farm, intending to capture the brothers (preferably by killing them) and destroy the home. Around midnight, they tossed a fire bomb into the kitchen. The explosive, which Zerelda always referred to as a hand grenade, killed eight-year-old Archie and wounded Zerelda so badly that the lower portion of her right arm had to be amputated. “The murder of that boy, and the loss of my arm will be avenged some of these days, as certain as my boys [Frank and Jesse] are living,” Zerelda told the St. Paul Dispatch on October 19, 1876.

Zerelda adapted to the loss of her arm. A family member recalled, “…she had a combination knife and fork made, which she used with her left hand to eat her food.”

She continued to cook and bake in her kitchen, using farm ingredients: milk, butter, eggs, chicken, bacon and ham. In her garden, she grew corn, beans, cabbage, carrots, cucumbers, melons, onions, parsnips, peas, potatoes, radishes, squash and tomatoes. Wild items she cooked with included mushrooms, dandelion greens, garlic, honey and nuts. Her children likely fished and hunted for wild game like deer, rabbit, turkey and squirrel. The farm also had apple, peach and pear trees, along with wild strawberries and blackberries. When she was in need of food staples, such as flour, cocoa, sugar, molasses, she made trips to Kearney or to nearby Liberty.

After a member of the James gang killed Jesse in 1882, he was buried on the farm, but was later moved to the public cemetery in Kearney. When Frank turned 60, he gave up his job on a Wild West show, saying he was too old for the business; he eventually moved back to the farm, after his mother’s death in 1911. “…I’ve discovered that I don’t want to be rich,” Frank said. “All I want now to make me happy is a little farm, a few chickens and a cow.”

In an ungreased, eight-inch cast iron skillet, combine the flour, baking powder and salt. Add milk and stir. Add butter and stir until blended. In a separate bowl, combine the blackberries and sugar, and let them sit for 30 minutes. Spoon the berries over the batter. Bake in a 375°F oven for 45-55 minutes, or until the dough rises and is golden. Serve warm with fresh cream.