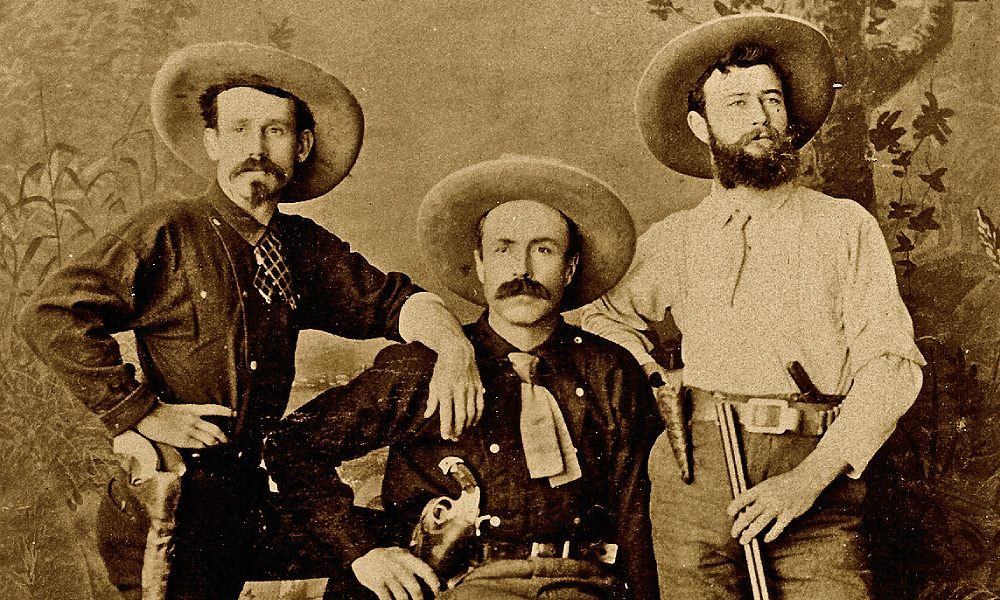 By the early 1880s, Colt was the undisputed leader in the handgun field. However, wishing to capture some of the rifle market, Colt acquired the rights to manufacture the sliding-action rifle designed by Dr. William H. Eliot. The design was unique in that it incorporated a shortened, longitudinally sliding forearm that opened and closed the gun’s action, rather than a dropping lever, along with other positive features. The design borrowed elements from the 1870-patented Robinson tube-loading repeater and the Spencer repeating shotgun of 1882, included with some of Elliot’s own improvements, making Colt’s “New Lightning Magazine Rifle” a reliable, fast, and easy-to-operate action.

With production starting in 1884 and continuing until 1902, the first of the breed was the medium-framed model, with its full-length, under-barrel tubular magazine. It was offered in .32 Colt’s Lightning Magazine Rifle (CLMR) chambering, which was essentially the .32-20, .38 CLMR (.38-40) and .44 CLMR (.44-40), using flat-nosed bullets for safety, to not discharge the center fire cartridge head positioned directly in front of it in the tubular magazine. A very few of each caliber were turned out in a smoothbore version. The Lightning could be had in a standard 26-inch sporting rifle or optional barrels of varying lengths, as well as .44 caliber military model rifles and carbines, and 20-inch tubed standard civilian carbines. Standard length rifles weighed around 7 1/4 pounds and held 15 rounds, while the 20-inch barreled carbines tipped the scales at just 6 1/4 pounds and stored a dozen cartridges.

Despite some ejection difficulties, which were quickly corrected, the earliest models of Colt’s Lightning Magazine Rifle were well received by shooters of the era, and went on to enjoy favor on the frontier with many Western express guards, lawmen, hunters and ranchers, and was offered by most of the Colt dealers in the West. The San Francisco Police Department ordered 401 medium-frame rifles in .44-40 caliber, and the small-framed .22 rimfire version gained a fair amount of popularity with Wild West Show sharpshooters of the period, including none other than “Little Sure Shot” herself, Annie Oakley. She and her marksman husband, Frank Butler, frequently relied on Colt’s Lightning rifles while performing in Buffalo Bill’s Wild West Show.

Although the Lightning enjoyed brisk sales, with over 185,000 guns produced, it was the introduction of more powerful lever-action rifles, like the extremely smooth-functioning 1886 Winchester, that did much to bring about the eventual demise of the Lightning. Nonetheless, the Lightning and its various models remained popular before the model
was finally dropped from the line in 1904.  Despite its reliability and rapid-fire capabilities, Colt’s pump rifle was never able to displace the lever-action rifle from its throne during the late 19th century.