A Good Enough Mine 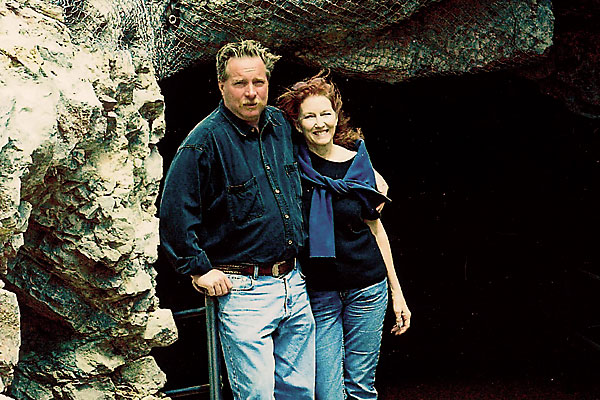 The silver mine was good enough in 1878 to birth Tombstone, Arizona.

And it was good enough in 2007 when the mine opened for public tours, bringing the legendary town’s mining history back to life.

Shirley and Andre DeJournett’s tours of the Good Enough Mine have been attracting visitors from around the world in the past year and a half, and the couple hopes that’s just the beginning of showing off what made Tombstone a town in the first place.

Shirley, an archaeologist, fell in love with the mine site some 25 years ago, when the couple moved to town and opened up the Tombstone Bead Company. For years, the mine was off the market. In 2000, the couple purchased the land and mineral rights, and pretty much everyone in Tombstone knew the purchase meant something good for the town.

“My husband and I own several historic properties in town that we’ve preserved; we’ve always been in this arena, and we were very excited about what the mine could be,” Shirley says.

When military scout Ed Schieffelin found silver in what he dubbed the Good Enough Mine in 1878, his discovery birthed the town that would make famous men out of Wyatt Earp and Doc Holliday in a historic shoot-out four years later. Schieffelin called the town Tombstone because, while searching southwestern Arizona Territory for mineral riches, he had been warned the only thing he’d find out in the rugged terrain—controlled by Apaches—was his own tombstone.

His mine was good enough as a silver treasure for almost 30 years—one of the richest strikes found here—until the ore played out. Since then, except for dumping rock and other debris into its tunnels, the mine has pretty much been a silent story of Tombstone’s past.

The DeJournetts spent six years of cleaning up, digging out and restoring the mine before they began conducting 45-minute tours in spring 2007.

“Luckily, the mine was very stable,” Shirley says. “It had sat there 130-some years, so it needed lots of cleaning up. We found newspapers from 1880. One year, we found a boot; and three years later, we found its mate. We found jeans where the miners had dropped them (workers wore out their clothes, then used the cloth down in the mines). We found a Nabisco cracker box—the bottom was at one point and the top at another. We’re [opening] a museum with all our finds.” A historic mine building will house the museum artifacts.

Besides cleaning and collecting, the couple installed stairs with steel handrails and secured the tour tunnels. “Our mine is very, very safe,” Shirley stresses. Tour guides take visitors some 70 feet below the streets of Tombstone on stone and dirt ramps. On your walk down, you’ll see the history of a town, and the earth, with layer upon layer of colorful limestone sediment that proves the Tombstone area was once at the bottom of a deep sea.

The response has been impressive. “People really love the history and the minerals are beautiful,” Shirley says. ‘People really have an adventure.”

RoadsideAmerica.com has called it the “No. 1 mine tour in America,” she says. “Over and over, people tell us this is the best they’ve ever seen.”

The couple hopes their mine will become part of a triad of tourist attractions in southern Arizona, along with Kartchner Caverns outside Benson and the Copper Queen Mine in Bisbee.

“I’m an Old West enthusiast,” Shirley says with pride. “This is a unique little community. People have very different origins, but they like the perpetuation of the Old West. We don’t have a traffic light in town. Our only traffic jam is if you get behind a stagecoach.”

Shirley is excited about the mine and the forthcoming museum. The mine may also expand into the sister Toughnut Mine and other mines. She says there could be more than 300 miles of old mine tunnels around Tombstone. With the enthusiasm this first tour has generated, well that’s just what anyone would call good enough.