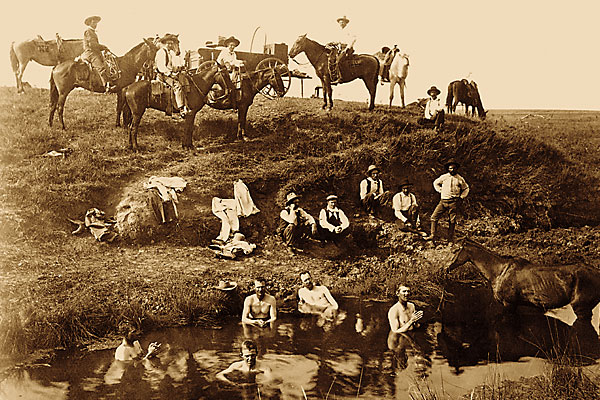 Having worked in the emergency room as a young physician throughout the 1970s, I learned the difference between human “sweat” and “stench,” as these apply to the presentation of different patients under a wide variety of circumstances.

I concluded that “sweat is fine.” “Stench” is another matter. The differentiation between these two presentations is not intended to be judgmental in any manner, whatsoever. It is simply the clinical, olfactory (smelly) observation that human beings are sometimes deprived by choice or circumstances of the opportunity to maintain proper hygiene. The definition of “proper” hygiene is beyond the scope of this discussion. It varies not only by geography but also by century, among many other factors. Thanks to the advertising of commercial hygiene products (e.g. deodorants and shampoos), our perception of “proper hygiene” in the mid-20th and 21st centuries is quite different from that of the late 19th century in frontier America.

The bottom line is that humans who either can’t or won’t bathe for long periods of time are at risk for a variety of maladies. Such was probably the case regarding the frontier cowboy, especially in winter, when bathing in the outdoors presented the risk of chills and hypothermia. The cowboy was often on the trail for months, with little or no opportunity to wash up, much less to bathe. He usually had no full change of clothing and no “toilet articles.” He slept in dusty conditions, on dirty blankets contaminated with animal hair and other animal “debris.”

Because of his arduous circumstances, the cowboy was at risk for a number of medical setbacks. I intend to discuss only the most minor and aggravating ones. All of these problems continue to afflict us today when we go for extended periods without bathing or washing. The problems are usually confined to the skin and occur because of the accumulation of sweat, dirt and excretions from sebaceous glands that together provide the perfect growth environment for bacteria, fungi and parasites.

The accumulation of normal skin bacteria without bathing is a controversial topic. Some dermatologists think that this process does not put humans at risk for diseases but is just harmless, intense “body odor.” They also argue correctly that our frequent bathing and hand washing with harsh soaps sets us up for dry skin and irritant dermatitis.

In any case, the cowboy often “smelled like his horse,” because of the accumulation of normal skin bacteria. If he had the misfortune of contaminating a cut or abrasion with strep or staph, he might have developed impetigo, an abscess or cellulitis. Although usually not fatal, these infections were often chronic, easily spreadable to other areas of the body and contagious to others.

More troublesome were the fungal infections that afflicted his groin area (“crotch rot”), buttocks and feet (athlete’s foot). For the cowboy, these infections were a curse, because they itched so badly and tended to burn. Like today, excessive itching of fungal-infected areas with dirty nails could have led to an opportunistic bacterial skin infection.

Finally, there is little doubt that the cowboy who had not washed up for weeks was at high risk for parasite infestation, especially fleas and lice. When first caught from mice, the former could have rarely led to contracting plague (the Black Death). The latter could have appeared as pubic lice (“crabs”), or lice infecting the head or body. Under rare circumstances, the latter could have been a setup for fatal typhus.

Hollywood has shown varying degrees of realism with respect to this subject. In my experience, the accuracy of a cowboy’s state of “trail hygiene” was rarely, if ever, depicted before Sergio Leone’s 1964 epic A Fistful of Dollars, starring Clint Eastwood. In this and many later movies, the characters have appeared as sweaty and stinky as some of the unfortunate patients that I recall having treated in the emergency room.

I doubt, however, that these actors were ever as miserable as our cowboy who had spent three or four months on the trail, with no warm shower waiting for him at the end of each day in his hotel suite or his dressing room trailer.