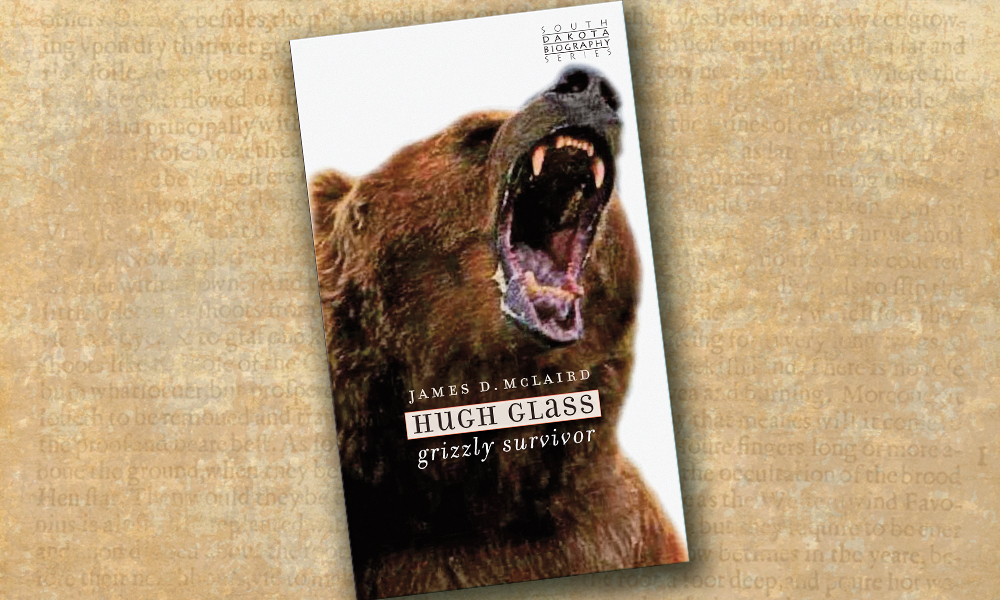 The mythic history of the American West is veiled in the mysterious mists of time  like the fog-shrouded British legends of King Arthur, Beowulf and Strong Bow. The mountain men, fur trappers, trailblazers and voyageurs who roamed, rode, paddled, traded and fought across the mountains and plains of North America in the 18th and 19th centuries are equally equated with the English knights of yore and the Hells Angels of the present. In Hugh Glass: Grizzly Survivor (South Dakota Historical Society Press, $14.95) James McLaird, a Dakota Wesleyan University professor emeritus of history, provides a comprehensive analysis of the well-chronicled life of legendary Western trapper Hugh Glass.

Part biography, part historiography, part literary criticism, McLaird’s march into the depths of the archives, articles, nonfiction, fiction, film and fantasy must have seemed as daunting as Glass’s 1823 fight with the grizzly and subsequent trek of survival.

Academy Award-winner Leo DeCaprio’s interpretation of Glass in The Revenant (20th Century Fox, 2015) looms large over McLaird’s biography—as do articles and exposés on the historical veracity of the cinematic epic and other interpretations, including Frederick Manfred’s novel Lord Grizzly, a top favorite of critics. The South Dakota biographer’s depiction of Hugh Glass provides an extremely accessible, succinct interpretation of the fur trapper’s life—real and literary. As McLaird states succinctly in the introduction: “Because our understanding of Hugh Glass arises only through those who have shaped his legend, this biography will present the words of these storytellers and other important sources exactly as they first appeared.”

The strength of McLaird’s biography is evident on every page: the author is extremely confident in his research and provides the reader with a fact-filled, synthesis that is fun to read, inspires the inquirer with a path to further research and reading, and most importantly, builds a strong case for exactly what we know, what we don’t know, and what we presume we know about the grizzly-scarred mountain man. Glass’s epic fight with the bear, betrayal by friends and death-defying trek across the wilderness to civilization has been a favorite of modern novelists and filmmakers, literary chroniclers, historians, and myth-makers since the first article was published in Philadelphia’s The Port Folio  in 1825. As a historian—and a fan of mountain man history—Winfred Blevins Give Your Heart to the Hawks is my personal favorite—I feel McLaird’s well-written bio-historiography treads lightly on those who repeated the legends, while he elevates those who challenged the lore with facts and evidence. In doing so, the reader will return to McLaird’s conclusions again and again as an evergreen resource for chroniclers of the fur trade.

McLaird’s conclusions about Glass are substantiated with an extremely useful bibliography and excellent, highly detailed endnotes. Anyone proposing to write an article on the history of the fur trade in the Rocky Mountain West will want this book within arm’s reach, as the volume stands alone in 2016 as the primary, most comprehensive synthesis of the published literature on Glass and his contemporaries.

McLaird, who also authored Wild Bill Hickok and Calamity Jane: Deadwood Legends and Calamity Jane: The Woman and the Legend, has provided authors, researchers, aficionados and novelists with a new historical baseline on the mountain man and the grizzly that propelled him into the history books and the mythic mists of time.