Crossroads of the West 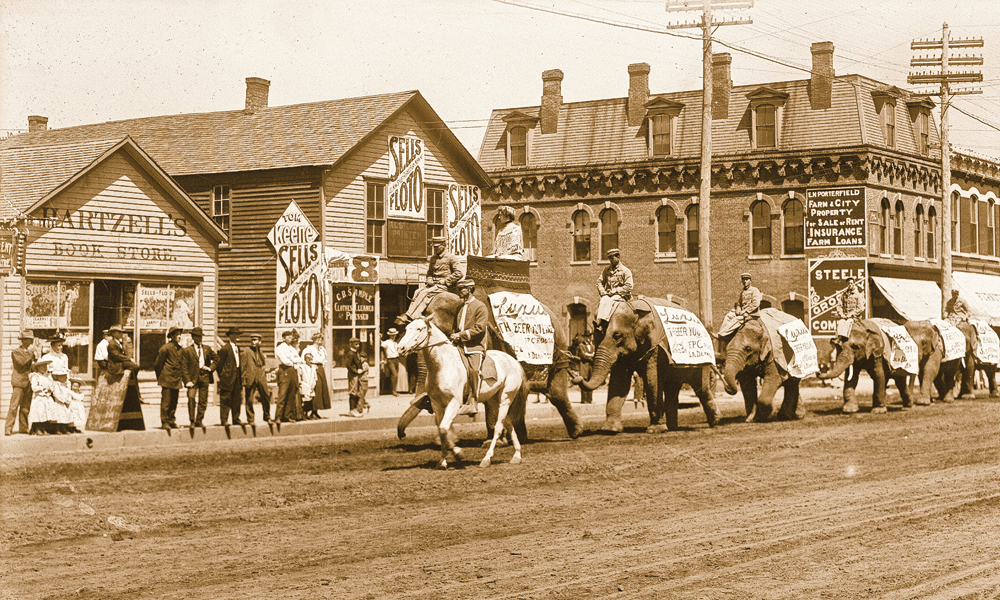 Fort Kearny, the first U.S. Army post on the Oregon Trail, was a busy place after its founding in 1848. During one 18-month period following the 1849 Gold Rush, some 30,000 pioneers passed through, headed for California, Utah and Oregon.

Several westbound trails met there, as did two railroads, and the fort served as a stage station, an outfitting depot for Indian campaigns, and home for Pony Express riders.

The town of Kearney today is a sweet, close-knit  community of 30,000 on the Platte River. Often called the Midway City, it’s in the center of the United States, equidistant between the Atlantic and Pacific oceans, and transportation is still a draw.

Kearney’s most unique attraction is The Archway, a 79,000-square-foot Disney-style center that stretches 310 feet across Interstate 80. The site, which opened in 2000, uses exhibits, videos, photographs and dioramas to highlight 170 years of transportation history, from Mormon handcarts on dusty trails to Cadillacs on the interstate. Re-enactors demonstrate how Pony Express riders changed horses and tell true and dramatic stories about the hardships of frontier travel. Nothing about the arch is small, and that includes the ten-foot fiberglass bison statue, commissioned by CNN’s Ted Turner, standing outside. The Archway appeared in the 2002 movie About Schmidt starring Jack Nicholson.

For a ground view of the area’s rich military history, stop at Fort Kearny State Historical Park, three miles east of town. The post was named for Stephen Watts Kearny, the general who wrested California from Mexico in 1847.

Note the spelling discrepancy between the general and the town. The explanation speaks to Kearney’s easygoing charm: The post office goofed and it was too troublesome to correct.

The fort has an interpretive center, and the stockade, parade grounds and blacksmith shop have been rebuilt. Living history demonstrations take place during summer holidays.

For nature-lovers, the Fort Kearny Hike-Bike Trail makes a fun outing. The easy jaunt crosses a wooden railroad bridge over the Platte River and popular sites for dawn and dusk viewing of migrating sandhill cranes.

In-town sites include downtown Kearney, featuring restaurants, bars, two microbreweries, antique shops and the restored World Theater, which opened as a vaudeville venue in 1920. The city plants flowers at intersections during summer and fall, and visitors enjoy a quirky area called The Bricks, where the streets are actually paved in brick.

“We have two parades during the year, murals, a barbecue on the bricks competition, and a Cruise Nite festival featuring classic cars,” says Sarah Focke of the visitors bureau. “The city works hard to keep downtown vibrant.”

Don’t miss the Museum of Nebraska Art, housed in a post office building erected in 1911 and listed on the National Register of Historic Places. Its collection comprises more than 5,000 works by masters including George Catlin, who traveled to the West in the 1830s to paint Plains Indians.

A museum of a different kind attracts car-lovers from around the country to its 50,000-square-foot space in the Cabela’s store off Highway 30. The Classic Car Museum boasts 200 rare and historic vehicles in its popular collection, including a 1938 Rolls-Royce Wraith limousine and a 1958 Studebaker Golden Hawk.

Remember the muscle cars of the ’60s like the GTO? Remember giant tailfins and the iconic Thunderbird? The museum has them all, with interactive displays that educate visitors on the role the automobile has played in our history and culture.