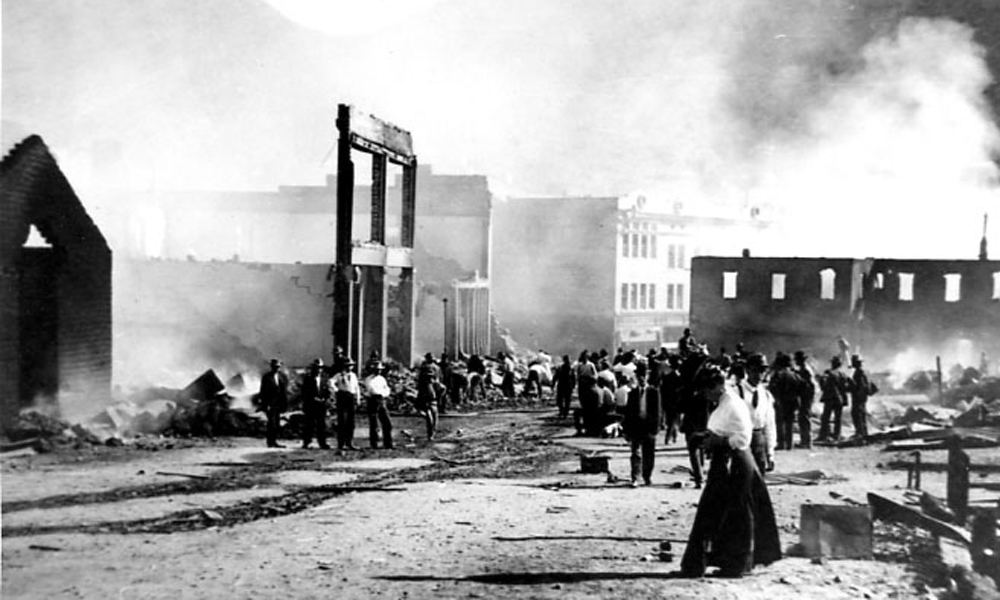 Fires were always a serious threat to frontier towns, hillside communities were the most vulnerable. The boomtowns of Bisbee and Jerome all burned to the ground several times during their heyday. With all those coal oil lamps and candles it took only one careless mistake and it was katy-bar-the-door.

The first generation of buildings and houses in those western towns were usually made of wood. By the time the business district had burned down two or three times the folks learned their lesson and began to re-build with bricks and mortar.

Bisbee was built on the steep slopes of two canyons, Tombstone and Brewery Gulch. Old timers claimed you could spit tobacco juice off your front porch and it would splatter on your neighbor’s roof. Children, when playing in the yard, had to be tethered to the house by a rope lest they fall off the yard.

The town lived through several major fires, the worst being in 1885 and 1887. It was still dry as a tinder box in 1907 when a gas stove exploded in a local boarding house in Brewery Gulch destroying seventy-six homes and damaging others. The volunteer firemen brought it under control by dynamiting other structures to create a fire break. In April 1908 the city established a fire department.

Several months later, on October 14th a fire broke out in a closet within the Grand Hotel and flames quickly engulfed the whole building. Even though many of the buildings were brick the fire quickly spread through the business district. A newspaper in Globe reported the flames could be seen almost 200 miles away from Pinal Peak above the town.

The firefighters were thwarted by low water pressure as flames continued to consume the town. They finally managed to contain the fire by dynamiting some buildings but not before it had done $750,000 in damage to homes and businesses, leaving five hundred people homeless.

Jerome perched on the side of Cleopatra Hill had five major fires during the 1890s. Three of which occurred between 1897 and 1899. They burned with such regularity that some religious zealots proclaimed after each big fire that the Almighty was punishing Arizona’s Sodom and Gomorrah for its sinful ways. A Mrs. Thomas of Phoenix, who represented the Salvation Army and claimed the gift of prophecy, declared after each fire that “God held the torch that started each of the fires and He isn’t done with Jerome yet. Until Jerome repents and washes away its sins, Divine anger will not be dissipated and more fires will sear the slopes of Cleopatra Hill.”

During one fire Jennie Bauters, the town’s most prosperous business operating in the “Tenderloin,” rushed down to the fire station promising the firefighters lifetime free passes if they could save her place of business. It’s said the firefighters rose to superhuman efforts as they charged up to save Jennie’s place.