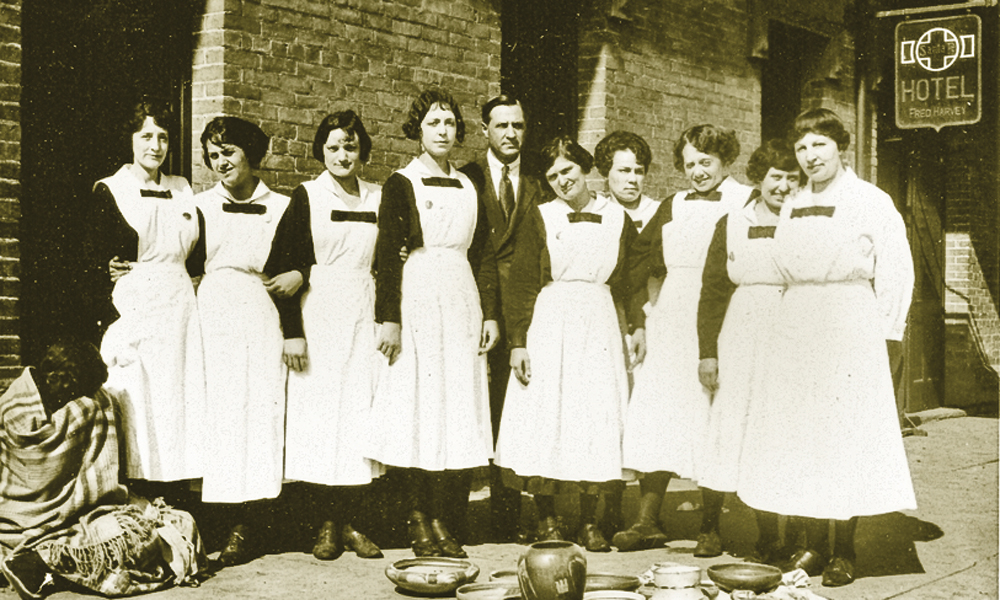 A basic necessity in frontier camps, restaurants often started out in tents. An evolution took place as wagons rolled west and pioneers arrived to put down roots. Permanent structures replaced tents and shanties, and supplies began rolling in via steamboats, stagecoaches and railroads.

In the early days, especially in remote locales, menus offered simple fare: local game, chicken, beef, potatoes, bread, cake, pie or pudding and coffee and tea. But as early as the 1850s, some locations, including Bellevue City, served up impressive meals. Situated on the banks of the Missouri River, the Nebraska Territory town offered its chefs provisions from steamboats docked nearby.

The bill of fare for dinner at Bellevue House on July 5, 1857, was the talk of the Bellevue Gazette: “He who has an idea that we have nothing to eat out here in the ‘back woods’ would be astonished, if on his way through he would stop at the Bellevue House, kept by J.T. [Allan].”

Much like folks do today, pioneers out West kept up with food trends. Classic French cooking was popular during the mid- to late 19th century. Menus were frequently printed in French and cooking styles often included the words “a la” for the particular sauce added to a dish.

The Union Station railroad depot in St. Louis, Missouri, offered a restaurant that reflected all that was trendy in America. The Terminal Hotel housed one of Fred Harvey’s well-known restaurants. The specials created there included little, thin orange pancakes. Whip up some for your next breakfast!

Combine all together and cook on a griddle. The recipe states, “Bake small pancakes on hot griddle, using one tablespoon butter for each pancake. Serve with maple syrup, honey or jelly.”