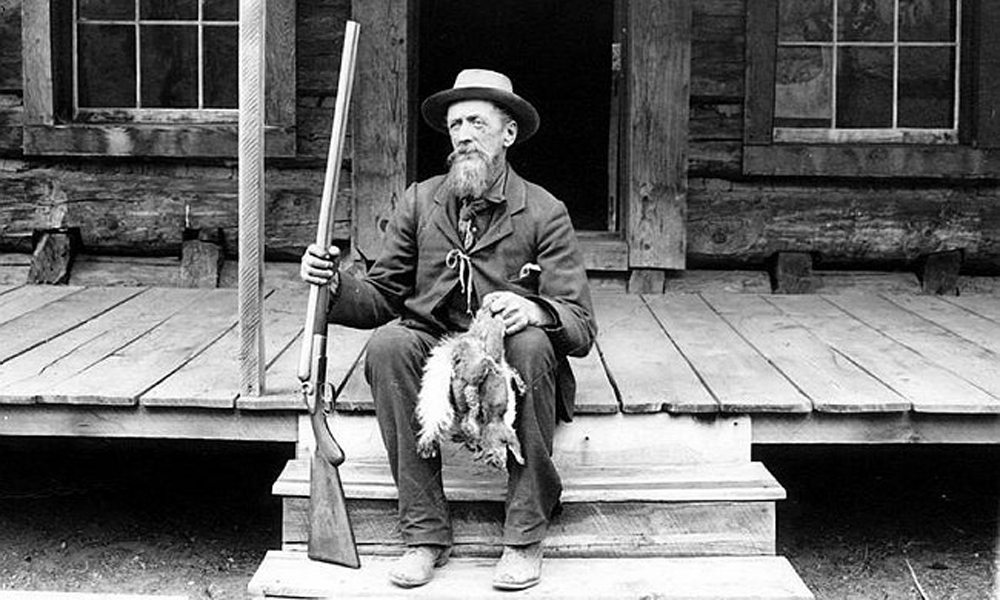 In the old days they used to say that anyone who visited the Grand Canyon and didn’t meet the great windjammer, Captain John Hance, had missed an experience nearly as colorful at the canyon itself.

For some twenty years He provided lying and lodging for the tourists. The dudes never knew just how much of Captain Hance’s stories to believe; he could paint a story redder’n a Navajo blanket. He always led his listeners down the paths of plausibility and they had to figure out when to get off.

Hance came to the canyon in the 1880 to look for gold but found far more success as a storyteller and trail guide.

The legend began one day when he was pointing out the various landmarks to some tourists at the South Rim.

“Why Captain Hance,”a lady asked, “how did you lose the tip of your finger?”

He’d lost it in a roping accident a few years earlier but he paused and stared at the missing finger as if noticing it for the first time then replied, “Why ma’am, I reckon I plumb wore off the end of that thing pointing at all the scenery out here for the past thirty years.”

Nobody knows why they called him Cap’n; he never was a captain but it just seemed to fit.

The audience loved it and from that day his reputation grew, just like his tall tales. Like the time he was riding his favorite white horse, Darby, (He called all his horses by the same name, claiming it made it easier for him to remember their names) near Red Butte along the South Rim when he saw a band of angry Ute warriors approaching from the west. Looking over his shoulder to the south several hundred Apache were fast-approaching. Darby set up and turned the other way only to find a painted up war party of Navajo were riding hard in his direction. His only chance of escape was to jump the Grand Canyon. They didn’t have a minute to waste. Was ol’ Darby going to be up to the challenge?

That horse got a runnin’ start and gave it a mighty leap. Up and over the canyon they soared. About half way across though, Cap’n Hance let his eyes drift downward. Several thousand feet below, the mighty Colorado looked like a tiny, reddish-brown ribbon twisting and winding between the steep canyon walls.

Ol’ Darby got curious too and looked down. He’d never seen a better example of nature’s work of art. Great Scott! Gazing at all those wondrous wonders caused him to lose his concentration. It was only ten miles across to the North Rim and that was a jump he could have done standing on his head but suddenly, they were losing altitude. They began to fall like an elevator gone berserk. Cap’n Hance knew the only way they’d survive was to pull up on ol’ Darby. Ya see he was a cuttin’ horse and he could turn on a nickel and give ya some change.

There was a time when one of his whoppers got him into a heap of trouble. Like the time a stranger asked him how the deer hunting was around the South Rim.