On the Trail of the Rocky Mountain Fur Company 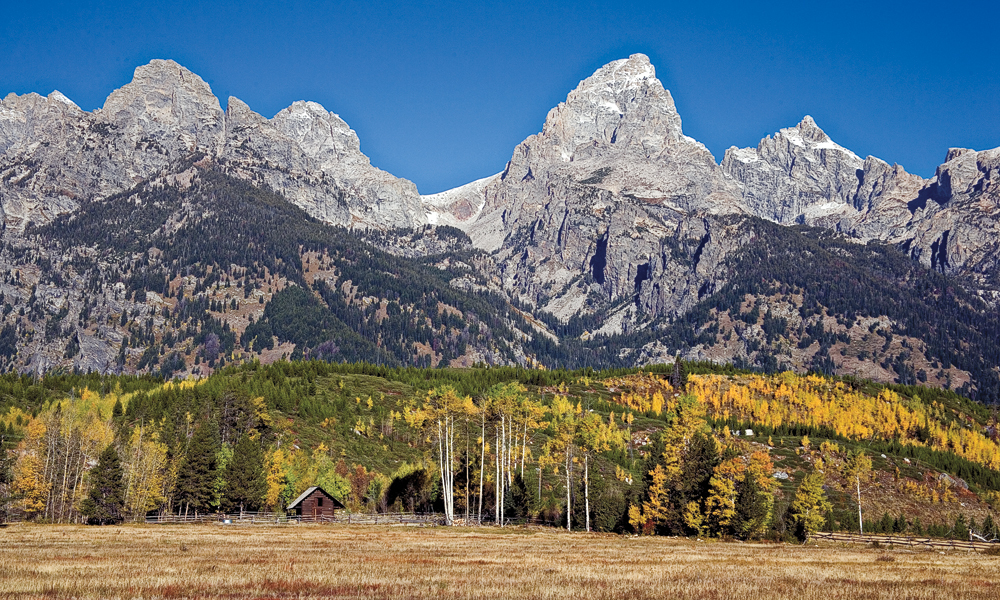 A hundred young men walked into the Rocky Mountains and became legends of the West when they responded to William Henry Ashley’s call for adventurers to go into the beaver trade in 1822. Ashley advertised in St. Louis for men to work the beaver streams of the West, and the following year the first of these young men made their way to the Upper Missouri and ultimately spread out along the streams that flowed from the Rocky Mountains.

They began trapping for beaver and quickly launched a true mountain tradition. They held their first mountain trading fair—or Rendezvous—in 1825 in the southern end of the Green River Valley at Burnt Fork, in what is now Wyoming. The annual Rendezvous quickly expanded and would ultimately attract hundreds of mountain men, Indians and traders. These gatherings moved around to differing locations, but always were places of trade, business deals, entertainment and revelry.

All the men had been a part of the original 100 hired by Ashley in 1822. They had spent the intervening years tramping throughout the West, following game and Indian trails, making maps and trapping the valuable beaver.

The men of Rocky Mountain Fur made their mark on the industry and left their names on physical landmarks including Fort Bridger, the Fitzpatrick Wilderness and Sublette County.

It’s too much to try to follow all their trails in the West, so we’ll hit a few locations that were either frequented by the fur trappers, or that recognize their legacy.

We’ll begin in St. Louis, where Ashley found his mountain men. This city is awaiting the reinstallation of the exhibits at the Jefferson National Expansion Memorial at the Gateway Arch, which are expected to reopen in 2017. Our route heads west to St. Charles, Missouri, with its enticing historic district.

St. Charles was Missouri’s first state capital, established in 1821, just a year before Ashley was advertising for men to ply the fur trade. While places in St. Louis served as headquarters for territorial government activities,  some locations were considered to become the permanent seat of government as Missouri approached statehood. Jefferson City was selected, but the state needed an interim location for its first legislative sessions. Legislators met in St. Charles for the first time on June 4, 1821.

Debates on issues of states rights and slavery dominated the early sessions held in the House and Senate chambers on the second floor of a new structure built by Charles and Ruluff Peck, who operated a general store in the first floor rooms. The second floor of the building, in addition to the legislative chambers, also held an office for the governor and a small committee room. This first state capitol served four Missouri governors until a new capitol was built and opened in Jefferson City in 1826.

The historic district surrounding this first capitol has plenty to see, including buildings that date to the 18th and 19th century, and Lewis and Clark and fur trade history, but it’s time to head west through Independence and Kansas City. This is country marked by the starting points of overland trails to Oregon and California, routes established by tracing the footsteps of mountain men. Ashley’s trappers followed the Missouri River north, but the trade brigades heading to Rendezvous went overland across Kansas and Nebraska, following the Platte and North Platte rivers.

Trails West along the Platte

In 1828 in far western Nebraska fur trapper Hiram Scott lost his life at a sandstone outcrop that now bears his name, Scotts Bluff. In the pass to the south stands a replica of the Robidoux Trading Post, which was established at the end of the fur trade era and bridged the era of the overland migration. Walking through Mitchell Pass at Scotts Bluff, or in the area of Robidoux Pass, you’ll get a sense of the landscape fur trappers first saw when they were here in the early 19th century.

One of the best museums in the country devoted to the story of the mountain trade, the Museum of the Fur Trade in Chadron, Nebraska, has outstanding examples of trade goods, supplies and original garments. Located on the actual site of an American Fur Company trading post operated by James Bordeaux, a replica is stocked much as it would have been when it opened in 1837.

The early fur trade post of Fort William, established by Robert Campbell and William Sublette in 1834, predated Fort Laramie, one of the most important sites of the fur trade and overland trail era. This National Historic Site includes fur trade and trail history and focuses on the early military history of the area.

Thomas Fitzpatrick, one of the owners of RMF, has strong connections to this area. He guided the first wagon train over the Oregon Trail in 1841 and also led John C. Fremont’s first expedition into the West through here in 1843. When the first big gathering of Plains Indians took place nearby in 1851, Fitzpatrick was involved with the negotiations. Although that treaty council gathered near Fort Laramie, the 10,000 people and their animals soon overwhelmed the landscape and the group moved downstream to near Horse Creek, which gave the treaty they negotiated its name.

Our route crosses Wyoming (US 26/I-25 to Casper, then Wyoming 220 to Muddy Gap/US 287 north toward Lander then Highway 28 west across South Pass). Although Robert Stuart first located this pass in 1812, Jedediah Smith and Thomas Fitzpatrick would be the first to ascend the pass from the east and take wagons across.

Once west of the Continental Divide, our route turns south to Fort Bridger, a trading post established by Jim Bridger and his partner, Louis Vasquez. Undoubtedly the best time to visit here is over Labor Day weekend during the annual Fort Bridger Rendezvous that attracts hundreds of modern-day mountain men, mountain traders and Indians who re-create the days of the Rendezvous.

Continue on to the Bear Lake area on the Idaho/Utah border and to Wellsville, Utah, to visit the American West Heritage Center, where you will find a mountain man camp, and occasional interpreters who themselves participate in modern Rendezvous at Bear Lake or Fort Bridger.

Sublette County, Wyoming, takes its name from William Sublette who with David Jackson and Jedediah Smith organized the fur company of Smith, Jackson, and Sublette—the precursor to Rocky Mountain Fur Company. This area hosted seven mountain man Rendezvous on Horse Creek, near the tiny town of Daniel. The Museum of the Mountain Man in Pinedale represents this history and displays one of Jim Bridger’s original rifles.

Jackson Hole is named for David Jackson, another of the partners in the Smith, Jackson, and Sublette enterprise. Each year over Memorial Day weekend a mountain man trader camp sets up at the Jackson fairgrounds. The Jackson Hole landscape—while completely filled with tourists—is still a place of natural breathtaking views and wildlife common when Smith, Jackson and Sublette first trapped here. Any drive through Jackson Hole might give you an opportunity to see bison, elk, deer, antelope and even grizzly bears or wolves, not to mention creeks, rivers, lakes and spectacular mountains.

Rocky Mountain Fur Company, while owned and managed by some of the best trappers in the business, was never a huge financial success and faced stiff competition from the older Hudson’s Bay Company and the successful American Fur Company. While the RMF trappers succeeded in their pursuit of beaver furs, ultimately, the company failed, followed by the demise of the fur trade itself.

The 100 men Ashley recruited had a lasting impact on the region, as they created maps, guided later travelers, established business enterprises, forged relations with American Indians and ultimately left their names all across the mountain West.

Candy Moulton lives near Encampment, Wyoming, a community named for a small gathering of fur trappers in 1838 whose Rendezvous beside the river was called Camp le Grande—The Grand Encampment.