The Shoot Out in Holbrook 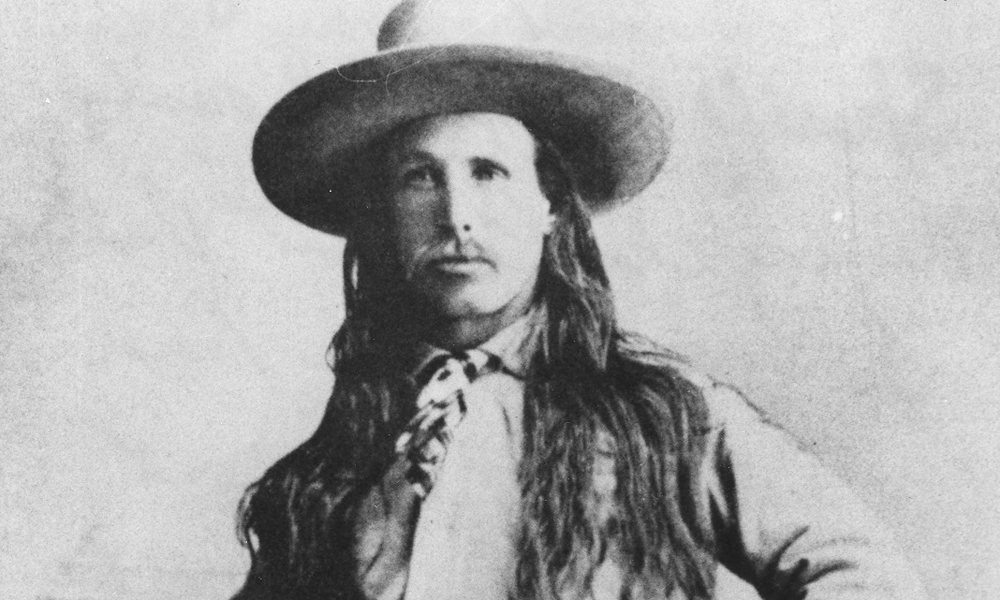 For newly-elected Apache County Sheriff Commodore Perry Owens, events were moving rapidly towards his rendezvous with destiny. Owens was known as a dead shot with both rifle and pistol. He often entertained locals with shooting exhibitions. They say for a man to qualify for Gunfighter Valhalla he must have a strong antagonist. That antagonist would arrive in the county in the form of a vicious killer named Andy Blevins Cooper.

Andy Blevins, using the alias “Cooper” came to Arizona from Texas sometime in 1884 and quickly saw the lucrative opportunities in the business of stealing livestock in the rugged Mogollon Rim Country. He was a cold-blooded killer and livestock thief. He was also a bully. He especially enjoyed browbeating peaceful Mormons in the Rim Country. Other examples of his hooliganism was the pistol-whipping of an unarmed sheepherder and stealing Navajo horses.

He encouraged his dad, Mart “Old Man” Blevins to bring the rest of the family to Arizona. Mart had a fondness for acquiring good horseflesh without paying for it and his boys were chips off the same block. Besides Andy there was John, Hamp, Charlie and Sam. They set up their “ranching” enterprise after running off the previous owners at a ranch on Canyon Creek in the Mogollon Rim country. According to an article in the St. Johns Herald, Cooper’s band openly boasted that peace officers were afraid of them.

They were having things their own way using the ranch as a staging area for stolen livestock until 1887 when things began to unravel in a hurry. The first in the family to fall was Old Man Mart. He went looking for some missing horses and never returned. His body was never found. The Graham-Tewksbury war was raging in Pleasant Valley and the old man (only 47) was in cahoots with the Grahams. It was suspected the Tewksbury’s killed him and fed his body to some feral hogs in the area.

In early August, Hamp joined a small group of Hashknife cowboys and rode into Pleasant Valley to “start a little war of our own” when they got into a gunfight with some Tewksbury partisans. When the gunsmoke cleared Hamp Blevins was dead.

Then, on September 2nd, looking for revenge, Andy Cooper and some Graham partisans ambushed a party of Tewksbury partisans, brutally murdering John Tewksbury and Bill Jacobs. Two days later Andy was in Holbrook boasting that he had “killed one of the Tewksbury’s and another man whom he didn’t know.” It was said Andy had to be stopped by the others to prevent him from scalping Tewksbury and Jacobs. After the killings Andy and John Blevins rode north to Holbrook.

Holbrook in 1887 had a dozen or so frame shacks lined up along the railroad tracks on Center Street. The Little Colorado River or Rio Chiquito Colorado ran just south of town. A half-dozen saloons, two or three stores, and a post office lined the south side of the tracks. On the north side was a blacksmith shop, livery stable and several small houses. One of those had been recently occupied by the Blevins family.

Sheriff Owens rode in from the south, pausing on a small hill outside of town to plan his next move. He rode into town and put his horse up at the livery stable, then walked over to the drug store owned by Deputy Sheriff Frank Wattron. Owens asked if Cooper was in town and when told he was, Owens said calmly, “I am going to take him in.”

He then sat down and proceeded to clean and reload his pistol. One man offered to go along with Owens to but the sheriff said, “If they get me, it’s alright, but I want you and everyone else to stay out of it.”

He then cradled his Winchester and started for the Blevins house about a hundred yards away. He noticed a saddled dun tied to a cottonwood tree a few feet in front of the house.

John Blevins was at the stable when the sheriff arrived. He slipped away to warn Andy, who told him to get his horse from the stable and bring it to the house. He fetched the horse and tied it to a cottonwood tree in front. Andy came out and was throwing a saddle on the animal when he looked up and saw Owens approaching. He turned quickly and went back into the house.

As Owens approached he saw a man watching him from an open door. As he drew closer, the door slammed shut. It was now about four o’clock in the afternoon.

Owens stepped up on the porch and said, “Andy, I have a warrant for you, and I want you to come along with me.”

“Give me a few minutes,” Andy replied, as he tried to slam the door shut. Owens quickly jammed his boot in the opening as Andy raised his six gun to fire.

Owens, still holding his Winchester in the crock of his arm, fired through the door, sending a fatal bullet into Andy’s stomach. He quickly jacked in another shell, covering the windows and doors.

Just then Owens saw Andy on his knees trying to fire again. Owens fired again, hitting him in the hip.

Sheriff Owens stepped back off the porch, his rifle still covering the house.

Just then he saw Mote Roberts crawling out of a window, pistol in hand. Owens fired again mortally wounding him.

Then fifteen-year-old Sam Houston Blevins came out the door with Andy’s pistol and advanced towards Owens.

The youth aimed his pistol at Owens, but before he could fire the lawman fired his rifle once more hitting the boy squarely in the chest.

When it was clear no one else was coming out of the house, Owens turned and walked back towards the livery stable. The gunfight lasted just three minutes. As Owens walked back up the street several townspeople suddenly appeared and a bystander asked, “Have you finished the job?”

“I think I have,” he grimly replied.

In the aftermath, one can’t help but feel sympathy for poor Mary Blevins. In the space of a couple of months she lost her husband, three sons and a fourth seriously wounded. They say afterwards she walked the streets of Holbrook in silence for some fifteen years. 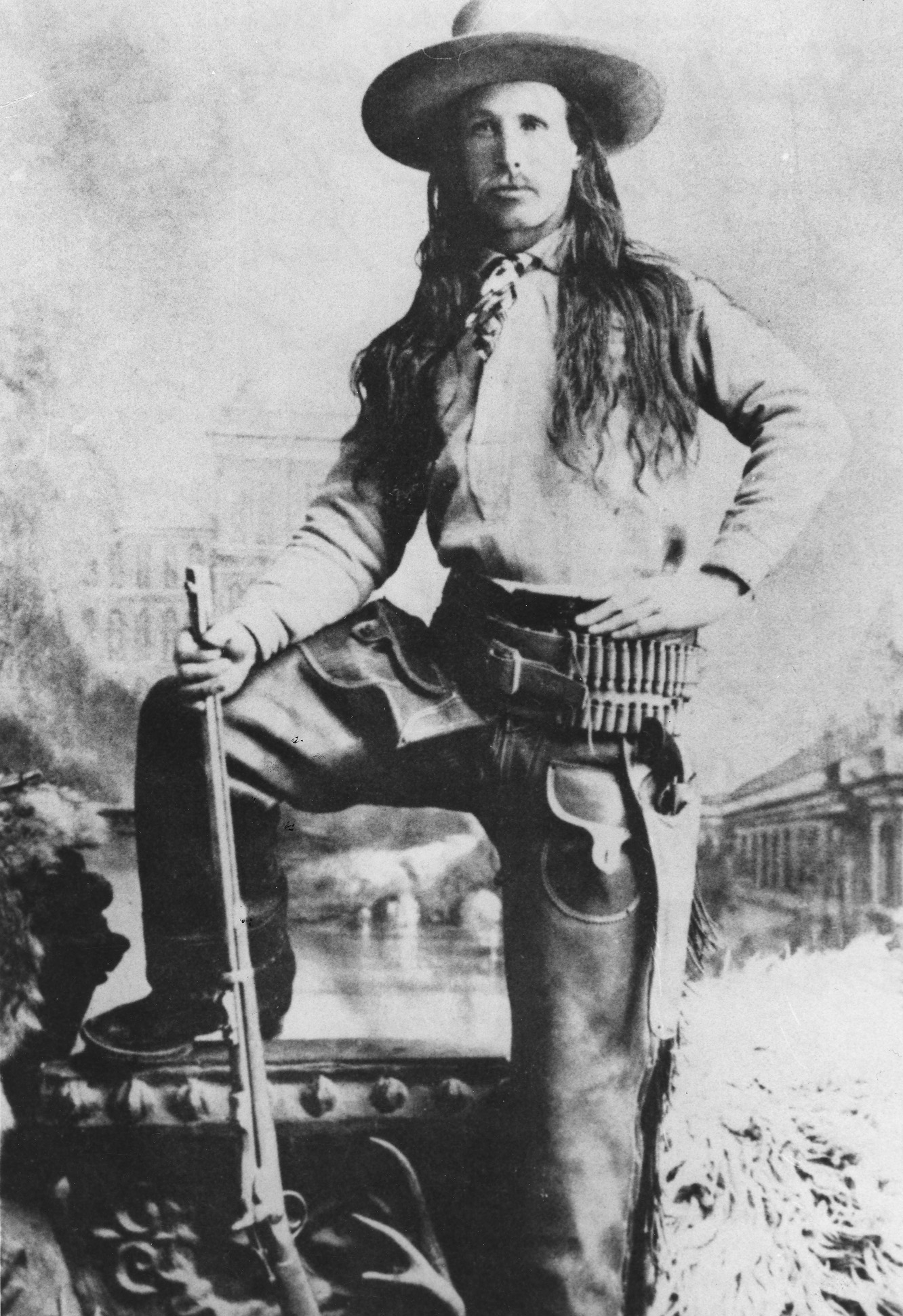