A Long and Twisted Trail 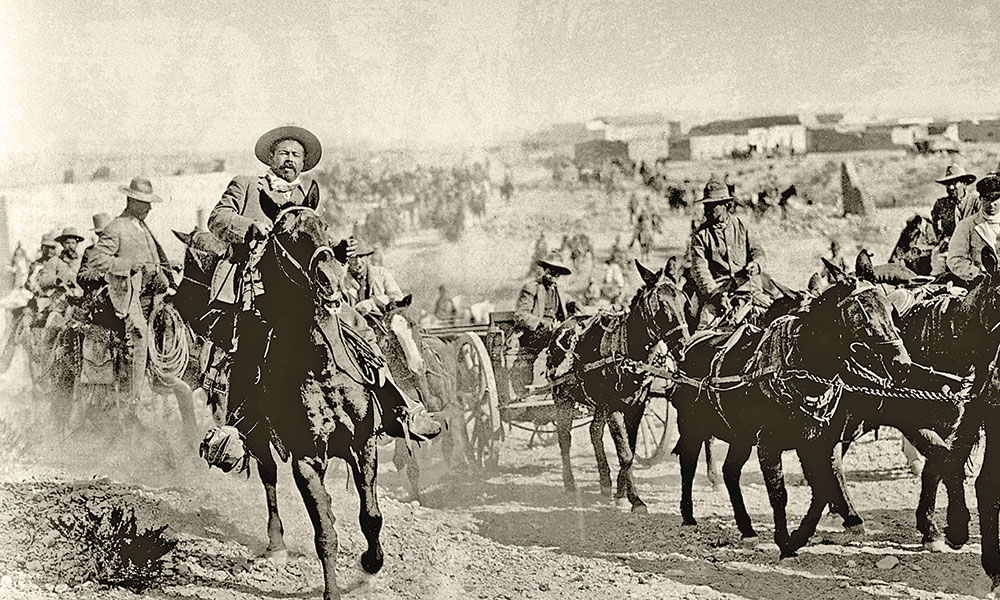 When you tug at the threads of history you will find it connected to some pretty disparate events. For example: If the United States government had not supported Carranza in the Mexican Revolution and allowed his troops to use U.S. rail lines between El Paso, Texas and Douglas, Arizona, Pancho Villa and his army would not have stumbled into a trap, near Agua Prieta, where the Carrancistas employed klieg lights in a night attack and mowed down Pancho’s men with machine guns (over 5,000 were killed or captured.)

And, if Pancho Villa hadn’t become so livid over the debacle that he decided to attack a U.S. outpost in retaliation, a Chicago newspaper crime reporter—would not have been dispatched to Columbus, New Mexico, to do a story on this Mexican invasion of the United States of America and the subsequent punitive expedition into Mexico mounted by Black Jack Pershing. And if that Chicago reporter hadn’t followed up the story in El Paso, Texas, and not gone into the Coney Island Saloon for a beer, and not been curious about the pistol hanging over the bar, he would not have heard that it was the actual revolver that killed Billy the Kid.

And if the Chicago journalist hadn’t asked, “Who’s Billy the Kid?” the owner of the saloon wouldn’t have told him that the Kid was the most famous outlaw in New Mexico Territory, many years ago, and if this crime writer hadn’t decided, seven years later, to go visit his sister, who was living in Albuquerque, New Mexico, he wouldn’t have borrowed her car and drove out to Fort Sumner to interview Paulita Maxwell and others who knew the Kid, and if he hadn’t done those interviews he probably wouldn’t have published the first Book of the Month Club title, “The Saga of Billy the Kid,” by Walter Noble Burns, and it wouldn’t have become a national bestseller and capitulated the long forgotten Billy Bonney back into the spotlight, which eventually spawned over 65 movies and hundreds of books and articles.

One more connection: The husband of Walter Noble Burns’ cousin was Thomas Mabry, who would later be New Mexico’s governor, and, who, in 1950, would interview Brushy Bill Roberts to determine if he was really Billy the Kid and grant his request for a pardon.

Brushy wasn’t, and Mabry didn’t grant the pardon. The irony here is that Brushy Bill probably got most of his information from—you guessed it— “The Saga of Billy the Kid,” by Walter Noble Burns.

Dworkin’s book tracks the elusive journalist and writer Walter Noble Burns through his byzantine search for the most famous outlaw in American history.

Thanks to Walter Noble Burns and his seminal book there have been 65 movies on Billy the Kid. One of the most popular of those films is the Young Guns franchise, starring Emilio Estevez as the Kid, at right, mashed up against the original tintype.