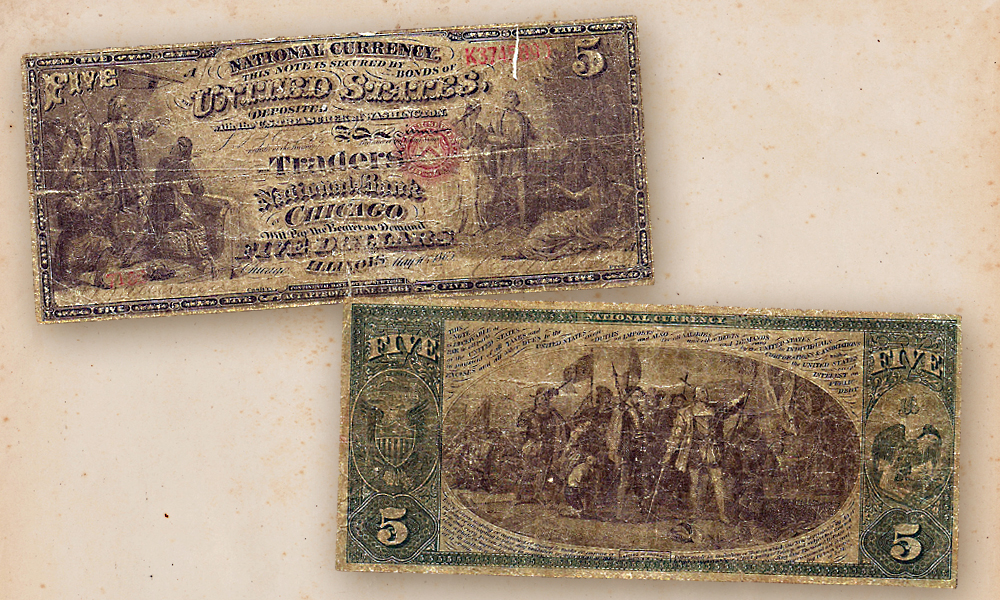 With all we know about Billy the Kid, most do not know he was part of a counterfeit ring.
The Sunday afternoon meeting had a business appearance. The Kid sported a new suit, as he ate with his new business associate, over a linen tablecloth. Outlaw Jesse James had put the two together.

The Kid’s new friend, John Hays, had ridden with James in the Civil War. Hays was laundering money for New York counterfeiter William Brockway. He and the Kid cut a deal. The Kid had stolen cattle in the Panhandle for John Chisum’s ranch, and the rancher had not paid him as promised. The Kid stole the cattle back. Chisum also owed money to Tom Folliard’s uncle, Lane Cook. Cook and his cowboys drove the stolen stock to Kansas and handed them off to Hays, who paid them in counterfeit. Lane then deposited the cash in the Mastin bank in Kansas City, Missouri, before withdrawing it for good money.

Back in New Mexico, merchant and cattleman Jimmy Dolan brought the heat to Lincoln County when he “shoved the queer”—passed counterfeit cash—in Tularosa in 1880. The owner of the store forwarded the fake bill to the Secret Service, and the agency dispatched Operative Azariah Wild to New Mexico. Wild walked in on Dolan, unannounced, catching him with bad bucks in his safe. Dolan was forced to do what crooks do; he lied, claiming he was holding the money for Billy Wilson, who rode with the Kid. Dolan and Wilson were enemies, so Dolan’s story was unlikely, but the feds dropped Wilson in the grease on the counterfeiting caper, just the same. That would have ended the story…except for one thing.

From working undercover, I knew the feds keep a sample from every case, even those from the 1880s. Inside the Secret Service vault, I worked with U.S. Marshals Service Historian David Turk to locate the sample of counterfeit that matched the bill described in Wilson’s 1881 indictment. That information led us to the counterfeit ring and the Kid’s involvement. Here is where the story gets interesting.

Four days after Dolan pointed the finger at Wilson, the Kid offered to be a government snitch. Why? Wild was on to him. A man named Smith had told Wild that the Kid was reading his reports while they were in the possession of mail carrier Mike Cosgrove.

This revelation could put Cosgrove’s visit to the Las Vegas jail in a new light. Although Cosgrove told a newspaper reporter he brought five sets of new clothes to the Kid and his gang “To see the boys go away in style,” I believe the gift was his ticket to see the boys alone so he could plead with them not to drop a dime on him for letting them read government reports.

The government didn’t need the Kid as a snitch. Sheriff-elect Pat Garrett didn’t break up the counterfeit ring in Lincoln County by arresting the Kid on December 23, 1880, at Stinking Springs. The counterfeiter Brockway was already talking to the Secret Service. The day before Thanksgiving 1880, Brockway pointed Secret Service Chief Andrew Drummond to the stolen silk paper, press plates and all his co-conspirators.

Steve Sederwall is a retired federal criminal investigator who owns Cold West Investigations. He participated in the investigation into Billy the Kid’s DNA.