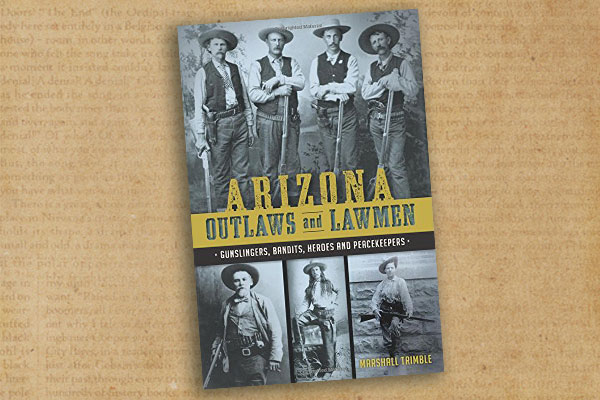 There is a lot of controversy rumbling through the airwaves and social media about Bill O’Reilly’s Fox News series Legends & Lies: Into the West. Without a doubt, Legends & Lies has the highest profile of any series currently on television about the history of the American West, and it is garnering a great deal of press. I would highly recommend watching the series to listen to the expert interpretations by True West contributors Chris Enss, Dr. Paul Andrew Hutton, Sherry Monahan (president of the Western Writers of America), Hampton Sides, Marshall Trimble and Victoria Wilcox, who were all interviewed as expert commentators for the series.

If you are having trouble getting past the actors “B-Movie” mustaches and Bill O’Reilly’s controversial comments and interpretations of Old West history on Legends & Lies (no pun intended), I suggest you read Marshall Trimble’s Arizona Outlaws and Lawmen: Gunslingers, Bandits, Heroes and Peacekeepers (The History Press). Trimble, Arizona’s official state historian, was recently honored with True West’s 2015 “True Westerner Award.” His collection of stories in Arizona Outlaws and Lawmen is backed up with an excellent bibliography and over four decades of writing, researching and teaching about Arizona and the West. So, if you find Legends & Lies a to Hollywood for your tastes, try Trimble: he continues to serve history straight up and neat, and that’s no bull!