Seeking the Creation of the Kid’s Death Record 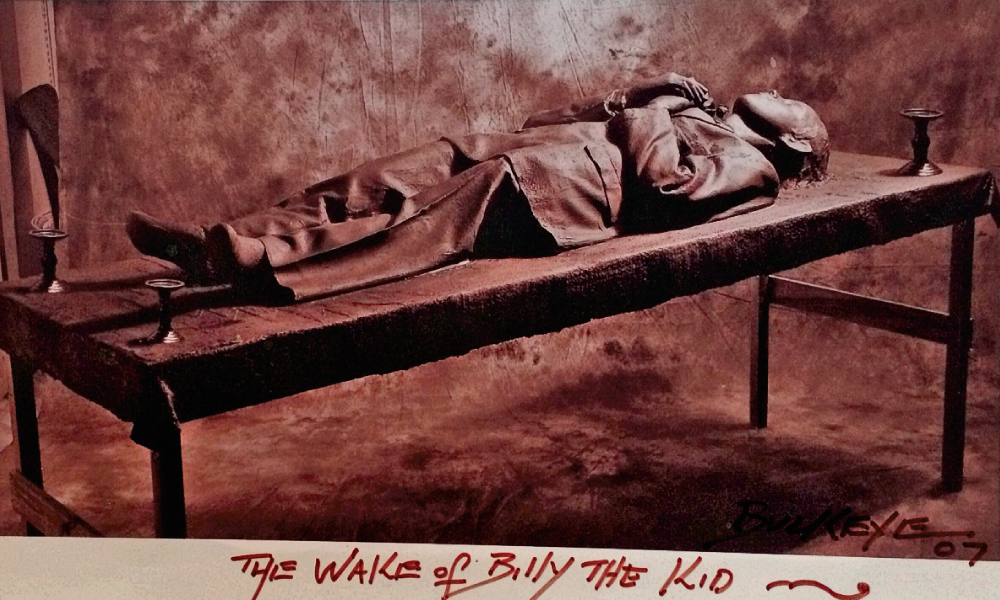 Fed up with stories that the lack of a death record is evidence that Billy the Kid didn’t die in July 1881 and instead lived on (think Kid imposter Brushy Bill Roberts), I petitioned the state of New Mexico to create such a record.  (History records the Kid died on July 14, but an eyewitness stated he died a few minutes before 12:30 a.m. on July 15.)

The Kid’s death at the hands of Lincoln County Sheriff Pat F. Garrett was confirmed by the coroner’s jury report that was written in Spanish and signed by all six members, less than 12 hours after the Kid’s death. Garrett had the document translated into English so he could collect his $500 reward. Because New Mexico Territory rarely issued death certificates in rural areas, an official coroner’s jury report served the same purpose.

But some folks won’t be convinced the Kid died in July 1881 until the death record exists. To accomplish this, I petitioned the 10th District Court in Fort Sumner, DeBaca County. Fort Sumner seemed the logical place to make this appeal, as the Kid was killed in Old Fort Sumner. But since Old Fort Sumner was in San Miguel County in 1881, I may be asked to petition the district court in Las Vegas. Either way, by the end of July, I hope to obtain a favorable ruling for the record to be created. I will then take the court order to the appropriate state office with the legal authority to create the death record. This document would legally dismiss anyone claiming to be the Kid after the death date as an imposter.

Dr. Robert Stahl is a retired history and social studies education professor from the College of Education at Arizona State University and an officer for the Scottsdale Corral of Westerners International.