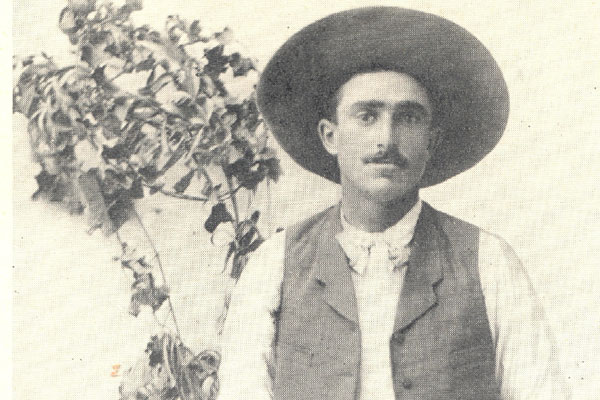 Some train robbers never seem to get their outlaw act together. A couple of Cochise County cowboys named Joe George and Grant Wheeler tried to rob a Southern Pacific train twice and failed miserably both times.

On January 30th, 1895, they stopped the SP near Willcox and climbed into the express car with a few sticks of dynamite to blow the safe. Figuring the real loot was in the safe they ignored several sacks filled with Mexican silver pesos. Twice they tried unsuccessfully to blow the safe door open before deciding to use the sacks of silver pesos for ballast. This time they used too much dynamite and blew the express car to pieces filling the air with flying pesos. It turned out the safe was empty and the only treasure had been the sacks of silver coins, which were now scattered all over the countryside. Wheeler and George rode away from that one empty-handed.

Back in Willcox local lawmen had a hard time raising a posse because when the townspeople heard about the scattering of pesos they much more interested in rushing out to the robbery site to gather coins than chase outlaws.

A few weeks later, Grant and Wheeler tried to rob the same train, this time near Doubtful Canyon on the Arizona and New Mexico border.

“Well, here we are again,” Wheeler said, grinning sheepishly at the crew.

This time they ordered the crew to separate the engine and express car from the mail and passenger cars and roll down the line to where the dynamite was stashed.  The hapless outlaws failed to notice the crew had reversed the order of the mail and express cars and they’d brought the mail car by mistake. In disgust the boys rode off empty-handed once again.