Bouncing Back After a Year of Online Displays, Curators Eagerly Await Visitors 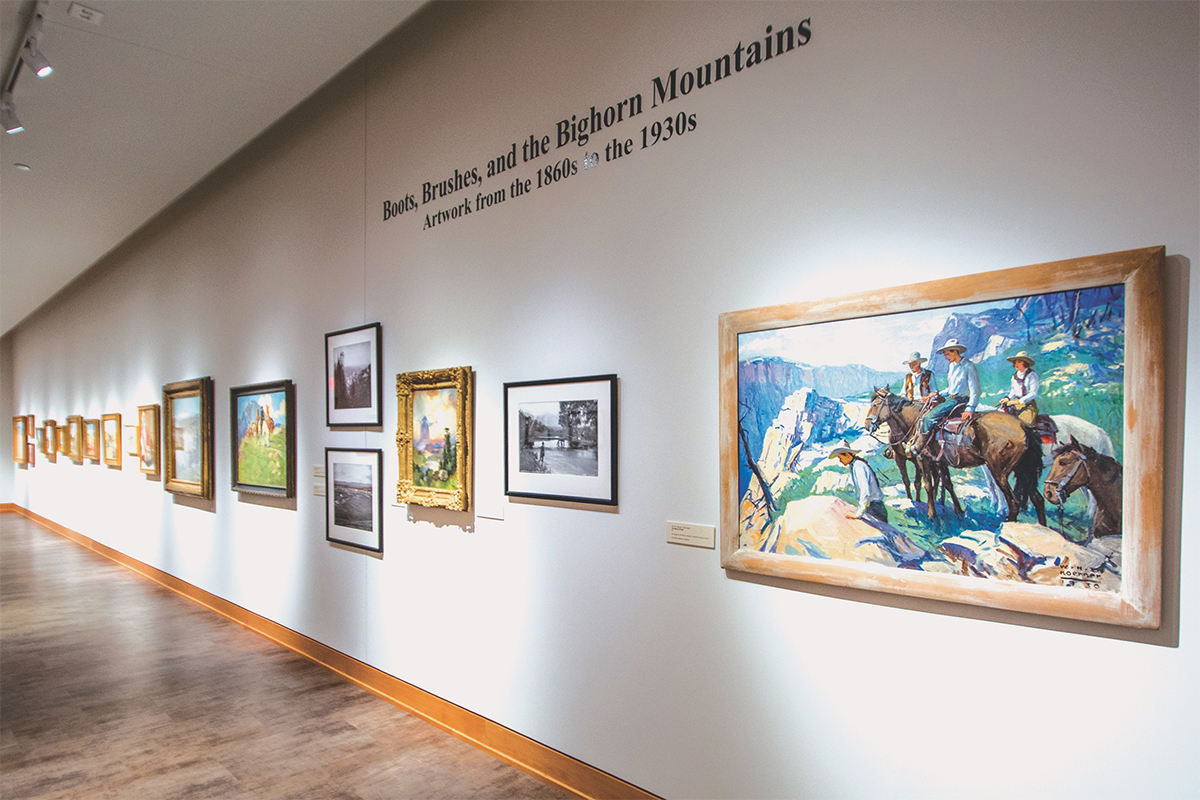 Bouncing Back After a Year of Online Displays, Curators Eagerly Await Visitors.

After more than a year of COVID-19 restrictions, Western art museums are opening their doors—not just online exhibits and presentations on Zoom—revealing what they have been illustrating for decades: That art of the American West—past and present, created by men and women of all cultures—remains alive, vibrant and relevant and continues to grow.

What follows are the best art museums.

A history museum of a legendary Texas rancher, Mifflin Kenedy (who partnered with King Ranch founder Richard King), tells its story with colorful murals by Daniel Lechón and sculptures.
Kenedy.org

It might not be Western, but “Creative Forces Honoring Heroes” (September 24-January 30), open to current and former service men and women from Arkansas, Oklahoma, Missouri and Texas, aims to raise awareness about PTSD. FSRAM.org

The 1920s ranch retreat of oilman Frank Phillips includes artwork by a who’s who, including Frederic Remington and Charles M. Russell, plus an extensive collection of 101 Ranch material and Colt firearms. The property itself is a work of art. Woolaroc.org

“Mystery and Benevolence: Masonic and Odd Fellows Folk Art from the Kendra and Allan Daniel Collection” (November 13-March 27) promises to be a delightfully educational look at Masonic and Odd Fellows folk art. Bonus points for programs on literature and film (including the Bullock IMAX), while the rock’n’roll in us loved “GUITAR: The Instrument That Rocked the World,” which closed in August. TheStoryOfTexas.org

More than cowboys and longhorns, this iconic stop on the historic cattle trail is known for art exhibits, including works by Osage Joe Don Brave (through September 30) and Apache-Kiowa Jackie “Blackhorse” Tointigh (October 1-December 31). OnTheChisholmTrail.com

The Gilcrease’s ongoing exhibitions “Americans All!” and “Enduring Spirit: Native American Art” should be on every Western art lover’s bucket list. More than 13,000 pieces of work illustrate more than 400 years of the art of America. And the Helmerich Center for American Research is first-rate. Gilcrease.org

Its collection of Spanish Colonial and Mexican religious art has been steadily growing since 2005, especially its Mexican Baroque acquisitions. Some of the names of the artists might not be familiar, but the artwork surely dazzles. SAMFA.org

Better hurry: “American Art Deco: Designing for the People, 1918–1939,” a co-venture with Kansas City’s Nelson-Atkins Museum, ends September 5. And if you love Karl Bodmer, you need to see the permanent collection “Faces from the Interior: The North American Portraits of Karl Bodmer.” Joslyn.org

Located in Mark Sublette’s Medicine Man Gallery, the wing displays Dixon’s art, as well as photographs, books Dixon illustrated and even Dixon’s easel. Sublette is one of the nation’s leading experts on Dixon. MaynardDixon.org