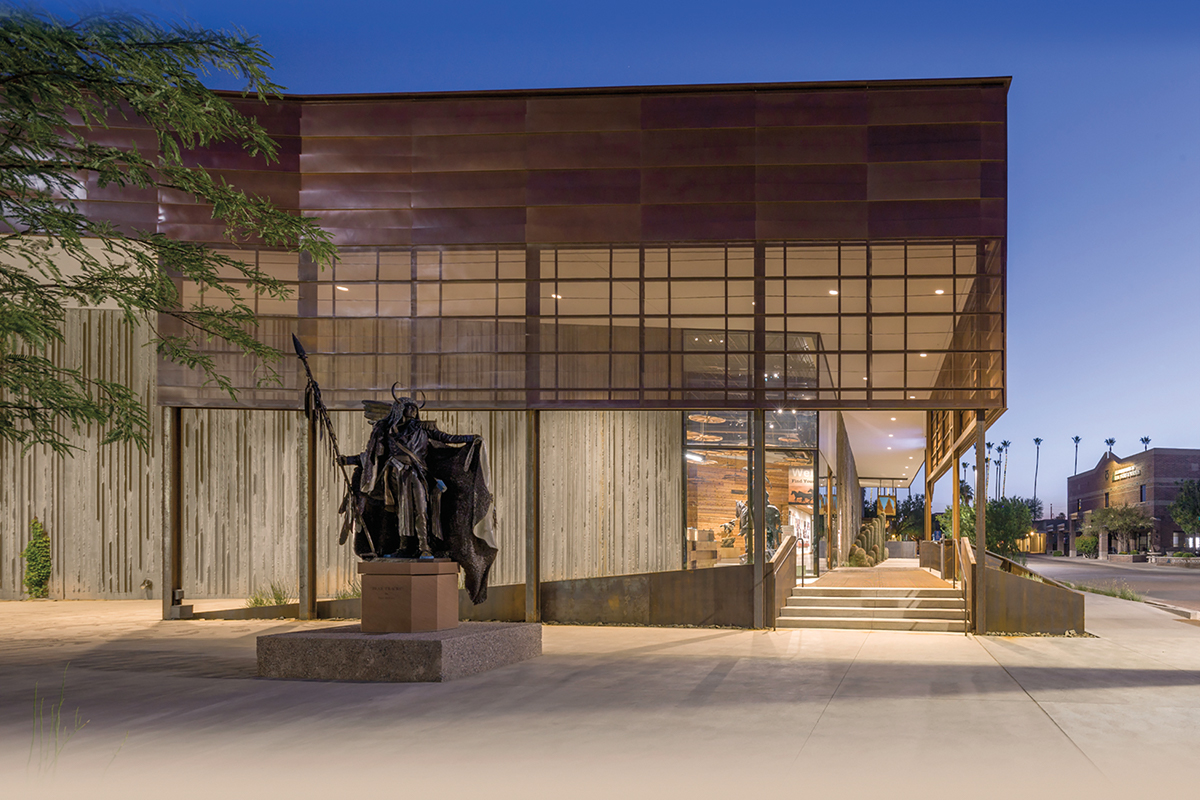 For those of us who love visiting museums to see new exhibitions, new additions to their collections or take part in programs, it is refreshing to see museums across the West reopen. Many staff members spent their time and resources during the pandemic to develop new exhibitions or enhance and maintain their existing displays. Museums began using virtual platforms to continue connecting with visitors, and even though many have reopened, some continue to present digital programs.

While many museums are still operating with limited hours, and events are held using virtual platforms, others are now fully reopened and some have made significant improvements to their exhibits. The biggest news of all is the opening of the new Boothill Museum in Dodge City, Kansas, which has 13,000 square feet of new space in a $6 million expansion project. Learn the stories about the people of early Dodge City in this interactive museum where you can place yourself in the middle of a bison herd and hear directly from the town’s founders.

Museums can use our support more than ever right now, so take a trip across town or throughout the West. Join their organization. Leave an extra donation in addition to any admission they might charge. Spread the word. Because we still live during uncertain times, call ahead to be certain the museum you plan to visit is open.

Top Western Museums of the West 2021

Editor’s Picks: 13 Museums Not to Miss

American Indian, Basque and cowboy cultural exhibits explore the history of the people of the Great Basin state. MuseumElko.org

Explore the superstition of the Lost Dutchman
Gold Mine. SuperstitionMountainMuseum.org

Buffalo Jones and the Santa Fe Trail come together at this regional center. FinneyCounty.org

Western movies, lumbering and agriculture are on display. KernValleyMuseum.org

Some of the finest bits in the world are on display…and for sale at the annual Bit Auction.

A new addition is under construction, so watch for the 2022 John Wayne Birthday Celebration. JohnWayneBirthplace.Museum

Hell Roaring Gulch and the Orphan Girl Mine Yard offer a full day of exploration (or more).

Look for Arizona’s place in space with a new exhibit including Buzz Aldrin’s astronaut suit.

Learn about Lewis and Clark and the Columbia River tribes. ColumbiaGorge.org

From pre-history to the Waggoner Ranch, this museum has diversity. RRVMuseum.org

Chuckwagons, sidesaddles and the story of the cattle trail that brought stock from Texas to Wyoming are presented. WestTexasTrailMuseum.com

Rare maps, retablos and arrowheads from the Davis Mountains are reason enough to visit, but watch this museum; there are big plans in the works.

Volunteers created a 16-foot diorama representing the 16-mile-long aerial tramway that hauled copper ore during the 1897-1908 mining boom. In 2022, the museum’s history symposium focuses on Buffalo Bill, who had his own mining interests here.

Old West history fans will love the exhibits on the Red River Wars, Billy Dixon and the battles at Adobe Walls. HutchinsonCountyMuseum.org

Learn the workings of a mine and see the rare gems and minerals. MiningHallOfFame.org

John Wayne: An American Experience (Fort Worth, TX): Be prepared to see personal family heirlooms and photographs of the actor who became an icon. The 10,000-square-foot exhibit hall located at the Fort Worth Stockyards has areas showing some of John Wayne’s iconic film scenes, props and costumes. On occasion, family members present special programs. JohnWayne.com

Southern Ute Museum (Ignacio, CO): Exhibit information is being posted online so visitors can get a taste of the new exhibit “Inside Out 2.0,” highlighting regional native artists including Norman Lansing (Ute Mountain Ute), Oreland Joe, Sr. (Southern Ute/Navajo), Hyrum Joe (Navajo/Southern Ute), Edward Box III (Southern Ute), Lindsay Box (Southern Ute) and Elise Redd (Southern Ute/Omaha). Virtual programming will continue until the museum can reopen. The museum also has started a new program to foster the arts among Native Americans. In addition to an art consignment program, they will be hosting workshops and offering art supplies to emerging artists. SouthernUteMuseum.org.