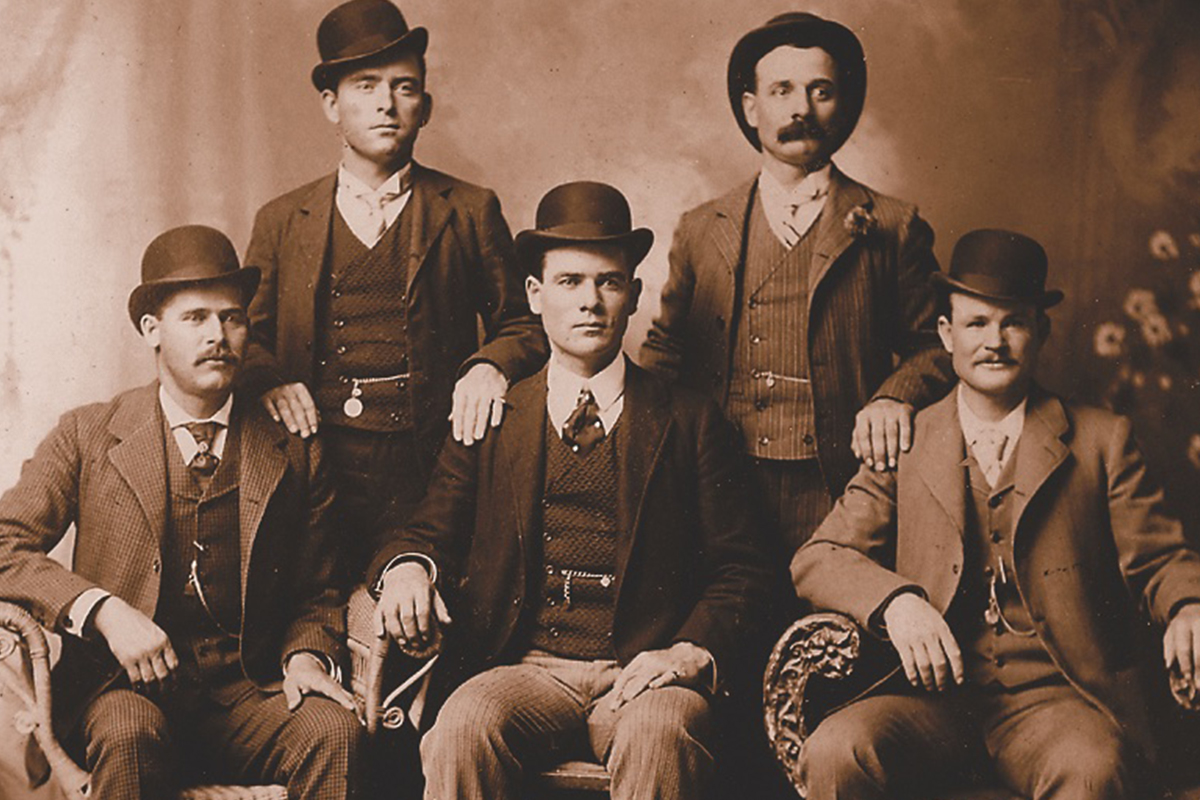 Melting snow has clogged the store/saloon’s stovepipe, and a young kid has been brought in to clean it out. Jew Jake hobbles around behind the bar on his one leg (the other was lost during a gunfight in Great Falls). He sets a bottle and glass on the bar in front of Landusky, who gets ready to take his first drink of the day.

Stepping in out of the cold, cowboys Lonie (pronounced LOne-E) Logan and Jim Thornhill, his neighboring rancher and partner, pass through the saloon into the clothing store. Their mission is to neutralize a gunman named Charles Hogan (a lunger). Thornhill orders 25 cents’ worth of apples as he and Lonie take up positions to handle Hogan when the fireworks start.

A few moments later, as planned, Harvey Logan, aka Kid Curry, comes in the front door. Kid Curry’s younger brother John stays outside and guards the front door with a Winchester. Kid Curry advances straight toward Landusky and aggressively slaps him on the shoulder, knocking the bottle out of his hand. When Landusky turns, Kid Curry punches the noted brawler in the face with all his might.

Thornhill finally convinces Kid Curry to let go of Landusky. The combatants stagger to their feet, and Landusky reaches in his coat and pulls out a semiautomatic pistol (an 1893 9mm Borchardt). As he does, he calls Kid Curry a coward for attacking him without cause. (Landusky doesn’t fire his pistol; one account claims he does, but either the gun misfired or he failed to chamber a round.)

Another Angle on The Pike Fight

Hank Curry (Denver Henry Logan) was the stabilizer, the one who prevented an out-and-out war between his brothers and Pike Landusky.

The dam broke when Hank died of tuberculosis and pneumonia in late 1893. Without his guidance, his siblings went wild, drinking and carousing and hanging out with other hard cases.

Landusky got more and more annoyed with the boys, and some near-fights broke out. The broken plow incident and Pike’s torture of the Curries while they were under arrest brought things to a boil.

There were some peaceful times. The Landusky family and the Curries all attended Methodist church services held in Jake Harris’ saloon. And Harvey, Lonie and Johnny were all heavily involved in putting on a community Christmas celebration on December 25, 1894. But the peace on earth ended two days later when Kid Curry attacked and killed Pike Landusky. If Hank had been around, it might not have happened.

Harvey soon joined George “Flatnose” Curry’s outlaw band, later merging with Butch Cassidy’s so-called Wild Bunch. A string of rustling and train robberies followed. Harvey was finally captured in 1901, but he escaped jail in Knoxville, Tennessee. After another train robbery near Parachute, Colorado, on June 7, 1904, lawmen surrounded the outlaw, and he killed himself rather than be recaptured.

Recommended: Tiger of the Wild Bunch: The Life of Harvey “Kid Curry” Logan by Gary A. Wilson (Globe Pequot Press, 2007).