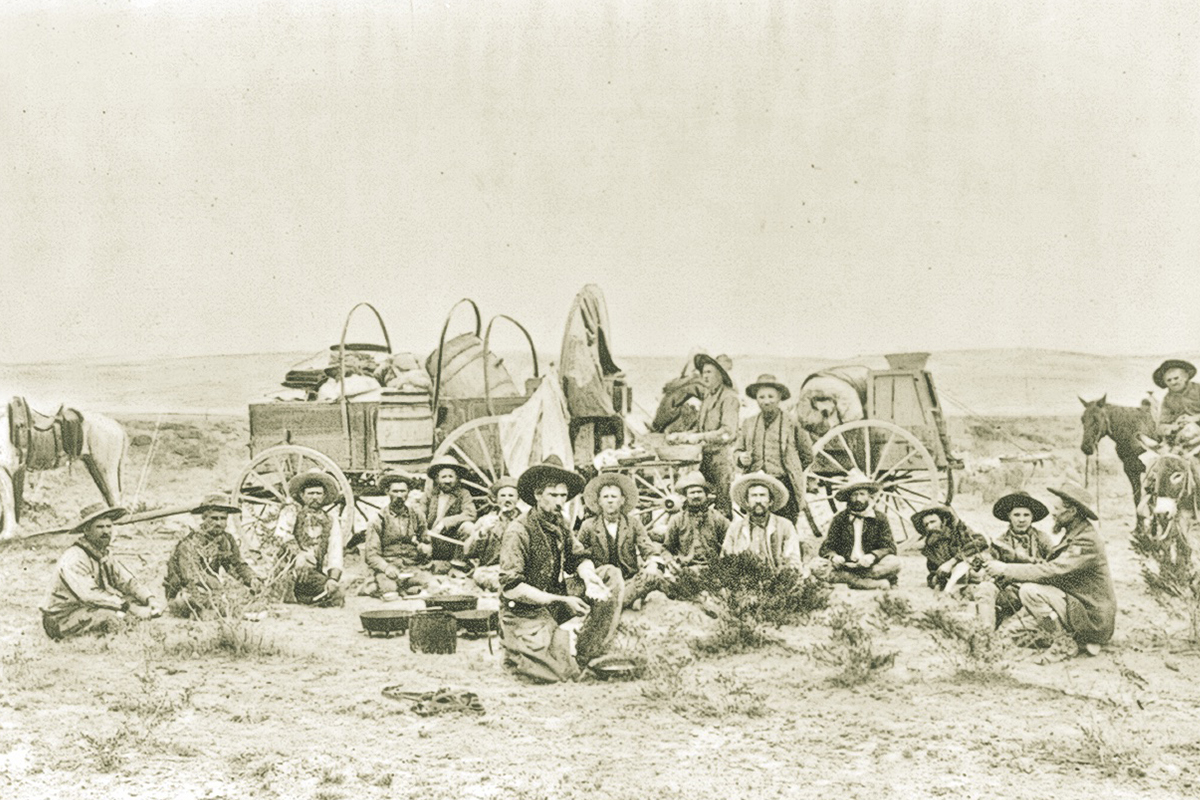 Marshall Trimble is Arizona’s official historian and vice president of the Wild West History Association. His latest book is Arizona Oddities: Land of Anomalies and Tamales; History Press, 2018. If you have a question, write:
Ask the Marshall, P.O. Box 8008, Cave Creek, AZ 85327 or e-mail him at marshall.trimble@scottsdalecc.edu.
Please always include your name, city and state.

What authority did Sheriff Johnny Behan have to arrest Virgil Earp, who was the town marshal?

Behan did not arrest Virgil Earp. He did arrest Wyatt and Doc Holliday after Ike Clanton filed murder charges connected to the street fight near the O.K. Corral. After the Spicer Hearings cleared the Earps and Holliday, Virgil returned to his job as town marshal. He remained town marshal and deputy U.S. marshal until he was badly wounded in an assassination attempt by the Clanton-led Cowboy gang on December 28, 1881.

What were the American Indians called by Europeans in the late 19th century?

In the past they were referred to as “pagans.” Sometimes they were called “savages,” “Indians,” or by their tribal names—which is how they prefer to be called today.

Of all the generals who fought during the Civil War, who would you consider the best?

There were quite a number of good generals on both sides, but if I had to pick one, it would be Nathan Bedford Forrest.

Where was the chuckwagon located during long trail drives?

The chuckwagon didn’t travel with the herd. The cook would have to move on up the trail at a fast clip so chow would be ready for the midday meal. It took about two hours to get food ready, and the cowhands wouldn’t tolerate late meals. After the cowhands were fed breakfast, the cook would clean up the plates, pots and pans then move on ahead to prepare dinner before the herd arrived at the noon stop.

Would a cowboy ever use a lariat as a noose, or would he bring a separate rope for, say, hanging a horse thief or rustler?

That is a very good question because it brings up an important point. Contrary to popular myth, stealing a horse has never been a capital offense in any state or territory. Lynching horse thieves did occur but not that frequently.

If a man was being lynched, the hangmen were probably amateurs. They’d sit the doomed man on a horse, drop a loop around his neck, throw their lariat over a stout tree limb and anchor it to the trunk. Then they slapped the horse in the rump, leaving the man dangling and dying slowly. It was crude, and it wasn’t pretty.

A trained hangman would use a good, sturdy rope—usually oiled and stretched—for public hangings. From that, he built a noose, placed it snugly around the neck, and put the knot securely behind the left ear. He adjusted the length of the rope to conform with the man’s weight so that when the trap was sprung, the drop was enough to break the neck. Instant death occurred if everything was done right. A good hangman took great pride in his work.

I read in True West that the use of toilet paper was uncommon in the Wild West days. What did people do to clean themselves?

They used dirt, leaves, grass, sticks, corn cobs, that sort of thing. If an old newspaper was near, that would suffice. They might wash themselves in a stream, if one were near. But hygiene was not a big concern back then—so body odor was a problem.