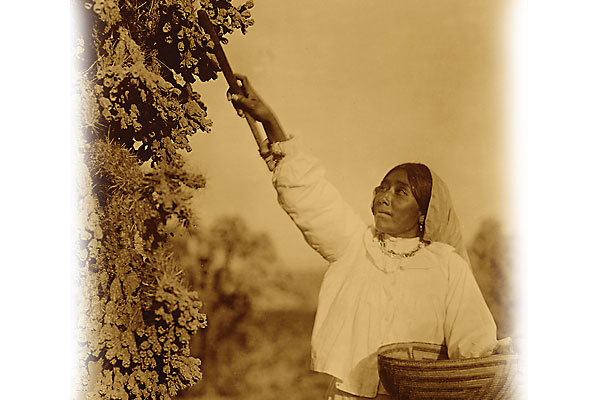 To the frontier doctor in the 1800s, the term “diabetes” referred to the patient who produced excessive amounts of urine.

The term “diabetes” is actually derived from the Greek, meaning “one who straddles,” relating to the patient’s need for frequent urination. Clinically, the doctor had to differentiate between two different disorders of urine overproduction, namely, diabetes mellitus and diabetes insipidus (the former being far more common than the latter).

The frontier doctor diagnosed the diabetes type by taking a careful history from the patient, performing a physical assessment and, if inclined, dipping his finger into his patient’s urine to obtain a miniscule taste.

Why would he taste a patient’s urine? Late 19th-century medical textbooks distinguished between the two types of diabetes largely in terms of the practical wisdom gathered over the previous hundreds of years. The term “mellitus” is derived from the Latin word for “honey,” referring to the traditional observation that the urine of the patient with diabetes mellitus tastes sweet. “Insipidus,” on the other hand, is derived from Latin, meaning “tasteless.”

Historically, diabetes mellitus has been associated with excessive thirst, over-production of urine and excessive craving for food, especially sweets, all in the face of wasting and declining health.

Diabetes insipidus is a disease associated with a pituitary disorder, in which there is a lack of a hormone that allows the body to conserve water (ADH or antidiuretic hormone). Today, the hormone ADH can be easily replaced in patients with diabetes insipidus.

Diabetes mellitus is classified today as Type 1, Type 2 or Pre-gestational. All three types involve a disorder of either the amount or the utilization of insulin, a hormone secreted by the pancreas. Insulin is the hormone responsible for, among other things, facilitating the absorption of sugar (glucose) into cells.

None of these categories were recognized or well understood among physicians practicing in the Old West. Insulin, itself, was not theoretically recognized until 1910 and was not actually identified as a substance until 1921. The treatment of patients with cattle-derived insulin began in 1922 and led to a Nobel Prize in medicine for Canadians Banting and MacLeod in 1923.

As such, the frontier doc had little in the way of treatment to offer his patients with any type of diabetes. His therapy for diabetes mellitus, however, included one approach that often works as well today as it did 125 years ago, namely the modification of diet. The frontier doc recommended that patients avoid raw sugar of any kind, including molasses, and that they eat fresh fruits, in moderation, and fresh vegetables of all kinds.

Radical changes in diet, especially those that lead to obesity, can contribute to the development of Type 2 (adult onset) diabetes. One outstanding example relates to the fate of Arizona’s Pima Indians who, beginning in the late 1800s, were forced to replace their centuries-old, diversified, natural diet, with one rich in processed foods (sugar and fat) provided to them by the government as part of the reservation system.

The National Institutes of Health (NIH) has studied the Pima people for more than 30 years and has found that one-half of the adults currently suffer from diabetes. Scientists now recognize that the Pima’s relatively low-calorie traditional diet, rich in complex carbohydrates and fiber (e.g. whole wheat, beans, wolfberries, mesquite pods and mustard seeds), was probably protective against the development of Type 2 diabetes.

Unlike today, diabetes mellitus was a relatively rare disease on the American frontier. Dr. William Osler reported only about 2.8 cases per 100,000 of population in the U.S. in 1892. It is certainly likely that many more cases went undiagnosed. Notwithstanding some inaccuracy in Osler’s estimates, today, there is a virtual epidemic of this disease compared to its presence in the late 19th century. In 2005, the U.S. was home to about 21 million diabetics (mostly Type 2), which translates into about 7,000 cases per 100,000 of population or 2,500 times the estimated prevalence of this disease in the U.S. today compared to a little over a century ago.

Like the forthcoming epidemic of tobacco-related disease, the frontier doctor probably could not have foreseen the onslaught of diabetes mellitus that would face America in the 20th and 21st centuries. Many of the risk factors for diabetes mellitus were just not present, especially the overabundance of raw sugar, leading to obesity. “Twinkies” and “Big Macs” were simply not to be had on the American frontier.