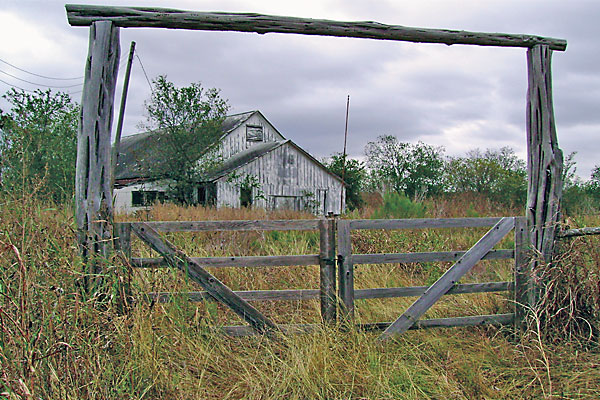 In early March, a torrent of water rushed through the Grand Canyon. It was not an act of God; man was behind the Great Flood of 2008.

Millions of gallons streamed out over a three-day period from the Glen Canyon Dam, which was built north of the canyon in 1963. The structure has  provided power to millions of people in Arizona and Utah. But it also changed the natural flow of the Colorado River, holding back sediment and warm water that used to flow to the canyon. The water is now clear and colder.

Because of that change, four fish species became extinct and two others are close. Meanwhile, ongoing erosion has led to the loss of half the camping sites in the canyon in the past decade. Scientists believe the March flood will carry sediment, allowing beaches and sandbars to be rebuilt.

Officials flooded the canyon in 1996 and 2004. Grand Canyon National Park Superintendent Steve Martin says the process should be repeated every one to two years to normalize the environs.

If you go to Luckenbach, Texas—yep, the same place Waylon and Willie sang about—you’ll find a population of three and just two buildings: a combination saloon-general store-post office and the dance hall. The hall hops every weekend, bringing loads of folks (and money) to town.

As settlers poured into Lone Star State, dance halls were often the first public buildings constructed in towns and hamlets. They hosted entertainment and served as meeting places. The halls were important to the economic development of towns throughout the state.

Texas dance halls are threatened, reported Preservation Texas in its 2008 list of endangered places. The group reports dance halls have been abandoned, dismantled or converted into antique stores and hay barns. The reason: most dance halls are in small towns, and younger folks are moving to the larger cities, leaving little support for local businesses—including the halls.

The song says, “In Luckenbach, Texas, ain’t nobody feelin’ no pain.” In those communities where the dance halls are dying, you’ll find a lot of hurtin’.

A 112-year-old school is history in Decorah, Iowa.

East Side School went under the wrecking ball in January, four months after voters vetoed a plan to lease the building to a preservation group that wanted to convert the building into a community center. The space will be used for a playground.

The structure has been empty since 1996. The National Trust named it one of America’s Most Endangered Historic Places in 2003.

For hundreds of years, the ancestors of the Pueblo Indians occupied cliff dwellings in southwestern Colorado. In the 1200s, they left—and nobody’s quite sure why. Until now.

Climate change was one of the reasons. It hurt maize productivity and led to fights between Anasazi tribes.
The combination of famine and violence killed off much of the population, leaving them even more vulnerable.
So they moved south to modern-day New Mexico, where some of their kin already lived.

They did leave behind incredible cliff dwellings, which you can view at
Mesa Verde National Park. You can see where they moved to at Bandelier National Monument.

Kohler’s report appears in the March/April issue of American Scientist.

Hanging by a Thread

What will happen to the Old Silk Mill in Petaluma, California?

The 1892 factory closed last year. The local Petaluma Preservation Group (PPG) came up with a plan to convert the building into condos, and the project seemed to have a lot of support.

But local officials threw a wrench into the works when it announced last October that the project couldn’t proceed until the City of Petaluma came up with a new general plan, to be released this year. At that point, PPG pulled out, saying the delays had cost it $1.5 million.

Mayor Pam Torliatt promises that the building will be protected and restored by someone. Just who and when is anybody’s guess.