Grande Dames of the West 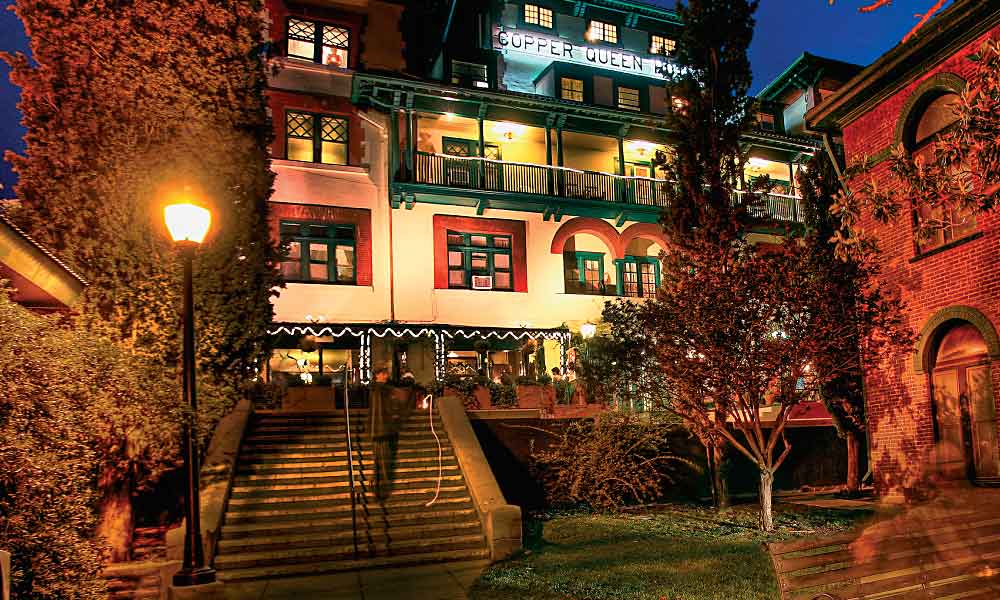 In May 1888, a host of well-dressed and polished guests crowded into the fashionable lobby of the Windsor Hotel in St. Helena, California, to catch a glimpse of actress Lillie Langtry.  When the stunning thespian arrived on the scene, lodgers and staff rose to their feet and applauded. The hotel manager presented her with a bouquet of flowers and offered to give her a tour of the establishment before seeing her to her private suite. Lillie graciously accepted and glided after the manager, a parade of fans followed closely behind. Reservations at the Windsor Hotel increased substantially during and after Lillie’s visit to the hostelry. To sleep where the star had laid her head was irresistible.

Today, Western travelers will discover many hotels and saloons, found in small towns to big cities, made famous by entertaining women of the Old West. These enterprising ladies of the stage and saloon, lodging and companionship helped build the territories out of circumstance, necessity and pure capitalist desire. Many of the inns established by pioneering women are rich in history, style and panache. Although fully renovated, the inns’ historical integrity has not been compromised, so today’s guests enjoy a historic retreat with all the modern amenities.

Conquering the untamed frontier wasn’t as easy as ambitious sojourners were led to believe. Among the first to strike it rich in the rowdy hills and plains were those keen entrepreneurs who sold supplies to the prospectors, ranchers and farmers; itinerate entertainers; and proprietors of hotels.

Far and away the most popular and profitable business was running a gaudy combination of saloon, restaurant, gambling hall, brothel, theater and hurdy-gurdy house. Women who weren’t concerned about a respectable profession opened such establishments. “Soiled dove” Eleanora Dumont operated her own saloon and boardinghouse in Nevada City, California, in 1851. Madam Jennie Rogers earned more than $5,000 a month operating her two-story business in Denver, Colorado. Scarlet lady Cad Thompson purchased three houses in Virginia City, Nevada, and at one time was considered the wealthiest woman in the territory.

Though a rarity in the early days of the West, there were those women who defied convention and made big money running respectable restaurants, theatres and hotels. Catherine Clark and her husband, John, opened the Hotel Clark in Glendale, Oregon, in the 1860s. When John died Catherine was left to manage the business on her own. It became one of the most profitable and impressive establishments in the Northwest.

Katrina Murat operated a hotel in the outlying areas of Denver in 1859 and parlayed her substantial earnings into a restaurant in Virginia City, Montana, in 1865. Shortly after arriving in Nevada City, California, in 1849, Luzena Stanley Wilson opened the El Dorado Hotel. The establishment housed 75 to 200 boarders, each paying $25 a week.

Nellie Cashman, also known as the “Angel of Tombstone” because of her generosity to the miners in the community, owned and operated the Cashman Hotel. The hotel was just one of four businesses the entrepreneur established in Tombstone, Arizona.

The Strater Hotel in Durango, Colorado, has been in continuous operation since 1887 when it was built by Henry H. Strater. The four-story, brick luxury hotel was the destination of many stars of stage, ballet and grand opera including Maude Adams, Sarah Bernhardt and Lotta Crabtree.

The Gold Hill Hotel in Gold Hill, Nevada, was built in 1859 on the first mining claim taken up in the famed Comstock Lode. Among the popular guests who patronized the inn were Mark Twain and one of his favorite entertainers, Adah Menken. Menken was an actress and poet who possessed one of the most beautiful figures in the world and regularly flaunted it on stage.

The City Hotel in Columbia State Historic Park in California was originally constructed in 1854. The stately brick building once housed the Lager Beer Saloon and was a popular watering hole for prospectors and settlers. Child star Lotta Crabtree and her mother Mary Ann traversed the gold hills in the area where Little Lotta sang and danced for hardworking miners. Members of Lotta’s entertainment troupe stayed at the City Hotel or at the Fallon Hotel next door.

The Hotel Colorado grew up beside the dusty road that led to the new silver-boomtown of Aspen forty miles away. The first structure on the site was a primitive log building that became the social center of the crossroads town in the late 1800s. Singer Miss Louie Lang from Kansas City was a frequent visitor when the hotel opened in 1893. She always arrived in two private railroad cars, one for herself and one for her horses.

The La Posada Hotel in Winslow, Arizona, inspired the setting for the MGM film The Harvey Girls, starring Judy Garland. Opening in May 1930, La Posada was the first fleet base in Arizona of the Harvey car motor service. Entrepreneur Fred Harvey, who developed restaurants and hotels that served major railroad lines, built La Posada in the center of northern Arizona. It was recognized as the finest establishment in the Southwest.

In the early 1920s some of the most famous faces in silent films could be seen in the main dining room at the Camino Real El Paso in El Paso, Texas. Built in 1911 and originally called the El Paso del Norte Hotel, the elegant establishment was hailed as the “Showplace of the West.” Academy Award-winner Gloria Swanson and the cast of El Paso stayed at the hotel in 1922 while making the motion picture.

The Bullock Hotel in Deadwood, South Dakota, is a three-story upscale inn with sixty-three sleeping rooms. Built in 1895 by the town’s first sheriff, Seth Bullock, and his business partner, Sol Star, The Bullock Hotel is known as the “Jewel of Downtown Deadwood.” In addition to a couple of gunfights that took place in front of the business there were also entertainers who performed on the hotel steps. In 1897, Miss Lillian Kennedy, known as the “most versatile actress in the country,” regaled townspeople with soliloquies and songs.

The historic Taos Inn in Taos, New Mexico, opened its doors on June 7, 1936, as Hotel Martin, named after Doc Martin, one of Taos’s early settlers. Legendary actress Greta Garbo was a frequent guest at the stylish, charming inn.

The Buffalo Bill’s Irma Hotel in Cody, Wyoming, was built in 1902 by Buffalo Bill Cody and named for his daughter, Irma. In its heyday, it was the gathering place for cattlemen, sheepmen and oilmen. It still is. “Little Sure Shot” Annie Oakley and actress-turned-novelist Caroline Lockhart stayed at the Irma.

Many hotels and inns that began as businesses serving weary travelers who needed a bed and a blanket grew to be desired destinations for adventurous migrants. The standards of accommodations and comfort rose appreciably as the West became civilized and the types of lodging and the forms of services offered at certain hotels became luxuries. As owners of those establishments and as entertainers who performed in, or were patrons of, those inns, women left their mark on the trade and helped usher in a new class of pioneer. Today, all across the West, from Durango to Deadwood, from Winslow to Taos, visitors can still sample the grandeur of these famous inns. The historic hotels and saloons, where settlers and starlets once resided, have been lovingly restored to provide today’s guests with an encore experience that the great women entrepreneurs and entertainers of yesteryear would definitely stand up and cheer for with a heartfelt, “Bravo!”

Chris Enss is a New York Times best-selling author specializing in writing about women of the Old West. She has written more than twenty books for TwoDot Books.