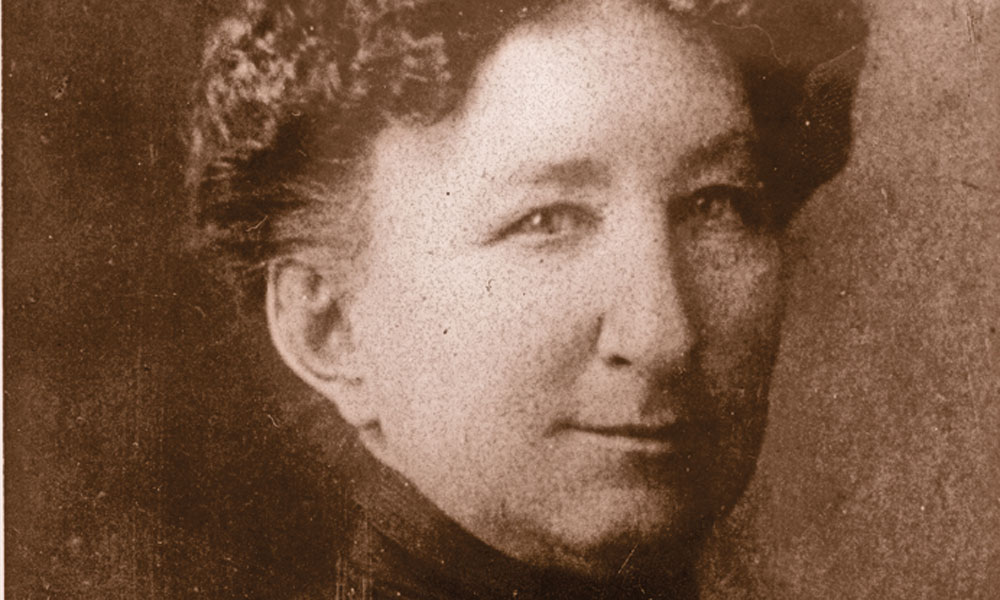 Deep within the Dos Cabezas hills lived a feisty miner who spent the last 30 years of his life with Mary Katherine Cummings, better known as “Big Nose Kate.”

Born in Nottingham in Nottinghamshire, England, in 1858, John Jessie “Jack” Howard gained U.S citizenship as a child and relocated west to Arizona as an adult. He registered to vote in Pima County as early as 1880. As one of the first miners in the Dos Cabezas mining district, Howard was memorialized by Howard Canyon and Howard Peak.

On July 2, 1883, Howard married divorcee Mary A. Smith and moved her and her five children onto his homestead in Dos Cabezas, eventually adding to the family twin daughters, Jessie and Dessie. By the time of their 1892 divorce, the couple had entertained the community with their amazing marital discord.

Their divorce document stated, “Mary displayed a vile and disagreeable disposition coupled with frequent outbursts of the most violent temper until she made his life a burden he could stand no longer.”

In court, witnesses testified about Mary’s barrage of insults that included publicly calling Howard a white-livered son of a b—-. She kept a filthy house, never washed dishes or clothing and even threatened to burn down his house and poison his stock.

Living by himself in the hills, Howard sought out a housekeeper, placing an ad in Tucson’s Arizona Citizen in June 1900, offering $20 per month, plus room and board. Looking to leave her employment at the Rath hotel in nearby Cochise, the nearly 50-year-old Mary Katherine Cummings answered the ad. Howard picked her up at the hotel, thus beginning a 30-year relationship that bloomed into respect and companionship.

She was down on her luck, having walked out on her abusive, hard-drinking Irish blacksmith husband, George Cummings. Too old to ply her former trade as a prostitute, during which she had become romantically entangled with gambler John “Doc” Holliday, she desperately needed a roof over her head.

The 1900 census listed Cummings as a “servant” in Howard’s house, and her birthplace as Georgia. For the 1910 census, her birthplace became Iowa. In fact, she was born in Budapest, Hungary. Her lies paid off in 1931, when she was allowed to live at the Pioneers’ Home in Prescott, Arizona, which accepted only U.S. citizens.

Many remembered Howard as a crank who hid behind his shack, in a manhole, so he could shoot at intruders who rode into view. But not everybody saw him as a mean old rascal. Postmaster Edwin White regularly traded honey with Howard for garden vegetables. Years later, the White children remembered Howard and Cummings as a friendly couple.

On October 12, 1926, Howard drew up his final will. Appointing Cummings executor, he left her the homestead and the Adriatic group of mines. He bequeathed $5 to each of his twin daughters who had not spoken to him since 1898.

On January 3, 1930, at the age of 72, Howard died of fluid in the lungs and hardened arteries. Cummings trudged three miles to the White home, where she announced, “Jack died last night, and I stayed up with him all night.”

Cummings paid $125 to probate the will, $50 to undertaker Frank Rottman, $40 to workmen to dig Howard’s grave and $5 each to Howard’s twin daughters. She lived alone in the shack for nearly two years while hoping to sell the claims she had inherited, although the Riggs Bank in Willcox told her they were worthless.

Hard of hearing and too feeble to chop wood or lug water, with no income in the midst of the Great Depression, Cummings sold the homestead for $535.30. She was admitted to the Pioneers Home in September 1931, where she died on November 2, 1940. Her body was buried at the Arizona Pioneers cemetery in Prescott.

Howard lies buried in an unmarked grave in the Dos Cabezas cemetery. An opinionated, tough, old buzzard who asked for little, fought over every scrap, was savagely independent and most certainly a survivor on the Old Frontier, he turned out to be the kindest and best friend Big Nose Kate ever had.

Phyllis de la Garza is the author of The Story of Dos Cabezas, among other Old West titles.