Hazards on the Long Trail 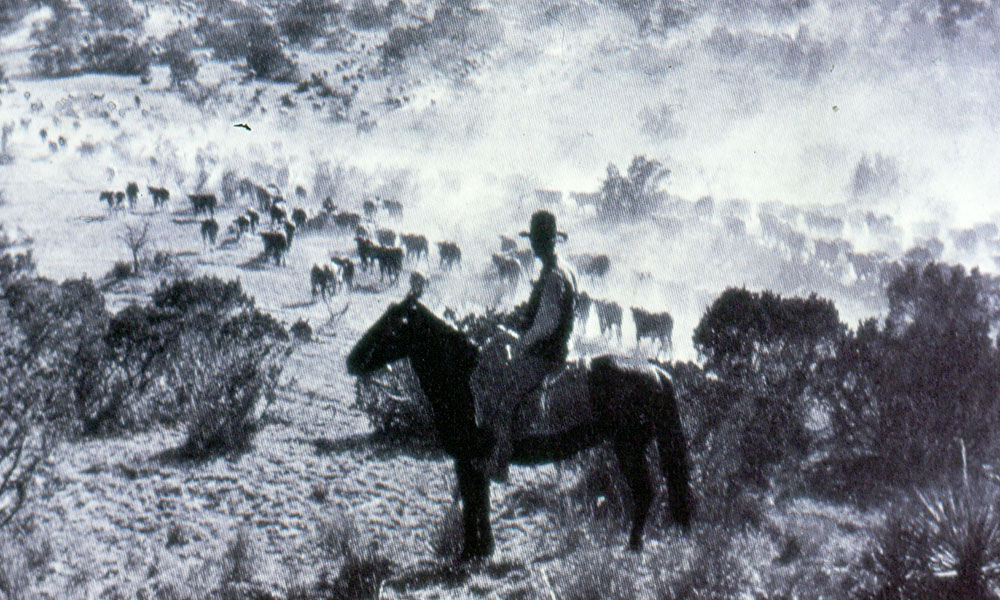 The Long drives from South Texas to Kansas from the 1860s to the 1880s were roughly six hundred miles and took about six weeks. I should have taken less but there were a number of obstacles to face along the way.

Grass and water or lack thereof could cause problems. In the early days of the drives marauding bands of Plains Indians were always a threat. Driving through the Indian Territory demands were made for beef in payment for crossing their lands. A wise trail boss dealt honestly with the tribes. One who didn’t might find his herd stampeded that night. The closer the herd got to Abilene of Dodge there was a chance that bands of Jayhawkers or ex-soldiers waiting to hijack the cows.

The most fearsome part was fording the rivers and there were many rivers to cross. High water, quicksand, deep holes were a menace as were the water moccasins that lurked in the streams.

In most cases, death was caused by accident, act of God, or sickness.

Lightning, thunder and 3,000 unpredictable cows was the perfect recipe for trouble. During those drives on the Great Plains chain lightning caused more stampedes than anything else.

The great Texas folklorist J. Frank Dobie wrote: “Stompede was the old Texian word, and no other cattle known to history had such a disposition to stampede as the Longhorns. Their extraordinary wildness made them nervous, constantly expectant, habitually alert, and gave them keenness of senses to detect objects that the most nature-sensitive of outdoors men were obtuse to.”

A herd of Longhorns might suddenly stampede at the sound of some greenhorn cowboy striking a match on his saddle horn. They could run twenty miles and more before they settled down.

An early cowboy named G.W. Mills wrote: “Then it hit us in full fury and we were in the midst of a wonderful electrical storm. We had the following varieties of lightning, all playing close at hand, I tell you. It first commenced like flash lightning, then came forked lightning, then chain lightning, followed by a peculiar blue lightning. After that show it rapidly developed into ball lightning, which rolled along the ground. After that spark lightning, then most wonderful of all, it settled down on us like a fog. The air smelled of burning sulphur. You could see it on the horns of the cattle, the ears of our horses and the brims of our hats.”

The “electric balls” Mills mentions were known to cowboys as “foxfire and to sailors they were called “St. Elmo’s fire.”

To stop a runaway herd the cowboys had to ride hell for leather and get to the front, then turn them clockwise and get them going in a circling around. They would bring the rest in making the circle smaller and tighter until the whole bunch was moving in a circle.

Dobie described it as good as any: “When cattle stompede, they run. The herd instinct in the bovine is so great that he can go from a state of watchful relaxation with his fellows to pandamonian in an instant.  It is the only ignoble thing he is capable of for he is just a poor dumb cow brute who ain’t got no mama or papa and he never went to school.”