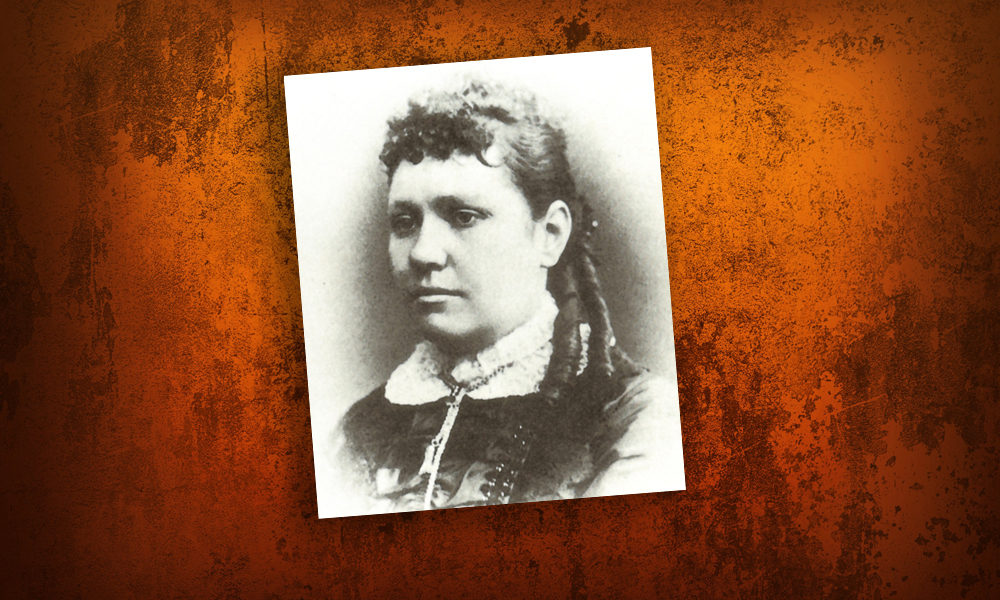 Poker Alice, the colorful “Queen of the Western Gamblers,” was both gambler and madam. She smoked long, black cheroots and packed a six-shooter.   She also had a religious side, closing her brothel on Sundays and she taught Sunday school lessons to her girls.

Her real name was Alice Ivers and she was born in Suffolk, England. The daughter of a school teacher, she was likable and intelligent. The family moved to Richmond in 1863 and after Confederacy surrendered they moved to Colorado. In her early 20’s she married a mining engineer and learned to gamble. When her husband was killed in a mining accident less than a year after they were married she was alone and destitute so she began her life as a gambler. She was a natural-born calculator, with long, slim fingers manipulating the cards deftly and surely. She drifted to mining towns all over the West, including Clifton, AZ.

She won thousands, lost it and won it again. With a pocket full of money she’d head back East, have a grand time and when she was broke, return and win more. “Easy come, easy go” was the pattern of her life. For Alice, a big win in the West called for a big binge in the East.

Once she saved a gambler named Bill Tubbs from a drunken miner who charged him with a Bowie knife. From her table across the room she pulled her pistol and shot the miner in the arm. Afterwards, she married Tubbs and they moved to a farm and adopted seven children, After Tubbs died during the Blizzard of 1910, Alice hauled his body into Sturgis, South Dakota and pawned her wedding ring for $25 to pay for his funeral. Then she went to the tables and won enough money to retrieve her ring. She married again but that one didn’t work out so she returned to gambling. It was about that time she acquired the name “Poker Alice.”

Coming out of retirement, she opened her own gambling den that doubled as a brothel.

“I would rather play poker with five or six experts than eat,” she once said. Poker Alice died in 1930 at the ripe old age of seventy-nine.