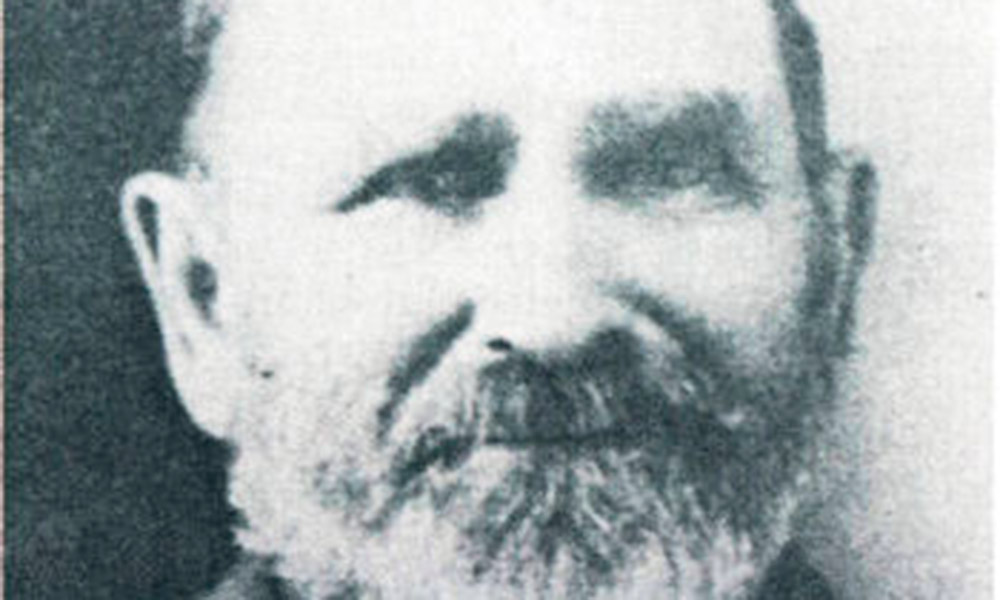 The Pleasant Valley War had its beginnings around 1880 when a man named Jim Stinson moved a large herd of cattle into Pleasant Valley. The remote valley was nestled beneath the Mogollon Rim, seventy-five miles northeast of Globe and a three-day trip by wagon. The railroad town of Holbrook was ninety miles north of the valley. The county seat at Prescott was a hundred and fifty miles to the west over rough terrain. Both Payson and Flagstaff were small settlements at the time.

James Dunning Tewksbury and his family moved into the valley in 1879 from California. His Hupa/Hoopa Indian wife and the mother of his boys, John, Ed, Jim and Frank, had died recently and he was looking for a fresh start.

In late 1879, the senior Tewksbury married a widow named Lydia Schultes of Globe. Despite having grown children from previous marriages, J.D. and Lydia had two more children of their own, becoming one of those “his, hers and ours” families. One of Lydia’s daughters, Mary Ann, married J.D.’s oldest son, John. The Tewksbury’s settled on ranches on the east side of Cherry Creek.

The Graham brothers, Tom, John and Billy, arrived in the valley from Ohio in 1882, ironically at the invitation of Ed Tewksbury. The two families got along well at first. In the annals of the Old West, most feudists waged war from ranches located at least several miles apart. This war was unusual in that the ranches were within eyesight of one another.

Jim Stinson wanted to be a cattle baron with his own empire but he branded his cattle with a simple “T,” an invitation for rustlers bent on finding a brand that was easy to alter. Soon there were a dozen or so brands stamped on cows’ hides that were all various alterations of the Stinson’s brand.

During the fall roundup in 1882 it was discovered a couple of calves wearing Tewksbury brands were sucking mama cows with Stinson’s brand. Tewksbury said it was an honest mistake during branding and Stinson was willing to let the matter drop despite his brash young foreman John Gilliland urging him to press charges. Stinson returned to the Salt River Valley and after receiving a letter from Tewksbury explaining what happened he wrote Gilliland instructing him to allow the calves brands to be vented and re-branded. Apparently Gilliland had plans of his own.

On January 11th, 1883, John Gilliland, Stinson’s fortified himself with a jug of whiskey then rode over to the Tewksbury ranch and accused them of stealing his boss’s cattle. Tom and John Graham were visiting the time. Gilliland was accompanied by his fifteen-year-old nephew, Elisha and a vaquero named “Potash” Ruiz.

Ed Tewksbury stepped out and said, “Good morning, boys, who are you looking for?”

Gilliland jerked his six-gun and replied, “You, you son of a bitch.” The foreman’s hurried shot missed. Tewksbury grabbed a .22 rifle and returned the fire, inflicting minor wounds on both Gilliland and Elisha. The youngster fell to the ground as Gilliland and Potash rode away leaving Elisha behind. The Tewksbury’s tended to his wound, which was just a scratch.

The Tewksbury’s were forced to ride a hundred and fifty miles to Prescott to answer charges. A judge dismissed the case as frivolous, but on the ride home, a weakened Frank Tewksbury took sick and died. The first death in the war had nothing to do with gunplay. The enraged Tewksbury brothers blamed their brother’s death on Stinson and Gilliland.

The Graham’s and Tewksbury’s had gone partners using, their JT brand. On March 25th, 1884 John Graham rode to Prescott and registered the brand only in him and his brother.

Stinson decided he would gain more by using his wits rather than his guns. He would conquer his foes by using a strategy of divide and conquer. He knew both the Tewksbury’s and Graham’s were both putting their brands on his cows.  He also knew if he went to the Tewksbury’s and tried to cut a deal they would send him packing. They were not power hungry, craving respect nor overly ambitious. The Graham boys were just the opposite and he would work with them. Thus was born what author Don Dedera dubbed, the Treaty of War.

Sometime in early 1884 Billy Graham a half-brother arrived from Iowa.

Stinson’s deal with the Grahams was they would secretly work for him as range detectives and would be given twenty-five cows and twenty-five calves for each larceny conviction.

On March 29th, 1884, John Graham filed a felony complaint against the Tewksbury brothers for altering brands on sixty-two head of cattle. It was a classic double-cross that would be the trigger the Pleasant Valley War.

When the news of this agreement between Stinson and the Graham went public the Graham’s reputation was sullied. Charges were filed against them for perjury and Judge Summer Howard ordered them arrested. The Tewksbury’s were acquitted and all charges were dismissed.

On July 24nd, 1884, John Tewksbury boldly rode over to the Graham ranch and faced off against the Graham brothers and a few of Stinson’s cowboys. He dressed down the Grahams for their treachery and slapped John across the face. Then he got on his horse and rode out.

Jim Stinson had enough of the “troubles” in Pleasant Valley. On May 1st, 1884 he sold his ranch, horses and cows. There would be one final gunfight between the Tewksbury’s and his cowboys. Marion McCann, who’d replaced John Gilliland as foreman and his cowhands were rounding up the cattle to transfer to the new owners when John Tewksbury, George Blaine and two others rode up and after a heated exchange, engaged in a brief gunfight. Blaine suffered a near fatal wound in the neck and Tewksbury received a minor wound. After a brief inquiry, no charges were pressed and the matter was officially dropped.

By late August, 1884 the new owners had moved Stinson’s cattle to the Salt River Valley. Stinson was gone too but he had managed to turn the Grahams and Tewksbury’s, former friends, into bitter enemies and the worst was yet to come.

The fat was in the fire.