The History of Mules 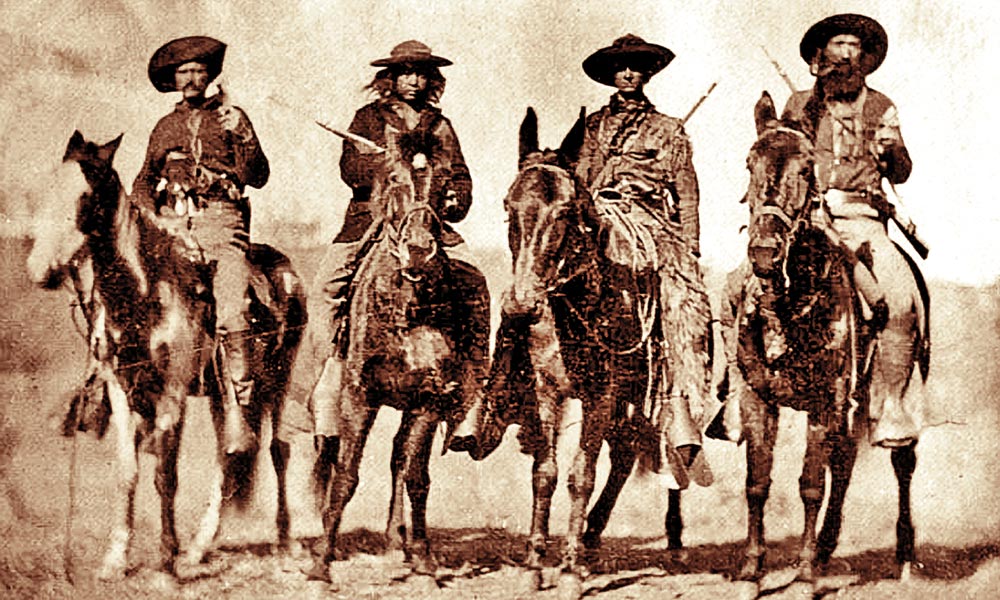 “There is no more useful or willing animal than the Mule.
And perhaps there is no other animal so much abused, or so little cared for. Popular opinion of his nature has not been favorable; and he has had to plod and work through life against the prejudices of the ignorant.”

—Muleskinner Harvey Riley, in his 1867 book, The Mule

The mule and jackass’s role is often misunderstood in the history of the Old West.

Over the years, the mule and his papa, the jackass, have morphed into being portrayed in most Western TV shows and movies as coming from the Jed Clampett side of the equine family tree. The exceptions among these include Ruth, the steadfast mount of Gunsmoke’s Festus, and Roscoe, ridden by Shotgun Gibbs in The Life and Legend of Wyatt Earp. But the truth is, many well-known folks in the frontier West rode mules—and liked them!

In a fictional portrayal of real-life U.S. Army scout Mickey Free, he rides a mule, Tú, portrayed as Free’s sure-footed, fearless, intelligent and trusted companion. Tú exemplifies what those in the Old West appreciated about the mule and why so many (Gen. George Crook and “Buffalo Bill” Cody, just to name a couple) chose a mule as their mount over a horse.

A Jackass And His Illegitimate Child Will Eat Anything

“Sage-brush is very fair fuel, but as a vegetable it is a distinguished failure. Nothing can abide the taste of it but the jackass and his illegitimate child, the mule. But their testimony to its nutritiousness is worth nothing, for they will eat pine knots, or anthracite coal, or brass filings, or lead pipe, or old bottles, or anything that comes handy, and then go off looking as grateful as if they had had oysters for dinner.”

What the heck is a mule? A mule is a hybrid equine created when you breed a female horse to a male donkey.

Why would anyone want to do that? Glad you asked. A hybrid results in “hybrid vigor,” which means that the animal created is healthier and, in many cases, bigger than either parent.

That vigor comes at a price though, as 99.9 percent of mules are sterile. Oh, they have the equipment to make babies, just not the capability to do so due to having an odd number of chromosomes. The horse has 64 chromosomes, and the donkey, 62. Thus, the mule ends up with 63, an amount that makes it almost impossible for the mule to procreate on its own.

Some of the earliest writings  about the mule that have been translated into English came from Aristotle in 350 BCE. From that time forward, documented cases revealed female mules can breed with a stallion or a donkey jack (and female mules are currently used as surrogate mothers for horse embryo transplants), but I have never found one record of a male mule successfully breeding anything. Thus, male mules must be gelded. They have all the hormones a male should have, and they can act like complete boneheads if left intact.

“Still, he has been the great friend of man, in war and in peace serving him well and faithfully,” wrote Harvey Riley, who spent 30 years studying mules while overseeing the mules that headed out West for cavalry use during his service as stockmaster in Washington, D.C.

In ancient texts, including the Bible, kings and generals rode mules. This goes back to that hybrid vigor. Since mules were taller than their horse mothers, kings and generals riding mules sat taller than others mounted on indigenous horses, which meant they could see above troops surrounding them. No wonder the mule has been the preferred mount of the powerful for millennia.

What happens if you breed a male horse to a female donkey? The resulting hybrid is called a “hinny” or “hinnie.” This match is not as popular as the mare-jackass cross.

Remember that issue with the odd chromosomes? You have a better chance of making a hybrid baby if the mother has the higher number of chromosomes—thus, the horse makes the smarter choice as the hybrid mother.

Another issue is that a stud does not usually breed outside his species in nature; most studs have to be taught to find a female of another species enticing.

One other problem is that most donkeys are much smaller than a horse. (Exceptions include larger breeds of donkeys, such as the American Mammoth Jackstock, which can be taller than a horse. Mickey Free’s Tú, for example, was 16 hands high, from the ground to the withers, which is the high part of the back, just behind the neck.)

The probabilities of the female donkey getting pregnant with a horse’s baby, and then carrying that baby safely to term, are greatly diminished.

“The Indian vocabulary in the
Humboldt Valley was rapidly enlarged by contact with the white immigrants, for Shoshoni and Paiutes were soon referring to oxen as ‘whoa-haws,’ and to mules as ‘god damns.’” 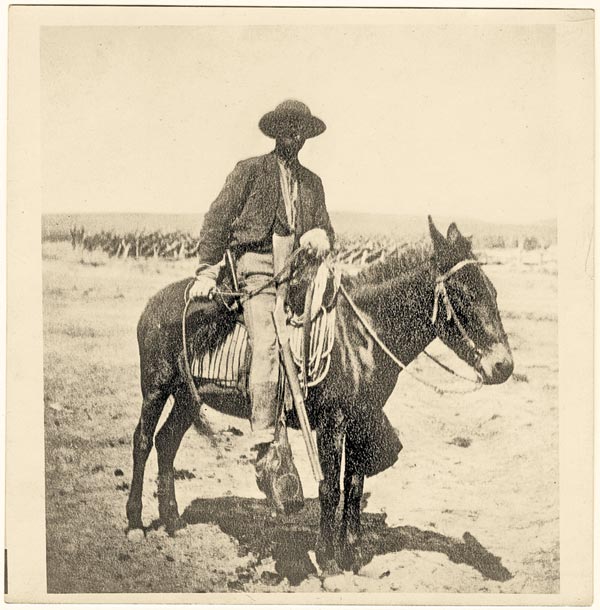 How should mules be handled? Riley knew best. At any given time during his 30-year career, Riley was in charge of more than 5,000 mules—and the young recruits who wanted to be teamsters.

Riley steadfastly advocated humane treatment of mules, writing, “If he could tell man what he most needed it would be kind treatment…. It has indeed seemed to me that the Government might make a great saving every year by employing only such teamsters and wagon-masters as had been thoroughly instructed in the treatment and management of animals, and were in every way qualified to perform their duties properly.

“Indeed, it would seem only reasonable not to trust a man with a valuable team of animals, or perhaps a train, until he had been thoroughly instructed in their use, and had received a certificate of capacity from the Quartermaster’s Department. If this were done, it would go far to establish a system that would check that great destruction of animal life which costs the Government so heavy a sum every year.”

Why was the mule so popular out West? The mule inherited the best from both parents. The horse mother passed on her athletic ability. From the wise jackass, intelligence, broader range of vision, longer ears that helped cool the animal down in hot weather and a smaller hoof than a horse’s that made him more sure-footed.

Donkeys evolved in arid, mountainous regions, whereas the horse evolved on the plains. If something scared a horse, he would try and outrun the threat. If something scared a donkey, he was liable to commit suicide by running off a cliff if he didn’t stop to determine whether he should face the threat or take a chance on trying to escape. All those centuries of thinking have resulted in the donkey being the wise equine, and he passed this intelligence on to his hybrid sons and daughters, the mule.

What some may perceive to be stubbornness in the mule is actually a combination of smarts and self-preservation. He will not get himself hurt, which, in turn, means he will not get his rider hurt.

The winner of this genetic mix was the mule, and those smart enough to ride one.