David McCanles, his 12-year-old son William and two employees ride up to Rock Creek Station, Nebraska Territory. Leaving his two hired hands at the barn, David goes with his son to the main house and demands that the occupants clear out.

Pony Express station keeper Horace Wellman tells David he has no such authority (see “Deadly Deal” sidebar, opposite page). An argument ensues. A frightened Horace retreats into the house, while Jane, his common-law wife, stands outside the doorway and berates David for thrashing her father earlier over an alleged theft.

James Butler Hickok (not yet Wild Bill) appears in the doorway. He tends to the Pony Express station’s mules and horses. David advises the stock tender to keep away.

A known bully, David may have been carrying his usual pistol and shotgun that day. To gain time, David asks Hickok for a drink of water. Hickok steps inside to get it.

Moments later, a shot is fired from within the house, and David collapses.

James Woods and James Gordon, David’s two employees, rush up from the barn and are both shot, though not fatally. Jane supposedly takes a hoe and smashes Woods’s skull, perhaps aided by her still-frightened husband.

Gordon manages to escape into the brush, but his bloodhound follows him, and his pursuers follow his blood and the dog. Gordon is easily found and killed with a shotgun blast, supposedly by James W. “Doc” Brink, a Pony Express rider.

William runs to his father’s side, but he’s driven away by Jane. The boy escapes into the brush and makes it to safety.

The Deadly Deal of David McCanles

David McCanles rides over to Rock Creek to evict the tenants that July day not only because of delinquent payments, but also because his station manager Horace Wellman told him some big news on July 11: the Pony Express company renting Rock Creek is bankrupt.

In April 1860, Russell, Majors & Waddell organized the Pony Express and leased Rock Creek as one of its relay stations. Later, the company negotiated a sale to David—one-third down, the remainder to be paid in monthly installments spread over three months.

When David showed up to clear house, he paid the ultimate price. Yet he died no innocent businessman. The ex-sheriff ended up in Rock Creek in 1859 after fleeing North Carolina with his mistress, Sarah Shull, and misappropriated county funds. He bought the overland station and corral, then built a ranch and sent for his family. His wife and kids showed up to find Shull (described as a “domestic” in census returns). A furious Mrs. McCanles put up with the mistress—barely.

The mistress may have sounded his death knell. James Hickok was also attracted to Shull, which likely contributed to the friction between him and David. Horace Wellman, though, also could have fired the deadly shot, to avenge David’s beating of his father-in-law.

The truth eludes historians to this day.

Hickok’s days working with mules at Rock Creek prepare him for his next charge of duty: as a civilian scout for the Union during the Civil War. After he signs up at Fort Leavenworth in Kansas, he transports food, guns, ammunition and gear to depots or troops as a wagon master.

“The wagons were usually pulled by mules that were controlled by the teamsters, one of whom rode the lead mule or walked alongside it,” Joseph G. Rosa wrote in Wild Bill Hickok. “Driving the wagons through a war zone was a hazardous task. The wagon teams were on guard against attack from enemy troops and guerrillas anxious to steal scarce supplies. They also risked severe weather and other natural dangers.”

Three days later, James Hickok, Horace Wellman and James W. “Doc” Brink were arrested and charged with murder on warrants sworn out by the McCanles family. After a preliminary hearing, the defendants were discharged when the judge ruled they were defending company property at the time of the killings.

Six years later, Col. George Ward Nichols wrote a fantasy account of the fight for Harper’s  New Monthly Magazine, that turned the cold-blooded killing into a master gunfight. In this version, David McCanles and his “gang of desperadoes, horse-thieves, murderers, regular cut-throats” rushed the cabin where Hickok was holed up. Hickok managed to win a fierce hand-to-hand battle and killed all of his assailants. This fictional account inspired subsequent writers and enlarged the myth. 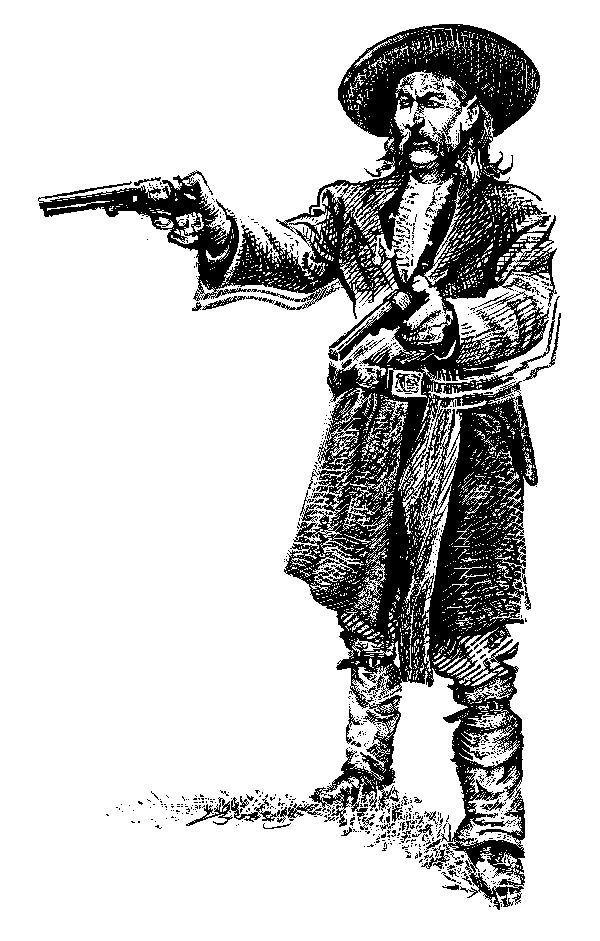 Recommended: They Called Him Wild Bill by Joseph G. Rosa, published by University of Oklahoma Press. For a study of Sarah Shull, David McCanles’s mistress, an excellent source is Tales Never Told Around the Campfire by Mark Dugan, published by Swallow Press.