The Johnson County War: The Grandaddy of the Old West’s Range Wars 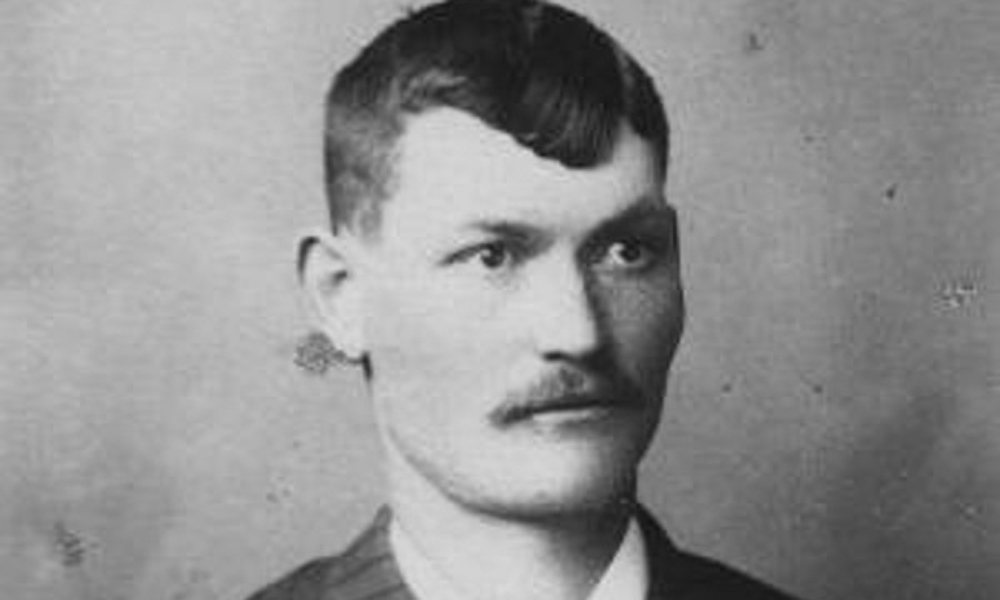 On April 9th, 1892 in Johnson County, Wyoming a column of hard-looking men rode up to within a short distance of the small ranch headquarters just south of the Middle Fork of the Powder River just before dawn.  The icy snow blowing in from the north was blinding. They dismounted and held a short parley. In a few minutes the cabin was surrounded. They waited for daylight, rifles ready.

An old man stepped out of the cabin but no shots were fired.  He wasn’t on the hit list. He carried a bucket and was headed to the river and when he was out of sight of the house they grabbed him.  A few minutes later a younger man stepped out, apparently looking for his friend. As he made his way towards the stable he was taken prisoner and placed him with the older man. The two men were trappers, Bill Jones and William Walker were passing through and had been invited by Champion to stay the night.

After a while one of the wanted men, big Nick Ray stepped outside.  A shot rang out and Ray went down. He staggered to his feet but fell again.  Others began firing.

Suddenly, Nate Champion was in the doorway jacking the lever of his Winchester and firing several rounds into the stable. He reloaded and commenced firing again as Ray crawled slowly towards the door, Tossing his empty rifle aside, he reached down and pulled Ray inside the cabin.

Champion kept reloading and firing as bullets thudded into the cabin walls from all directions.  During the lull in the fighting he calmly took a pencil and tablet and began to write:

“Me and Nick Ray was getting breakfast when the attack took place.  Two men here with us—Bill Jones and another man. The old man went after water and did not come back.  His friend went out to see what was the matter and he did not come back. Nick started out and I told him to look out, that I thought there was someone at the stable and would not let them come back. Nick is shot but not dead yet.  I must go and wait on him”

From most accounts Champion was an honest man, never charged with a crime in Texas or Wyoming but had been marked for death by the WCGA.

The WSGA had created a hit list and then imported twenty-two Texans to exterminate “rustlers.” Recruited in and around Paris, Texas, they rode by train to Denver where, on April 5th they were met by a few Wyoming ranchers, who then issued new, high caliber .45-90 and .38-55 Winchesters.  With the curtains drawn and the doors locked, they headed north to Cheyenne where they were connected to a special train equipped with a passenger car, baggage car, three stock cars and a flat car.  That evening they pulled out for Casper where they unloaded and prepared for the invasion of Johnson County.

The plan called for the “invaders” to take the town of Buffalo but when they heard fifteen “rustlers” were holed up at the KC Ranch on the Powder River.  Plans were changed, something that turned out to be a fatal mistake and in the early morning light, the forty-man army attacked the cabin. Nate Champion and Nick Ray were the only ones on the hit list inside the cabin.

The invaders poured steady gunfire on the cabin all day while Champion gamely fought back.

“Shooting again I think they will fire the house this time.  It’s not night yet. The house is all fired. Good bye, boys, if I ever see you again.”

Never in the annals of a western gunfights has a participant had the presence of mind during the fight to keep a diary of the day’s events.  What’s even more astounding is he was outnumbered more than forty to one.

That evening they set fire to the cabin and as smoke and flames engulfed the structure, Champion made a break for freedom.  He’d only run a short distance when a rifle bullet dropped him and the fight was over. A note was pinned to his shirt saying, “Cattle Thieves, Beware.”

Before leaving they pulled Ray’s charred body from the ruins.  The blood-soaked diary was found on Champion’s body but left as there was no incriminating evidence in it.  A newspaper writer named Sam Clover, who accompanied the invaders would get possession of the diary and Champion’s last words would be printed on the front page of the Chicago Herald.  Later, when one of the leaders of the invaders, Billy Irvine, demanded the reporter return the diary, he was told it had been destroyed.  It has never been found.

Champion did not die in vain. By holding the invaders at bay for a day, other small cattlemen learned of the gunfight and rallied the people in Buffalo and the surrounding area of the invasion. But that’s a story for another time.