The Killing of John Younger: Bad Day in Roscoe, Missouri 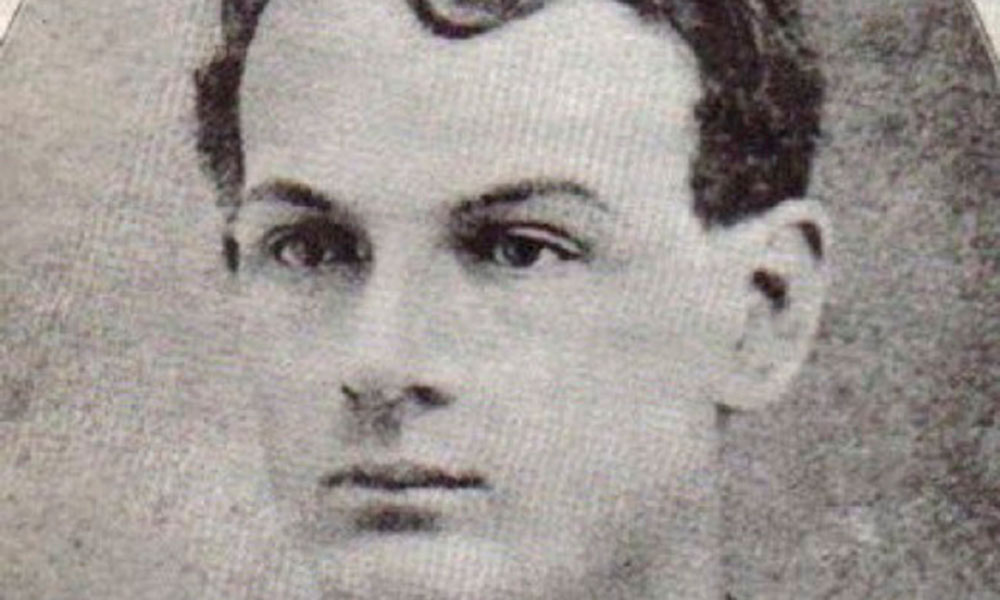 In 1873 Jim, John and Bob Younger joined their brother Cole, who along with Frank and Jesse, had formed the James-Younger gang. John was described as the coldest and fastest gunman in the gang. Unlike his brothers, who generally abstained from alcohol, John also liked to drink and raise a ruckus.

The first train robbery attributed to the James-Younger gang was the Chicago Rock Island Line, near Adair, Iowa on July 21st, 1873. To halt the train they removed some rails, causing the engine to flip on its side, killing the engineer and injuring the fireman and several passengers. Their image as social bandits was tarnished. After the Adair train robbery, they changed their methods by flagging down the trains. Evidently there is a learning curve to robbing trains.

They knew the train was carrying gold and silver bullion so after removing the cash, demanded to know where the bullion was. Believing bullion meant coins they were surprised to see the heavy gold and silver bars lying on the floor of the express car. They were horseback and this kind of a heist required a large wagon. The boys got away with some $3,000 in cash but were forced to leave the huge cache of gold and silver behind.

Six months later, on the afternoon of January 31st, 1874 Cole and John Younger, Frank and Jesse James, along with Art McCoy pulled the first peacetime train robbery in Missouri history at the whistle-stop town of Gads Hill. The boys rode away with some three thousand dollars.

Like the Wild Bunch having their sanctuaries in the Hole in the Wall and Browns Hole the Younger’s found a safe refuge in Monegaw, Osceola and Roscoe in St. Clair County. They had a hideout at Monegaw Springs in a cave overlooking the Osage River. In March, John and Jim were staying with relatives in a cabin some three miles south of Monegaw.

Two Pinkerton detectives, Louis Lull and James Wright who also went by the name of Boyle checked into the local hotel. They had been sent to the area with a group of “Pinks” following the robbery at Gads Hill. Unable to find any of the gang, they soon left the area but Lull and Wright decided to return. They were posing as cattle buyers. The agents knew the Younger’s were well-known in the area. A part-time deputy in Osceola named Jim Daniels joined them.

On the evening of March 16th, 1874, while John and Jim were having a good time dancing at the Monagaw Hotel the two Pinkerton agents were checking into the Roscoe House in the small town of Roscoe. They learned the widow Sims was selling some cows and decided this would give them an excuse for being strangers in the area.

On the afternoon of March 17th the two Younger brothers stopped at the Snuffer’s house for lunch. Just as they were getting ready to eat, Lull and Daniels came to the door. Wright fearing he would be recognized, waited out of sight. John and Jim hurried up to the attic and watched through a small window while Theo Snuffer gave the “cattle buyer’s” direction to the widow Sims place. The men thanked him and left. When John and Jim came downstairs Snuffer told them the two strangers headed in the opposite direction of the Sims place. John was suspicious. He wanted to follow and see what they were up to but Jim didn’t want any trouble. John thought one of them was too-well armed to be a cattle buyer and persuaded Jim to join him.

John and Jim retrieved their horses from the barn and rode after the pair. Meanwhile, Wright had joined Lull and Daniels. When they heard the sound of galloping horses, they turned and saw two riders coming.  One was armed with a shotgun.

Wright spurred his horse and took off, leaving his comrades. Jim fired a shot that took off his hat but Wright kept going. They ordered the two to throw their weapons on the ground. Jim got off his horse and retrieved Lull’s English-made .43 caliber Trantor. Jim stuck it in his pocket saying “Thanks for the present.”

John pointed his shotgun at the men and demanded to know if they were detectives. They denied it but while their attention was focused on Daniels, Lull reached inside his coat and pulled out a Smith and Wesson and shot John through the neck. John returned fire and hit Lull in the shoulder and arm. Lull took off down the road trying to get away. Daniels tried to follow but Jim fired and hit him in the neck. The deputy fell to the ground dead.

Though fatally wounded John took out after Lull. The detective panicked and rode through a grove of trees. He struck a limb knocking him from the saddle. John rode up to Lull and fired two shots, one hitting Lull in the chest. As he turned and started back towards his brother John fell from the saddle. Jim rushed to his brother but the neck wound proved fatal.

Lull lived for a short time before expiring. The cowardly Wright had vanished and would never be seen in St. Clair County again.

Cole and Bob were in Hot Springs, Arkansas when they learned of John’s death in a local newspaper. Cole rode north towards Missouri when he met Jim. The two rode back to Hot Springs to rejoin. The brothers took John’s death hard, especially Bob. John and he were especially and as youngsters had endured so much horror together.

They would separate for a spell, Cole went to Florida intending to get back in the cattle business, Bob would return to Missouri then move on to Texas. Jim headed for California. Fate would soon bring them together again for a rendezvous with destiny.

Post script: I visited John Younger’s grave, the Younger Cave at Monagaw Springs and the site of the gunfight near Roscoe in July 2018 during the Wild West History Association Roundup in Springfield, Missouri.