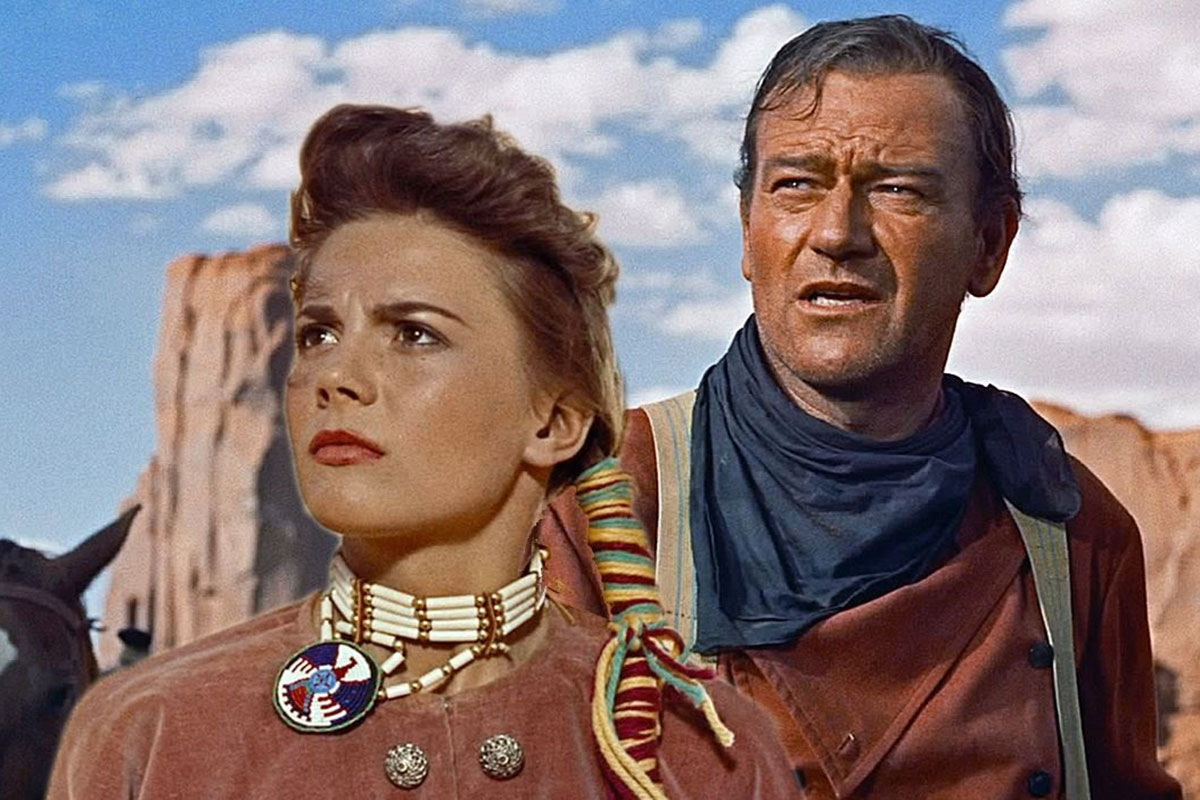 A question came in recently from a True West reader about the premise of Alan Le May’s great novel, The Searchers, the story of a middle-aged Civil War Veteran who spends five years searching for his young niece, who was kidnapped by Comanche Indians.

She asked would someone like the character of Ethan really spend five years looking for his niece with the sole intention of finding and killing her? Did the settlers really feel that dying was a better alternative for a woman than to be living with an Indian tribe?

There was an old cliché that one should save their last bullet to shoot one’s wife or for the woman to take her own life before being captured as the life of a captive woman was a fate worse than death.

The Searchers is one of my all-time favorite films. The taking of captives of Anglo and Mexican women was quite common. If a child was young enough they could easily adapt to the culture. For example, Santiago McKinn, was captured by Geronimo in 1885 and
within a few months the youngster spoke the language and when Geronimo gave him up to the soldiers he resisted fiercely and had to be forcibly to returned to his family.

The Council House Fight in San Antonio in 1840 relates the story of a proposed ransoming of captives. Sixteen-year-old Matilda Lockhart was the only one brought in and she had been horribly mutilated. Her appearance shocked the Texans who then opened fire on the Comanche chiefs, killing a dozen. Casualties were high on both sides in the fight that ensued. In retaliation the Comanche brutally tortured and killed other thirteen young female captives. The war between the Comanche and the Texans would last more
than thirty years.

The Searchers was written loosely around nine-year-old Cynthia Ann Parker who, on May 19, 1836, was taken and grew to an adult with the Quahadi group of the Comanche. She married and had two children, the oldest Quanah, later became their greatest leader.

She was eventually rescued and was welcomed back but never adjusted to life living with white people. Others taken as children adapted to the harsh life, grew up, married and lived their lives as a Comanche.

Another fascinating captive story was about a black man, Britt Johnson, whose wife was taken in a raid in 1864. For months he rode deep into Comancheria searching for her. It might have been his dark skin or his incredible courage that saved him from the Comanche but eventually he made friends with some of them and eventually was able to ransom her back.

The taking of women and children as slaves or for ransom was common and there are scholarly works on that. My favorite is Lynn Bailey’s Indian Slave Trade in the Southwest.

For further reading on the Comanche I recommend, Wallace and Hoebel’s Comanche: Lords of the South Plains, T. R. Fahrenbach’s Comanches: The History of a People and S.C. Gwynne’s 2010 book, Empire of the Summer Moon: Quanah Parker and the Rise and Fall of
the Comanches, the Most Powerful Indian Tribe in American History.

As warriors, there were none better than these “Cossacks of the Plains.” They have been called the greatest light cavalry in history. American officers on the frontier wrote admirably about them but also wrote that in battle they were brutal, asking no quarter and giving none.

And, yes there were people like Ethan Edwards. Remember though, The Searchers is a fictional story. I’m not aware of any man who searched for a missing relative then killed her but then, neither did Ethan.