We Won’t Back Down 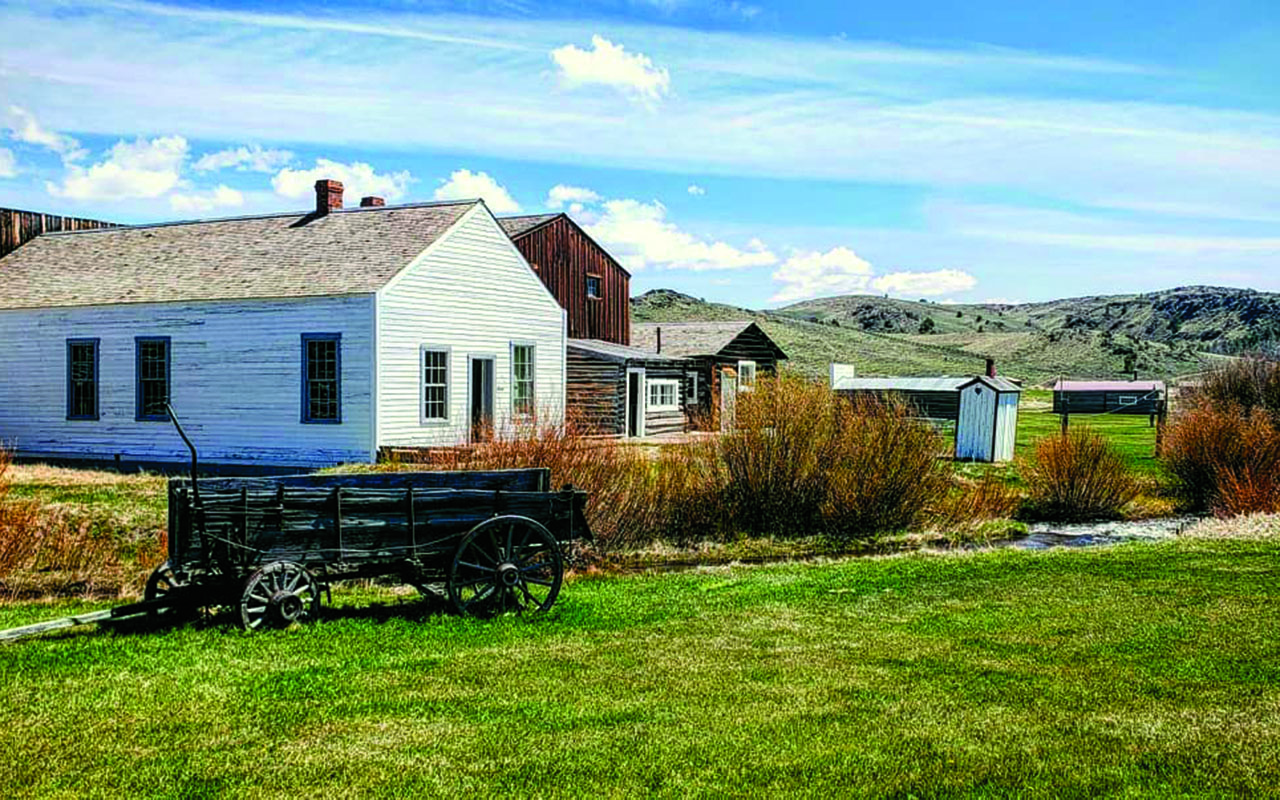 Placer gold strikes led to the establishment of South Pass City in 1867, and the region quickly swelled in population, contributing to the establishment of Wyoming Territory in 1868. Just a year later, the territory became the epicenter of woman suffrage in the nation when a representative to the Territorial legislative convention from South Pass City introduced woman suffrage legislation.

While men had to propose and endorse the woman suffrage bill, Esther Hobart Morris is credited for her role in the movement. In 1868, her husband, John Morris, and her eldest son came to South Pass City, where John opened a saloon. Esther and two younger sons arrived in the mining camp in 1869. She quickly established a presence in the community. In one meeting in her home with E.G. Nickerson and William Bright, candidates for the Territorial Legislature, she discussed and gained assurance from the men that they would support a suffrage bill.

Bright subsequently introduced the legislation, which was approved, and Wyoming Territory’s woman suffrage bill was signed into law on December 10, 1869—a full 50 years before women gained the right to vote in the national woman suffrage bill of 1920.

While some of the men supporting the legislation may have been swayed by arguments that women were deserving of the vote, another factor contributed to the success in passing the bill. There were far more men in the territory than women, and the men anticipated they could attract additional women if they had a greater grant of rights. In addition to the right for women to vote, the Territorial Legislature also approved legislation that allowed women to serve on juries and in the courts.

Louisa Swain of Laramie was the first woman to vote in Wyoming Territory, casting her ballot on September 6, 1870. That same year, Esther Hobart Morris became the first female justice of the peace in the United States, when she was appointed to the position to replace J. W. Stillman in South Pass City.

Original buildings from South Pass City have been restored at the mining camp that is now a Wyoming State Historic Site, west of Lander off Wyoming Highway 28. One of those buildings recognizes the role Esther Hobart Morris played in women’s rights in Wyoming Territory.

In Lander, visit the Pioneer Museum, which has a small exhibit about Morris and woman suffrage that includes personal items that belonged to Morris. The adjacent Museum of the American West includes a collection of original buildings from throughout the region, ranging from homestead cabins to a church.

The portrait and interview exhibit “Women in Wyoming,” at the Buffalo Bill Center of the West in Cody, highlights some of the “bold, strong, and impactful” women who shaped the region. The exhibit is on display until early August.

Utah, which was not yet a territory, also approved suffrage for women early, and women in that area cast the first ballots in the nation—predating even the ballot cast by Louisa Swain in Wyoming Territory. “Sisters for Suffrage: How Utah Women Won the Vote” recognizes the role Mormon women and the Church of Jesus Christ of Latter-day Saints Relief Society had in gaining suffrage. The exhibit at the Church History Museum in Salt Lake City remains in place until January 2021.

Oregon Trail pioneer Abigail Scott Duniway taught school in Oregon and later became a newspaper journalist and champion of the woman suffrage movement in the Pacific Northwest, working tirelessly to gain equal rights for women in Oregon, Washington and Idaho.

Among the new exhibits on display are “Nevertheless, They Persisted: The Nineteenth Amendment and Women’s Voting Rights” that remains in place until November 8 at the Oregon Historical Society and “Votes for Women: 100 Years and Counting” on display through August at the Washington State History Museum.

Colorado, a state that approved woman suffrage by referendum in 1893, highlights its role in the woman suffrage movement with a History Colorado exhibit, “Bold Women. Change History” that is now showing in the carriage house of the Byers-Evans House Museum in Denver. The exhibit provides information about leaders of the suffrage movement in Colorado, and includes a ballot from the 1893 election as well as a ballot box from the same era.

Other Western states granted woman suffrage before it became a nationally recognized right in 1920, and there will be programs and celebrations across the region. Workshops and other activities will take place in Wichita, Kansas, for the official Kansas Celebration of the 19th Amendment Centennial, August 13-16, with a separate celebration at the Leavenworth Heritage Center in Leavenworth, Kansas, on August 15.

The Los Angeles School District has designated August 18 as “Remembering Women’s Suffrage Day.” The League of Women Voters of New Mexico will host a centennial celebration on August 23. The exhibit “The Right is Ours: Women Win the Vote” on display at the South Dakota Cultural Heritage Center in Pierre through November 3.

In addition to gaining the right to vote, serve on juries, and sit as judges in courts, Wyoming women led the way politically when Nellie Tayloe Ross became the first female governor in the nation when she was elected in 1925 to fill the unexpired term of her husband, William Ross, who died in office. Nellie Tayloe Ross later became the director of the U.S. Mint.

Just 15 days after Nellie Tayloe Ross was sworn in as governor of Wyoming, Miriam “Ma” Ferguson took the oath of office as governor of Texas. Ferguson’s first term was filled with political strife and controversy. She achieved an anti-mask law against the Ku Klux Klan, but the courts overturned it; she cut the state budget, but was charged with granting state road contracts to her friends in exchange for kickbacks; she pardoned around 100 convicts a month and was accused of accepting bribes of cash and land. Ferguson lost her bid for re-election in 1926, but made a political comeback in 1932. Though not as controversial in her second term as governor, Ma Ferguson did continue with her liberal practice of pardoning criminals.

The West established the role of equal rights for women decades before it became a national right. The national leaders Elizabeth Cady Stanton and Susan B. Anthony won greater national recognition for their work for woman suffrage, but Western women truly led the way.