What History Has Taught Me: Allen Polt 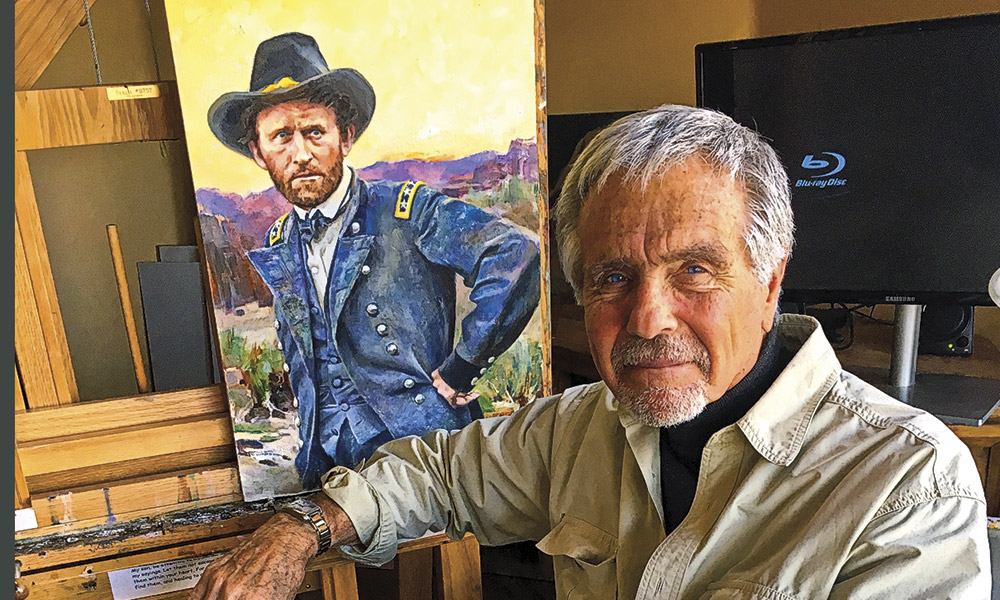 This issue’s Ulysses S. Grant cover was illustrated by Allen Polt, a portrait artist who lives in Oro Valley, Arizona, and shows his art at Settlers West Galleries in Tucson and Nedra Matteucci Galleries in Santa Fe, New Mexico. After drawing black-and-white portraits for The Wall Street Journal, he moved from New York City to Taos, New Mexico, in 1974. His celebrity portraits include Jeff Bridges, Wes Studi as Geronimo, Clint Eastwood and Robert Redford. Polt is a member of Oil Painters of America, Portrait Artists of America and Friends of Western Art. American Indians are the focus of his Western artworks.

The world’s best art school is the one that gave me my foundation—Art Students League of New York in New York City under Frank Reilly.

The world’s most overrated art is bad art.
Never overestimate the taste of the American public.

The biggest hurdle for me was overcoming fear and not letting it stop me. Now I still do things afraid knowing the journey is worthwhile.

I first came West in 1970, to Santa Fe, New Mexico, and on to California. I didn’t realize it at the time, but the clean air and big blue skies had me hooked!

The best place out West is the Southwest. For starters, Arizona’s Oro Valley, where I live. Tucson is a close second. I have so many fond memories of Santa Fe, New Mexico, where I also lived. And then there’s Arizona’s North Rim—Grand Canyon, Lake Powell, Utah’s Zion—and back to Arizona for dinner in Scottsdale.

“Land of Enchantment” may be the tagline on the New Mexico license plate, but I think it would be better served to describe Arizona, particularly Tucson.

The best advice I ever received was to say your prayers. My father always told me to have faith in a brighter day.

The prices on Cowboy art are not high enough!

You don’t get much better than the amount of work and time you put into whatever it is you are doing.

I didn’t have a clue until I was married, and then I realized how wonderful life can be when you share it with the one you love!

History has taught me to be more patient with the world and not to take the disappointments so seriously.