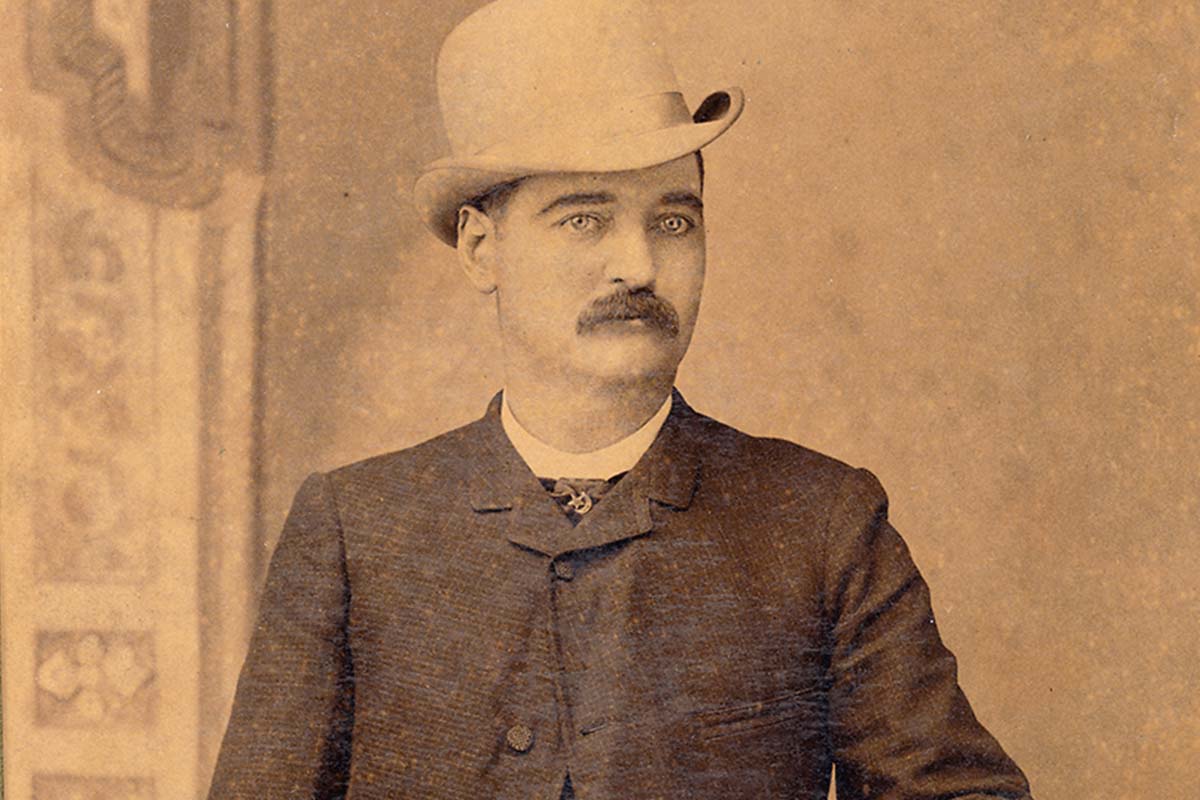 How many of Bat Masterson’s Colt SAA revolvers are known to exist, and how many did he own over the years? I have read that he possibly owned seven or eight.

It’s pretty hard to say how many. I checked Robert DeArment’s Bat biography, and he mentions a total of eight Colts that would have real provenance—or proof that he owned them. Bat apparently preferred to special-order his Colts direct from the factory rather than buy them across the counter from a local dealer. He liked special extras such as the front sight and was glad to pay for them. There are several 1880s letters to Colt from Bat in the Colt factory collection at the Connecticut State Library and records of which make and model and serial number he bought. This is the kind of provenance that brings big bucks. About five years ago, one of his pistols auctioned off for $96,000.

I’ve read that when he was a sportswriter for the New York Telegraph, some collector was pestering Bat to give him one of his pistols. He went to a pawn shop and purchased an old .45. Then he took his knife and carved 22 notches on the grip. Bat was a practical joker; everyone knows gunfighters didn’t carve notches on their pistols. But the story started a rumor. And there are some tales that Bat fulfilled other gun requests the same way.

What was the first brewery in Arizona?

A man named Alex Levin opened the first recorded brewery, the Pioneer Brewing Company, in Tucson in 1864. He and other brewers faced many challenges including alkaline water and unreliable supply routes before the railroads arrived in the 1880s. But the rails also brought new competition, as out-of-state beers began flooding the Arizona market.

I was just watching the first True Grit movie and badman Tom Chaney tells young Mattie she has “sand.” What does that mean?

I conjured up a list of a list of words that best-defined “sand” in the Old West. They are: daring, bold, brave, courageous, intrepid, dauntless, plucky and enterprising.

In almost all movie and television portrayals of Old West shootouts, it was relatively easy for a person to get off by arguing self-defense. Sometimes they wouldn’t even be tried. Is this an accurate picture of frontier justice?

Yes, that’s pretty much the way it was. Nearly everyone packed a pistol, so it was easy to claim self-defense, especially if you could afford an attorney. A man could even shoot another in the back and claim he felt threatened.

A good example is the death of Warren Earp on July 6, 1900, in Willcox, Arizona. Earp was known as a bully, and he’d been threatening his erstwhile friend, cowboy and rancher Johnny Boyett. The pair were arguing in Brown’s Saloon; Warren dared Boyett to go get his gun. Boyett did so and faced off with his opponent. Earp opened his jacket to show he was unarmed—but dared Boyett to shoot. Bad move. Boyett fired five times; the first four missed, while the last one hit Earp in the chest, killing him. Boyett was arrested. But at a preliminary hearing the next day, Judge William F. Nichols determined that Boyett acted in self-defense, because Earp had threatened and then challenged him to a gunfight. The cowboy went free. This case received a lot of publicity because of the Earp name. But the concept of self-defense was very broad in the Old West, and numerous killers got off by using that as a legal argument.