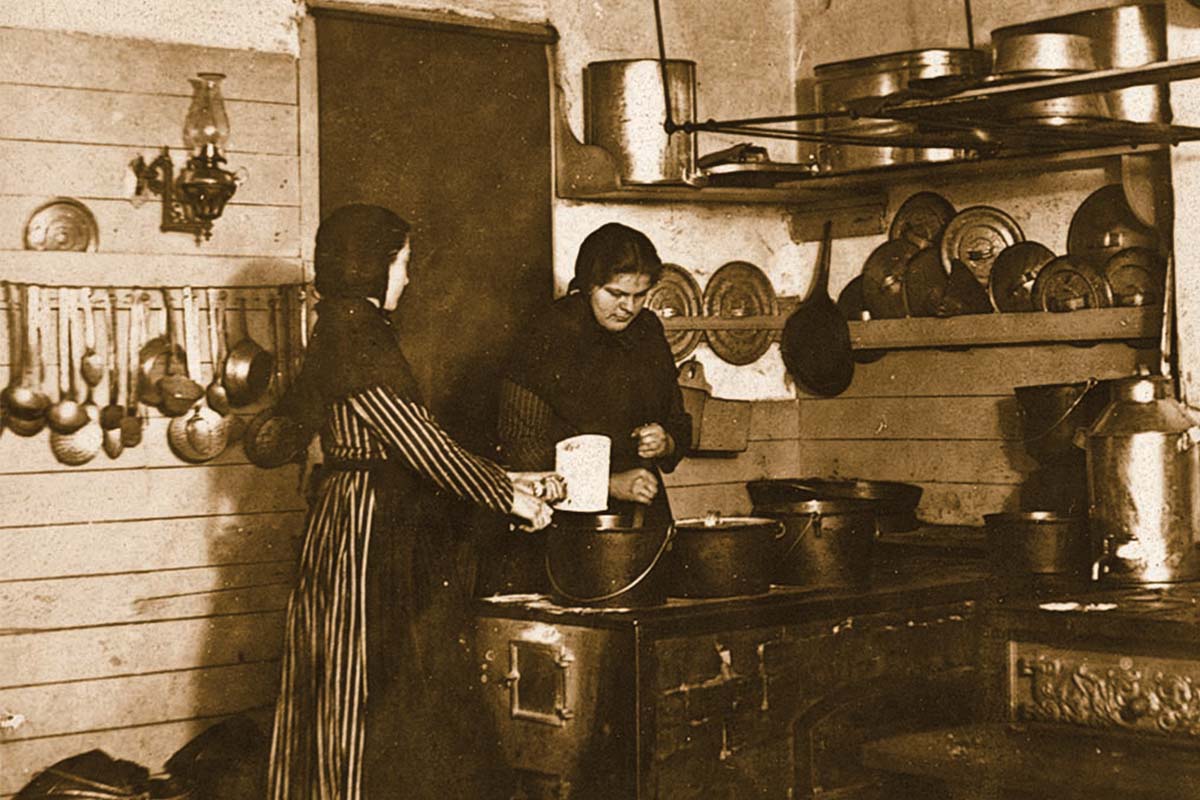 Old West cooks were magicians in the kitchen when it came to making the most of leftovers.

Frugal frontier cooks often turned their kitchen leftovers into amazing dishes, and many housewives prided themselves on creating unique recipes with them. Various newspaper stories included tips and recipes on how they could do this, which stretched even the smallest of morsels.

Of course, most turned leftover meat pieces, parts and bones into stock for soups, but that was the easiest repurpose. Many leftover scraps of meat and vegetables were turned into soups, too. What happens when you mix leftover corned beef or breakfast bacon, an egg, cold mashed potatoes, flour, and onion and parsley? Crispy golden fried croquettes, naturally! A ragout was another tasty leftover meal that was created using bone broth, chicken pieces, cold rice, dressing, onions and flour and served over fried bread. 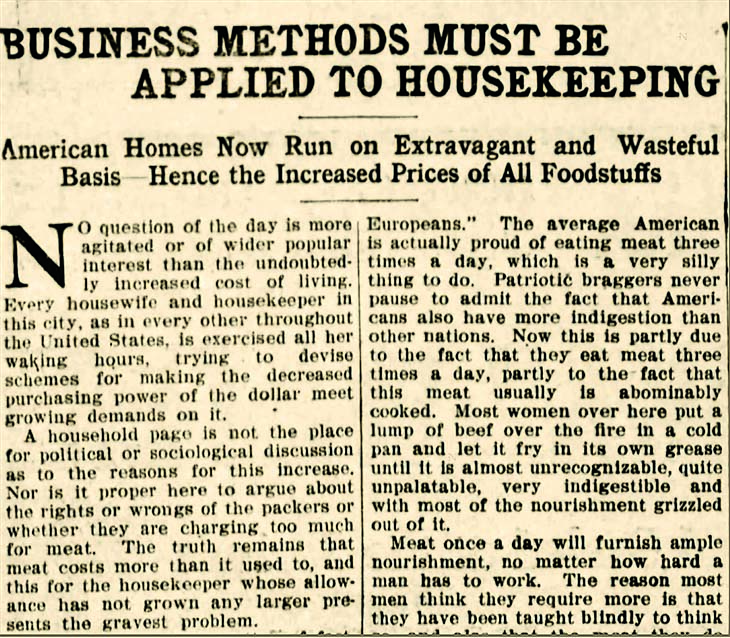 Stale or poorly cooked bread was often used to make bread crumbs and bread pudding. Stale cookies were used to make puddings. The Abilene Gazette in Kansas wrote this in 1885: “To those who think this close watching and saving of ‘left-overs’ has an appearance of meanness or stinginess…let it be said, “it takes judgment, taste, and skill to prepare a ragout, a salmi, or a really good scallop.”

Cold mashed potatoes were turned into purees or molded, cut, dipped in flour and fried in butter. Other tips suggested that cooks use mushroom stems to make a sauce Bordelaise for steak, turn leftover tomatoes into a sauce for chops, use soured milk in Johnny cakes and toss random vegetables to create a salad. Egg yolks, leftover from an angel food cake, were turned into a custard or sunshine cake. Leftover egg whites from a custard were made into a mayonnaise or angel food cake. Unused canned fruits or juices were transformed into a roly-poly pudding or frozen ice.

Sometimes leftover kitchen staples were turned into household items and vice versa. For example, lard was used to make soap and candles, while a new product called Cottolene was created in St. Louis, Missouri, using beef suet and cotton seed oil to replace lard. Vinegar was used in the kitchen for pickling and cooking but was also used as a cleaner.

Chicken wings were considered scraps and often used for stocks, but Missouri’s St. Louis Globe-Democrat recommended something else. They suggested the recipe below.

Sprinkle the wings with pepper. Combine oil and vinegar and pour over the wings. Refrigerate and marinate for two hours. Place egg in one bowl and bread crumbs in another. Dip the wings in the egg and then the breadcrumbs. Heat ½ inch of oil in a deep frying pan over medium-high heat. Gently place wings in the pan and cook until golden on both sides.