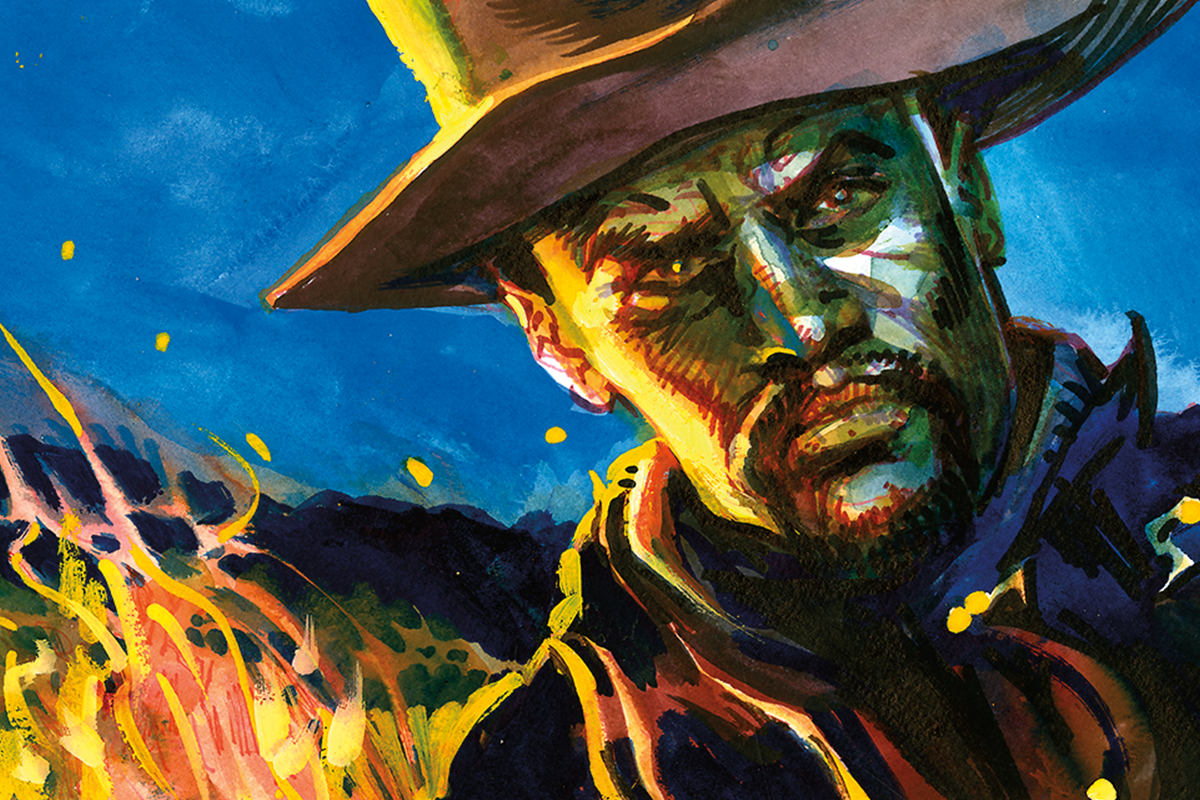 Bass Reeves vs Jim Webb – The master of the long shot, indeed. (Based on the research of Art Burton)

Out on the Whiskey Trail in Oklahoma Territory, Deputy U.S. Marshal Bass Reeves is hot on the trail of a murderer named Jim Webb, who the lawman had previously arrested and brought to justice in 1883. After a year in jail in Fort Smith, Webb got out on  a $17,000 bond and skipped. Now, Reeves got word that Webb had drifted back into the Chickasaw Nation and was hiding out at Jim Bywater’s general store on the south side of the Arbuckle Mountains.

Riding with Reeves is Deputy John Cantrell, who Bass sends ahead to see if Webb is around. Sure enough, Cantrell spots Webb in the store and signals Reeves to come ahead. An eyewitness, D.C. Gideon, describes what happens next:

“As he went dashing up, Webb espied him, and jumping through the open window armed with both revolver and Winchester, ran for his horse that stood about one hundred yards away. Reeves cut him off from his horse and Webb turned toward a clump of bushes, ran about six hundred yards, turned and ﬁred. The ﬁrst shot grazed the horn of Reeves’ saddle; the second cut a button from his coat, and the third cut off both bridle reins below his hand, allowing them to fall to the ground. As Reeves jumped from his horse another bullet…cut the brim from his hat.  Reeves then ﬁred his ﬁrst shot, and before Webb could fall had sent two Winchester balls through his body.

“By this time Reeves’ posse and Messrs. Bywaters and Smith came running up. Webb lay on the ground with his revolver in his hand, calling Reeves to come to him. Reeves advanced, but while keeping his gun trained on him told Webb to throw the revolver away. He ﬂung it into the grass out of his reach and the whole party walked up to the dying man.

“‘Give me your hand, Bass,’ said Webb, as he extended his own with an effort to grasp it. ‘You are a brave man. I want you to accept my revolver and scabbard as a present and you must accept them. Take it, for with it I have killed eleven men, four of them in Indian Territory, and I expected you to make the twelfth.’ Bass accepted the present, and has it now carefully stored away. The dying declaration of Webb was taken in writing by Mr. Bywaters, and thus ended the career of another ‘bad’ man.” 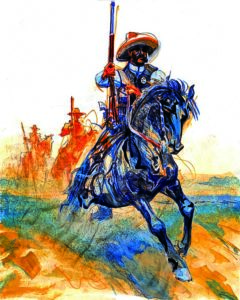 The Master of Surprise And Disguise

Bass Reeves preferred to arrest bad men by surprise to cut down the likelihood they might fire on him. According to Reeves’ biographer, Art Burton, Bass “did this in many different ways—from riding up on felons before they woke up in the morning, to using his many disguises and totally catching them off guard.” Supposedly, one of Reeves’ effective undercover disguises was to dress as a dirt poor farmer and pretend to be harmless. Literally shuffling into an armed camp with his hands in his pockets, Bass invariably got the drop on his unsuspecting prey—sometimes more than one! With over 3,000 arrests to his credit, his achievements in using surprise and disguise are unparalleled and unmatched. Later in his career, Reeves trained many young deputies who worked the Indian Territory.

“He could shoot the left hind leg off of a contented fly sitting on a mule’s ear at a hundred yards and never ruffle a hair.”

—Oklahoma Yarn About the
Shooting Prowess of Bass Reeves 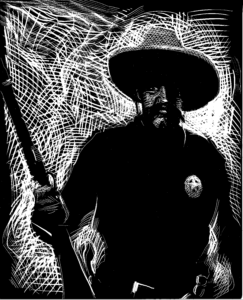 During Judge Parker’s 20-year tenure on the bench in Fort Smith, some 75 to 100 deputies died in the line of duty. Bass Reeves made, on average, $400 a trip, and his biggest haul was bringing in 17 prisoners with a fee of $900.

The U.S. Attorney General estimated that of the 20,000 whites living in the Indian Territory during the time Reeves was active, only 5,000 were law-abiding. Judge Parker, known as “The Hanging Judge” actually hanged 30 whites, 26 Indians and 23 Blacks. 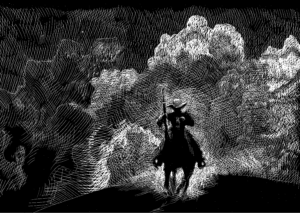 While being interviewed by a newspaper in 1907, Reeves made the following remarks about the Webb shootout:

“The bravest man I ever saw,” said Reeves, “was Jim Webb, a Mexican that I killed in 1884 near Sacred Heart Mission. He was a murderer; I got in between him and his horse. He stepped out into the open 500 yards away and commenced shooting with his Winchester. Before I could drop off my horse, his ﬁrst bullet cut a button off my coat and [the] second cut my bridle rein in two. I shifted my six-shooter and grabbed my Winchester and shot twice. He dropped, and when I picked him up I found that my two bullets had struck within a half-inch of each other. He shot four times, and every time he shot he kept running closer to me. He was 500 yards away from me when I killed him.”