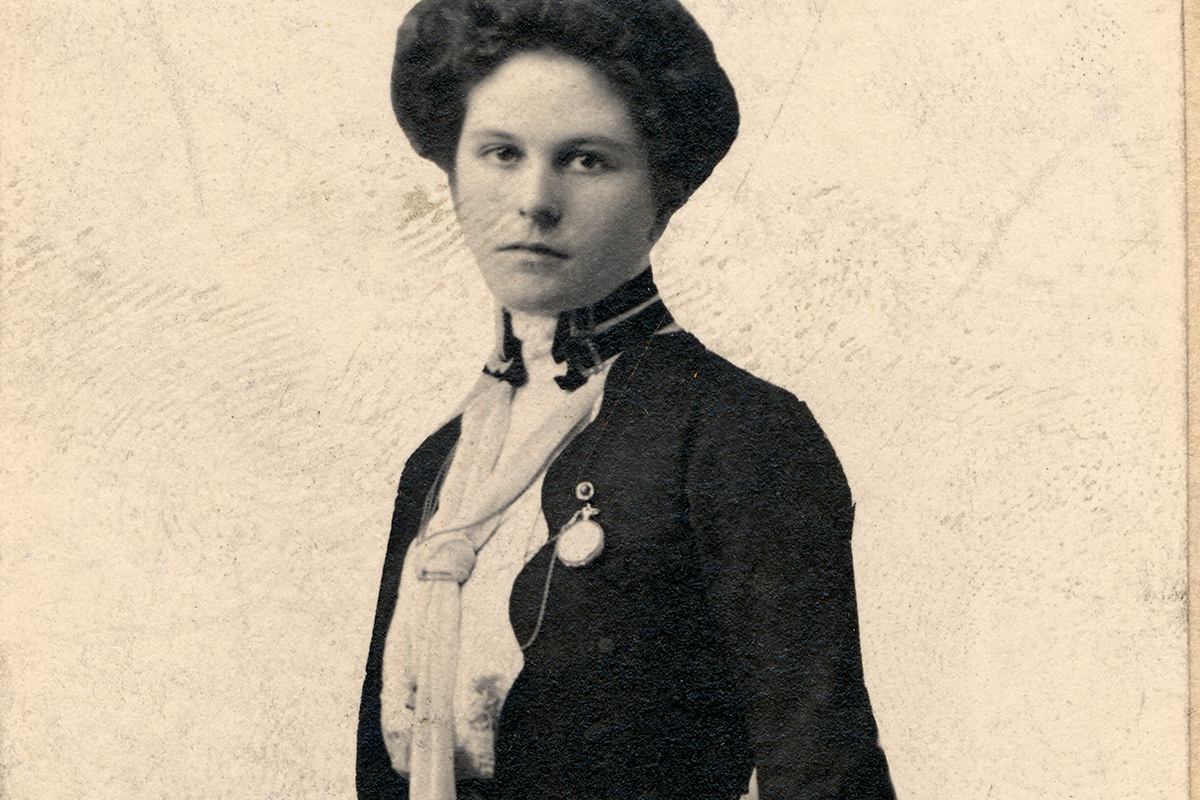 Fires were a menace to those wood structures; they could wipe out an entire town. By the 1820s and 1830s, coal was quickly becoming a dominant fuel type. It revolutionized indoor heating. Iron furnaces or stoves helped.

Also coming into play in the 19th century was steam heating, which first appeared in the 1850s but gained popularity in the 1880s. This was another form of coal heating, as coal would be used to heat the water, turning it into steam.

Linda Wommack, author of the award-winning biography Ann Bassett: Colorado’s Cattle Queen, says, “Ann never claimed to be Etta. She loved to brag, and believe me, if she was Etta, she would have eventually said so. Ann was never in Robbers Roost. Elza Lay’s wife, Maud Davis, was there and knew both Ann and Etta. When Butch, Sundance and Etta sailed for Bolivia, Ann was on her way to Texas. When Etta was in South America, Ann was fighting for her fiancé’s estate in a Routt County courthouse.”

Was it possible to combine different parts of firearms during an era when mass production was still in its infancy?

Yes, it was. French gunsmith Honoré LeBlanc suggested that gun parts be made from standardized patterns in the mid-1700s so all gun parts could be easily replaced if broken. He wasn’t the only one. But it was American Eli Whitney who popularized them in the first years of the 19th century. He used relatively unskilled workers to produce large numbers of weapons quickly and at lower cost, making replacement of parts infinitely easier.

Can you tell me about the life of an American soldier on the frontier in the pre-Civil War period?

The life of an 1850s American soldier on the frontier posts was mostly boring and dreary. Many were Irish immigrants, escaping the Great Famine in their homeland. Discipline was harsh, and desertions were common. Alcohol was a problem. But the biggest dangers were the dreaded diseases that spread through the forts. Sanitation was terrible. People were not aware of germs. At Fort Mohave during the 1850s, an average of two soldiers a week died of dysentery. They were treated with opium, quinine, lead, bismuth and ammonia.

Meals were lacking in nourishment and generally poor. They included hash, stew, baked beans, salt pork, coffee and bread. Soldiering was similar to penal servitude and conditions were far worse than today’s prisons. Enlisted soldiers were generally viewed as lowlifes and scum or outcasts.

Were there Rangers in California?

In the Old West, “Rangers” was a term used to describe civilian groups like militias. In most cases, they were never a true police force. They were not necessarily trained or deputized. There were Rogers’ Rangers in the French and Indian War; Mosby’s Rangers in the Civil War; Texas, Arizona, California, New Mexico and even New York Rangers. There were also forest rangers, game rangers, etc.

Are there any stories about women ranching in the Old West?

The Bassett sisters, Ann and Josie, are probably the best known. They ranched for years in Browns Park, a favorite hangout of the Wild Bunch that straddled Colorado, Wyoming and Utah.

One of my favorite books on ranch life by a woman is Ranch Wife and Mountain Cattle by Mary Kidder Rak. Mary was a graduate of Stanford University who married an Arizona cowboy named Charlie Rak. They bought a ranch in the Chiricahua Mountains of Cochise County. She turned out to be as good a cowboy as her husband.

Also, Ranch Women of New Mexico celebrates an icon of the American West from a female point of view. This book features 11 women who have “cowgirled” or owned ranches in New Mexico.