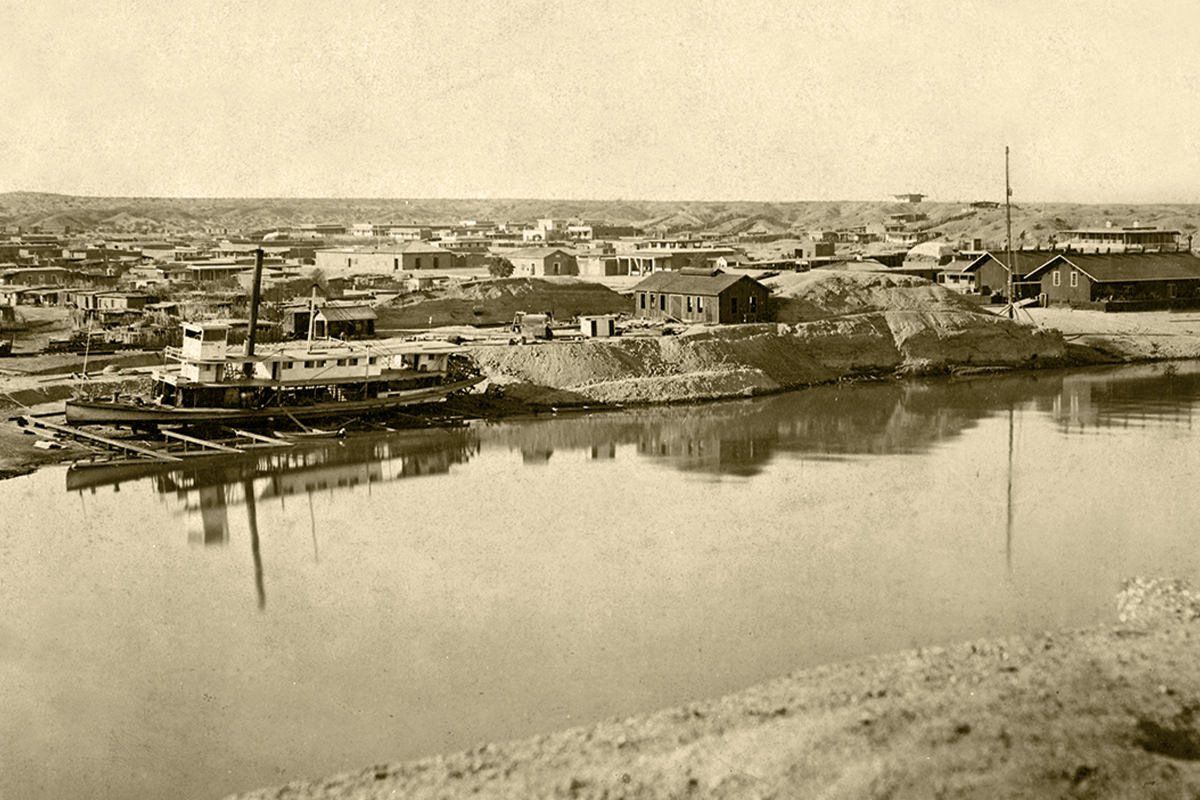 Navigating the pitfalls of collecting historic photographs is not for the faint of heart.

The sale at auction of a tintype of Billy the Kid for $2.3 million in 2011 was sensational, sparking a reaction not unlike the gold rush of 1849. People rushed to eBay and other sources hoping to find a photo that would make them rich. But, just like the gold seekers, most people found themselves empty-handed. Thousands of portraits were taken in the 19th-century West and few are gold nuggets.

But there still are photographic nuggets waiting to be found. The nugget might be a rare historical scene, like the steamboat in drydock in Yuma, Arizona, discovered by Jeremy Rowe on eBay. Or an $18 image of a steam-powered electric generator used by Buffalo Bill’s Wild West, also purchased on eBay. With a bit of digging, the careful collector can find interesting, rare and inexpensive historical photographs.

But there are pitfalls. eBay is a tremendous resource to the collector, bringing together artifacts from many sources. But Jeremy Rowe, a collector from Arizona, points out that the algorithms used by eBay have changed over the years. Today a search might not reveal all of the historic images in your area of interest. Rowe suggests doing multiple searches with specific search terms.

Photographs listed on eBay and other auctions can also have misinformation, either by mistake or on purpose. Brian Lebel, whose company handled the sale of the Billy the Kid photo, warns that collectors have to do their homework. That includes learning a photograph’s provenance, something that Lebel says is critical. There is also information that is intrinsic to the photograph. If you have a photograph of Billy the Kid in front of a building that wasn’t built until 1885, it’s not Billy the Kid. Intrinsic information includes the composition of the photo itself. Learn about the history of photography and photographic processes. Is it a cyanotype, daguerreotype, tintype or something else? If you bought an “old” photograph of Butch Cassidy and it’s on resin-coated paper, you’ve been robbed.

But what if you do buy a fake? Some sellers will refund your purchase and some won’t. Years ago, chief curator at the National Park Service Harold Peterson wrote “The chance that you will buy a fake is a fact of life.” The serious collector learns from such mistakes. Doing your homework will help you distinguish the gold nuggets from the fool’s gold.