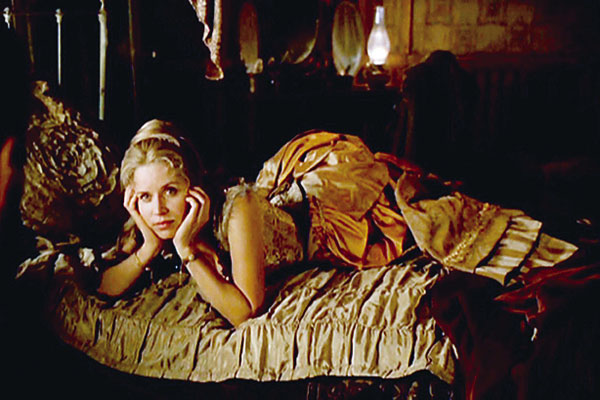 Die-hard fans of HBO’s Deadwood could have had the perfect Halloween costume for this year.

Four outfits worn by cast members sold at auction at High Noon Western Americana in Phoenix, Arizona, on February 7, along with other Hollywood costume and memorabilia lots. Costume designer Katherine Jane Bryant won an Emmy for her work on the three-season series. Since most people’s closets consisted of few garments in the 1870s, Bryant utilized much of the same clothing in different combinations for the characters, as is evident by some of the lots that sold.

In nearby Las Vegas, Nevada, San Francisco-based Greg Martin had just broken a world record for his auction of the Serial No. 1, 1873 Peacemaker on January 18. And any true Deadwood fan knows that Jack McCall used a Peacemaker to shoot Wild Bill Hickok in the back on August 2, 1876.

He didn’t really, but Keith Carradine’s Hickok character was killed with one in Episode Four.

The legend that Hickok was killed by a Peacemaker still lives on. Yet the Peacemaker generally was not available out West until after 1876, so McCall likely did not carry one, says Joseph G. Rosa, eminent biographer of Wild Bill Hickok. “According to the court records of  Jack McCall’s Yankton, Dakota Territory, trial in December 1876, and some newspapers, McCall was armed with a Colt’s Navy revolver which was cap and ball—similar to those Hickok himself had used during his scouting and peacekeeping period.”

The auction of the Serial No.1 Peacemaker was indeed a legendary sale, and a rather personal one for auction head Greg Martin. He was the last person to buy Serial No. 1 at auction, paying $242,000 for it in 1987, the highest price at the time for a firearm sold at a North American auction. He told American Rifleman then, “I think it’s a bargain.” His payday finally came this year when the rare gun hammered in at $750,000.

The Wild Bill Hickok getup worn by Keith Carradine did not go up for auction at High Noon and, as far as I know, has not been released for sale. But if it ever does hit the auction block, remember this collectors, do not pair up the outfit with  Colt’s Peacemaker! Hickok was likely packing Colt’s Navy pistols.