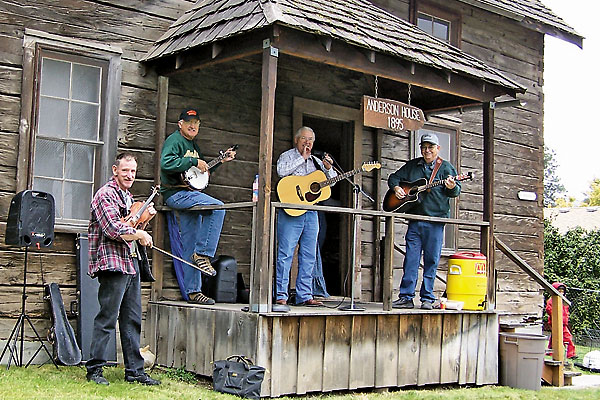 Susan Buce jokingly dubs herself the “History Queen,” yet her breadth of knowledge of the Columbia Gorge region is indeed impressive.

The Dalles—population 13,385—is on the east end of the Columbia River Gorge National Scenic Area, where you’ll find nearly 80 waterfalls. That much we knew already. But we didn’t know that the Gorge tied for sixth place—next to the Bavarian Alps and Scottish Highlands—in the National Geographic Traveler’s list of 133 Destinations in the World.

Before you check out the sixth world destination or hit the trail on the 1869 Dalles Military Road, enjoy these local hangouts and favorite pastimes:

Good Cowboy Bar: Cousins’ Restaurant & Saloon is where the locals meet up (it serves Oregon microbrews), but you can also drink from a 1900s backbar at the 1876 Baldwin Saloon.

Best Art Gallery of the West: Head inside at The Dalles Art Center and outside for downtown’s talking murals depicting scenes of local history. The key to activate the audio recordings can be purchased at the Chamber of Commerce.

Best Bookstore of the West: Klindt’s Booksellers, operating since 1870 and the state’s oldest bookstore. It offers a good selection of Pacific Northwest History.

What historic site do most of the schoolchildren visit? Fort Dalles Museum Surgeon’s Quarters (built 1856), the state’s oldest history museum, and the 1895 Anderson Homestead.

Local News Read: In The Dalles Chronicle, Elroy King’s weekly “Looking Back” column gleans newspaper tidbits from a century ago.