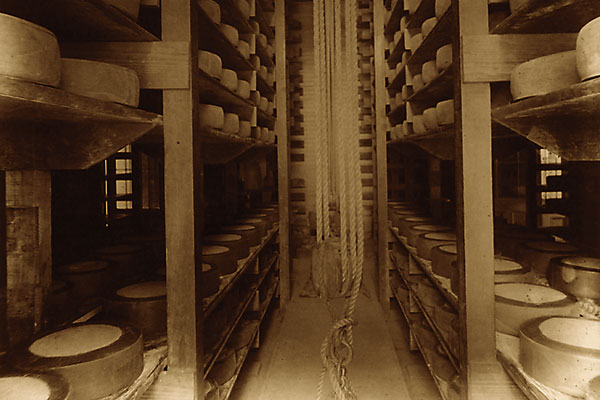 “A wild, and woolly, rollicking mining camp is the best way I can describe Canyon City, when I first came here.

“The men could throw a ball in the air, draw, shoot, and take a drink of whiskey before the ball would hit the ground.

“The women packed a Bible in one hand and, figuratively speaking, a teamster’s whip in the other….

“The early Methodist revival meetings were noted for their boisterousness…. The ‘Stench of Hell’ sermon, as it was later called, started off with its usual dynamic criticism of the saloon. As the preacher reviled the saloons he noticed a slackening of interest, as if there was something diverting the congregation’s attentions.

“He talked louder and more vociferously against whiskey—but still they wiggled and squirmed. Never stopping his flow of vituperation he slowly stalked up the aisle towards the stove to see what was the matter. When he got about half-way there he suddenly stopped talking and his face became contorted with rage and revulsion. Someone of the saloon element had rubbed limburger cheese on the stove and the benches near the stove. The heat from the stove, melting the cheese, made an unbearable stench. In fact, it was a smell that surely ‘smelled to heaven,’ and we had to go home,” recalled Mrs. Ernest P. Truesdell, who lived in Canyon City, Oregon, in the late 1800s.

Cheese, whether it was used to make a point or be eaten, garnered a great deal of attention in the late 1800s. Not just imported cheese either; we’re talking cheese made in the good ol’ USA.

In 1880, American cheese was thought to be able to compete with cheeses made in England. Some favorites of the time were: Cheddar Loaf (England), Camembert (France), Neufchatel (France) and, a U.S. product, Pineapple, a cheddar-style cheese with criss-cross marks on the yellow surface. The aforementioned Limburger cheese originated in 1868 in Wisconsin. Yet the cheeses made in the American West were sold in such large wheels, that the size made it almost impossible for a typical family to consume on a daily basis. On February 19, 1880, the San Francisco Bulletin requested that the state’s dairymen and cheese makers consider their cheese making process to include smaller quantities for home use. The  problem of factory-sized wheels would only last a few years, and consumers soon began enjoying the cheeses at home.

Even the law helped to protect cheese and its consumers. In 1896, Congress passed the Filled Cheese Law. This act included taxing, at one cent per pound, any manufacturer who used filler ingredients—such as butter, animal oils, fats, vegetable or any other oils—or compounds not found in milk and were used to imitate cheese. Sellers also had to identity the cheese as filled by placing a sign in their store; if they failed to do so, they were fined $50 or served a prison term.

Not everyone bought cheese from stores, and some pioneers even made their own at home. Cheeses were served as a dessert course, and cooks used it in many of their recipes. In 1889, the St. Louis Republic even ran an article titled “How to Use Cheese.” It covered the benefits of eating cheese and some recipe suggestions, including: Cheese omelets, pudding, soufflé, biscuits, fondue, cheese straws and potted cheese.

Mix all the dry ingredients together in a bowl. Mix in the butter, add the egg and gradually add the milk and mix into a ball.

Roll the cheese straw dough out onto a floured surface until it is 1⁄8-inch thick. Cut into ¼-by-six-inch strips. Place on a cookie sheet and bake at 350°F for 10 to 20 minutes or until golden and crisp.

Put the straws together in bundles of six or eight, and tie with a narrow ribbon. Serve slightly warm.

This recipe from the September 29, 1889, St. Louis Republic has been slightly modified for today’s cook.