Arguably, the most iconic firearm of the silver screen West is the Peacemaker Colt, with the mellow ivory-looking stocks, so often carried by John Wayne in memorable films, such as El Dorado, Cahill, U.S. Marshal, The Train Robbers, True Grit and Rooster Cogburn.

Since this six-shooter first appeared in El Dorado in 1967, a number of revolvers doubled as the Duke’s personal Colt. Yet neither his gun, nor any of the film duplicates, was ivory stocked, rather each was fitted with a plastic type material known as Catalin. This material had a yellowed color that, on camera, gave the appearance of mellow-aged ivory. Further, the two-piece grips on Big John’s six-guns had finger grooves molded into the left side for a better hold. Regardless of which one of several Peacemakers he used, Wayne’s trademark six-shooter has been firmly placed in the public’s mind as being his ivory-handled Colt.

Duke’s celluloid six-gun may be relatively plain looking, yet the sidearm fit the rough, two-fisted characters he so skillfully portrayed. Many Wayne admirers have dreamed of acquiring a six-gun like the Duke’s. Unfortunately, when one of his genuine motion picture Single Action Colts turns up for sale, they sell for prices well into the five-figure realm. Well, dream no more. Thanks to Mike Harvey of Cimarron Fire Arms, in Fredericksburg, Texas, John Wayne fans can purchase a replica of Big John’s classic Peacemaker Colt—and at an affordable price.

Called the “Rooster Shooter,” after Wayne’s Oscar-winning performance as Rooster Cogburn in 1969’s True Grit and again in 1975’s Rooster Cogburn, this Uberti-made Italian replica smoke wagon is a spitting image of the Duke’s famed shootin’ iron, complete with the yellowed, aged-looking grips with the finger grooves molded into the left side. Although this 4¾-inch, barreled Cimarron replica uses one-piece stocks, Harvey has added a screw in the center of the grip that goes completely through both sides, giving the handles the appearance of a set of two-piece grips. The Rooster Shooter comes with Cimarron’s “Original Finish,” for the well-worn, rather austere look of Rooster Cogburn’s six-shooter.

The replica also features a post-1896 cross-pin cylinder bolt retaining system. Wayne used movie Colts with both the blackpowder (used from 1873-96) and the post-1896-type frames, since motion picture producers of Wayne’s era weren’t near as particular in such details as today’s filmmakers might be. 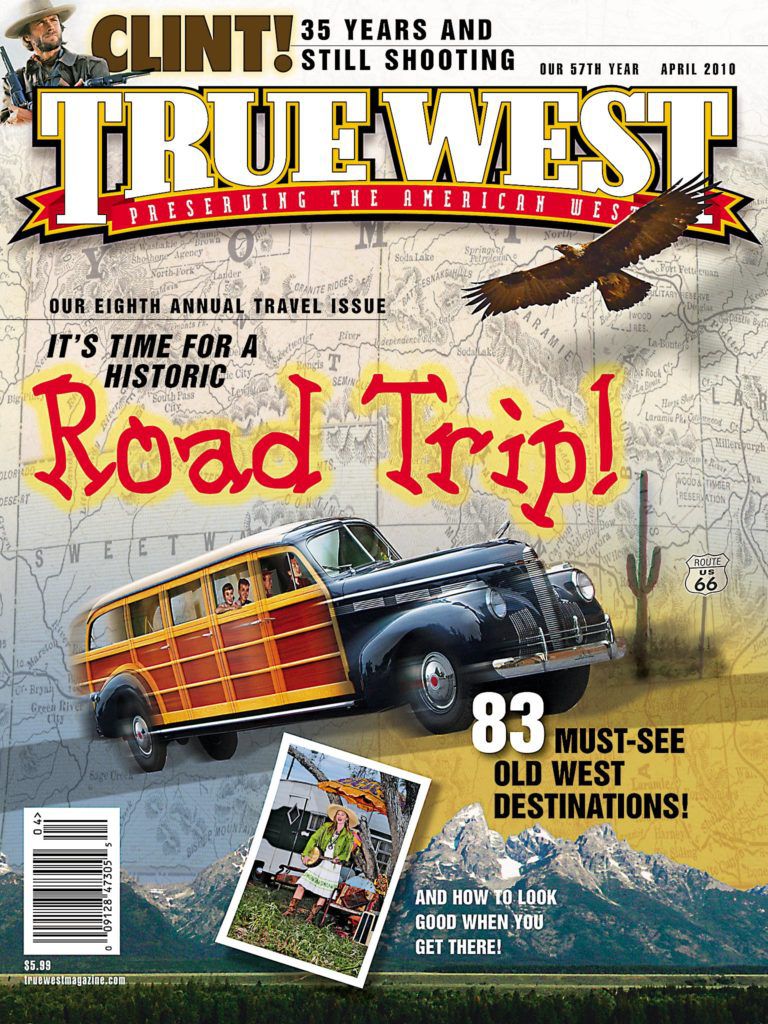