Who Is Boley Brown? 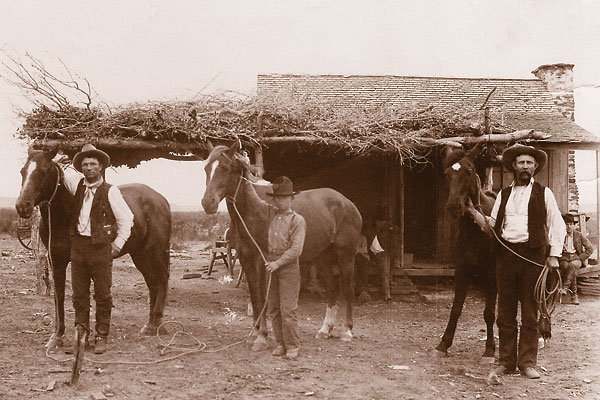 Heading east on Highway 380 from Post, Texas, to the ghost town of Clairemont is a 45-minute drive through a wide open and sparsely populated country. You’ll find nothing but range land in this remote part of West Texas.

About eight miles before reaching Clairemont, and not visible from the road, stands a monument on the old “24 Ranch.” It is shrouded in mystery, reading, “In memory of Boley Brown who died at this place June 7, 1911, at 7AM.” Nothing more. Nothing less.

The monument marks the spot in the pasture where an ailing Brown died; he had been on his way to the doctor. That this marker remains even to this day is a testament to his standing in the community of Kent County. Brown became a “cattle king” at what was then the edge of the Texas frontier, yet little has been written about him.

Brown, attracted to the area by his uncle, was among the first cattlemen who came to these Comanche-infested plains right below the Llano Estacado or staked plains; now the “Caprock.” In this arid and unforgiving land, Kent County was home to 92 cow herders living in 22 cow camps. In 1880, only one adult female lived in the area, and she was married with two children.

A descendant of C.O. Fox, Don Jay, wrote an article titled  “Bad Blood,” which shared the story of the 1901 gunfight between Jeff Hardin and John Snowden in Clairemont, then the county seat. Jay’s article featured photographs of the locals who often settled disputes with guns rather than in the courts. One showed the livery barn in Clairemont, where Hardin died in the gunfight. Another, John Snowden—the man who killed Hardin.

When I inquired about the photographs, Jay told me he no longer had them. His parents had leased their ranch, and the renter allowed his children to break into a trunk containing the photographs and most of the contents were destroyed.

One day, not long after our conversation, Jay got in touch with me. While cleaning up a storage area at his home, he had come across a box his brother sent him that he had never gone through. He opened it and saw the photos he believed had been destroyed at his parent’s ranch.

Boley Brown, his wife Matt Garretson and the folks they knew while operating their 24 Ranch come to life in these photographs. It is my privilege to tell the story behind the cattle king who warranted a lasting monument in the Texas Panhandle.