The Size of an Assignment 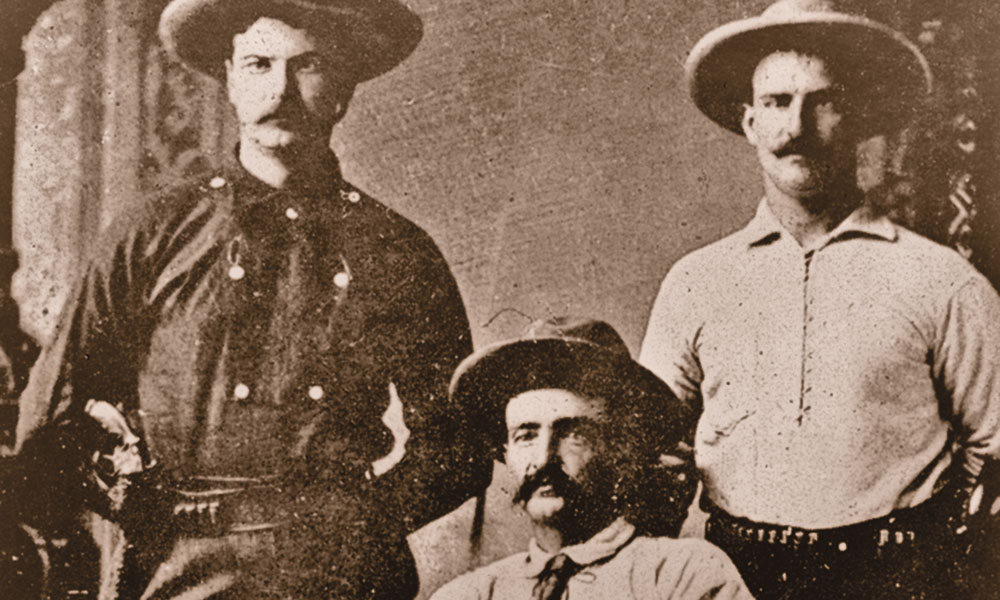 In this 65th anniversary year for True West, on assignment to report my favorite Investigating History columns, I wrack my brain and only two come to mind. Both go back a few years and cover the same basic topic: size.

This short and sweet tale starts in April 2010. Ben Kilpatrick, famed for his appearance in the “Fort Worth Five” photo, has gone down in history with the moniker the “Tall Texan.” Yet when I consulted Wild Bunch experts, I learned that Kilpatrick was a Texan, but he wasn’t so tall.

When Wild Bunch member Kilpatrick was arrested in 1901, he measured at about six feet one—big at a time when most men were around five feet seven, but certainly not as tall as Pat Garrett or Bob Paul, who stood at around six feet four and six feet seven, respectively. What the heck?

Then five years later, prison officials recorded Kilpatrick’s height at just under six feet. Shrinkage? Or did they use a different tape measure than the one used during intake?

A police chief in St. Louis, Missouri, may be guilty of bestowing that poor nickname. On November 14, 1901, William Desmond said that Kilpatrick fit the description of a “tall Texan.” A San Antonio newspaper grabbed his words for a headline two days later: “Identified as the Tall Texan.” The nickname stuck—even as people failed to check on the guy’s size.

Another column reached new heights (or lows) in June 2012. Tom and Frank McLaury were on the losing side at Tombstone’s Gunfight Behind the O.K. Corral. In the Westerns, all of the participants appear to be about six feet tall. That was true of the Fighting Earps, though their pal “Doc” Holliday came in at about five feet eight, but even he dwarfed the McLaurys.

Paul Lee Johnson, the biographer of Frank and Tom McLaury, says the McLaury brothers were shortchanged; Frank was about five feet three; Tom was around five feet five. Granted, these numbers are guesstimates based on looking at the coffin photos of the boys and Billy Clanton (who was about six feet two).

A disputed photo of Frank and Tom, deemed authentic by Johnson, “shows the pair standing on either side of journalist Ed Finerty. He’s around six feet. They are nowhere near that size. In fact, Finerty’s head reaches near Frank’s shoulder.” (I’m quoting my own column here. That’s my prerogative.)

The Earps had a couple of run-ins with the McLaurys before the famous gunfight on October 26, 1881. Maybe Tom and Frank, intimidated by the tall lawmen, felt the only way they could protect themselves was to go heeled.

So that’s the long and short of my Investigating History columns. Maybe you have your favorite. If so, let me know. I won’t shortchange your thoughts. And you can cut me down to size. About five feet seven.