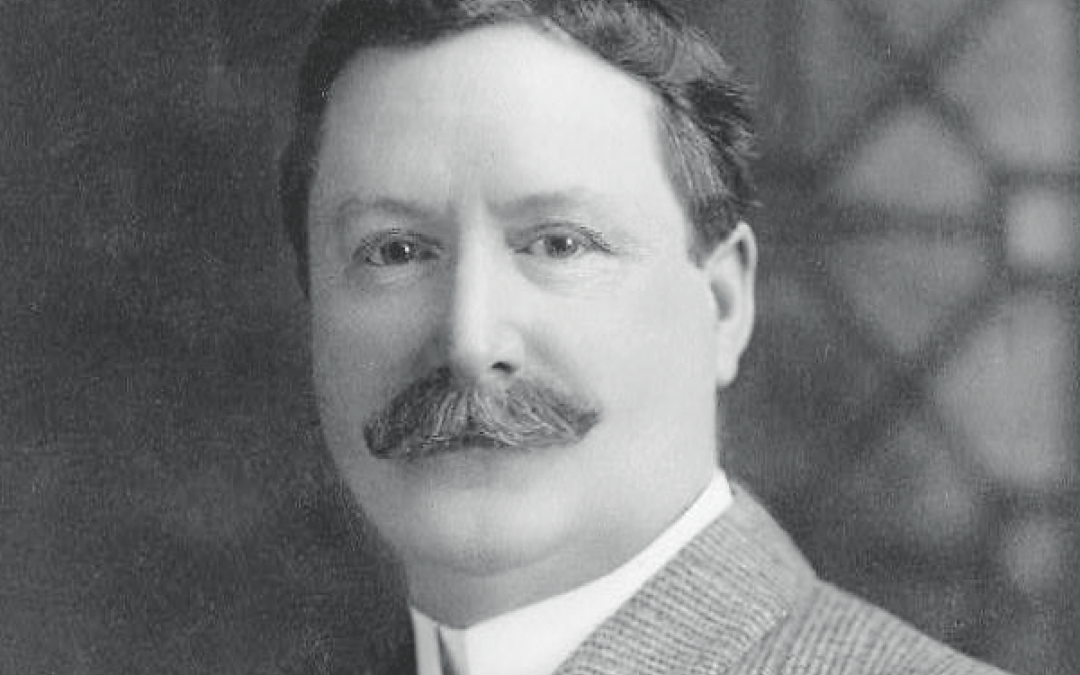 William J. Burns proved a worth competitor to the Pinkertons…for a time.

For a few years in the early 20th century, the William J. Burns International Detective Agency was close competition to the Pinkertons. It made worldwide headlines in its work against labor union violence and activism. No less an authority than British novelist Arthur Conan Doyle called Burns “America’s Sherlock Holmes,” which may have been a bit strong—but that was in keeping with William Burns’s publicity talents.

Burns was born in Baltimore in 1861, around the time that Allan Pinkerton was just building his own detective agency. The younger man made his mark as a secret service agent in the late 1800s. But reputation didn’t mean money, so Burns went off on his own in 1906 and then formed his own company in 1909.

The next year, Burns hit the big-time. On October 1, 1910, a bomb went off outside the offices of the Los Angeles Times, killing 21 and injuring scores of others. Burns just happened to be making a speech in L.A. the next day. Mayor George Alexander decided the detective was just the man to find the bombers, so he went outside his own police force and hired Burns.

It was actually a pretty easy case. The Times had been engaged in contentious dealings with the Iron Workers Union, a group that had been advocating violence. J.B. McNamara, brother of union treasurer J.M. McNamara, was found with bomb-making materials in his room. His brother and others were also arrested, as Burns’s agents infiltrated the Iron Workers to collect additional evidence. The McNamaras eventually pleaded guilty and spent many years in prison.

Burns—who had wanted to be an actor as a child—played up the case for all it was worth. He exaggerated his own role in the investigation. He wrote books and pamphlets, gave as many press interviews as possible, and watched as new cases rolled in. The 1910s were a decade of great success for William J. Burns and associates, often to the detriment of the Pinkertons.

But he wanted more. In 1921, Burns’s friend Attorney General Harry Daugherty hired him as the head of the newly formed Bureau of Investigation (BOI), the forerunner to the FBI. Here he ran into trouble. Not all the press was good as he used government resources to shift work over to his private company. And any newspaper that gave him bad press was liable to get a visit from a BOI representative, who would use threats to obtain retractions and promises of future puff pieces.

That reached a climax when Daugherty and others were implicated in the so-called Teapot Dome Scandal involving oil leases in Wyoming. Burns did what came naturally—tried to dig up dirt on senators investigating his friends. All of that came to light when various newspapers, already resentful of Burns’s hardball tactics, published even more negative stories about the detective. He was allowed to gracefully retire in 1924 (when he was replaced by J. Edgar Hoover).

His sons continued to run the agency through the 1920s. During that time, Burns the huckster came to the fore. He wrote numerous books, many novels with a hero that seemed suspiciously like the author. Burns continued to give interviews, all of them changing the record to make the agency seem like the best criminal investigation outfit of all time.

And the boy who wanted to be an actor? Burns was in 19 short films, mostly in 1930-’31, portraying himself as the ultimate crime fighter. By the time he died in Florida in 1931, William J. Burns had done much to buff the dents out of his reputation.

As for his agency? Many decades later, it was swallowed up by international conglomerate Securitas, which also bought up the Pinkertons.