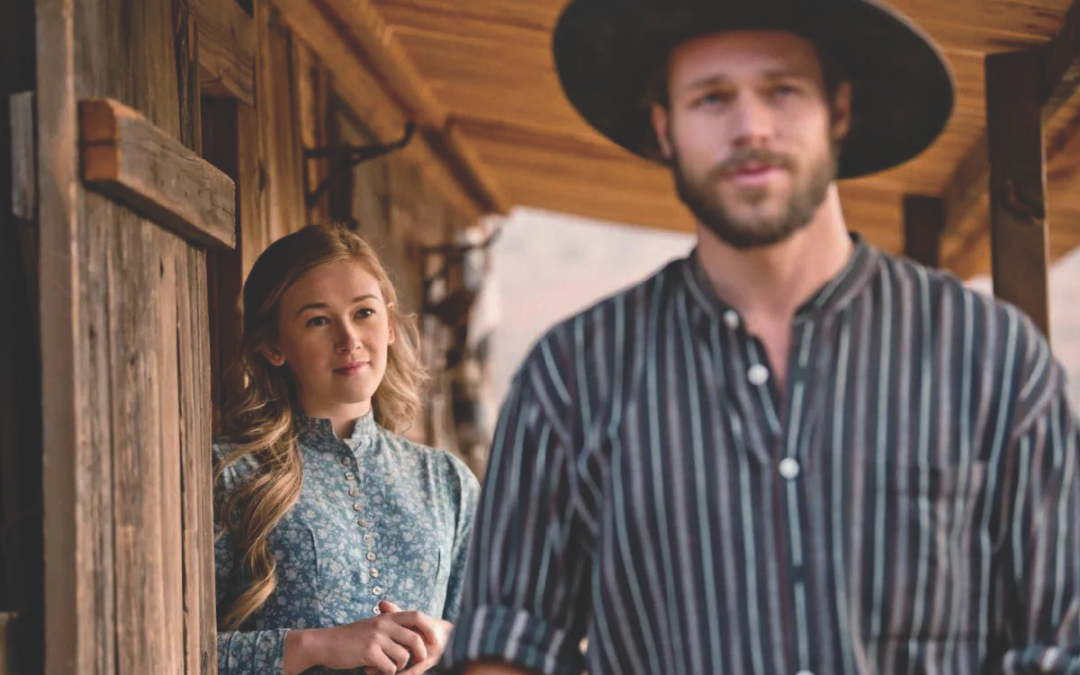 A born storyteller, the California ranch girl has worked hard at her craft to become a successful Western novelist and screenwriter.

When Western novelist and screenwriter Lee Martin visited the set of Shadow on the Mesa, the first film based on one of her books, the cast and crew were astonished to meet the author. “When my sweetheart and I went to the location, they all thought he was Lee Martin. One of those crusty old guys almost swallowed his cigarette. But [leading man] Kevin Sorbo didn’t bat an eye when he saw that I was female; he was very gracious. I’ve always wanted him to be in my Westerns; he’s attached to Hang Town right now, when we get the funds.”

For the author of 28 Western novels, with three Western movies made, the romance and mystery of the West was a perfect fit. “My father came to California on horseback. He was part Cherokee and French and German. He worked on different cattle ranches. And he had a cattle ranch at the end. We lost him when we were young, so my brothers became my heroes, and they are probably in some of my novels. My sister and I followed them around the rodeos.” 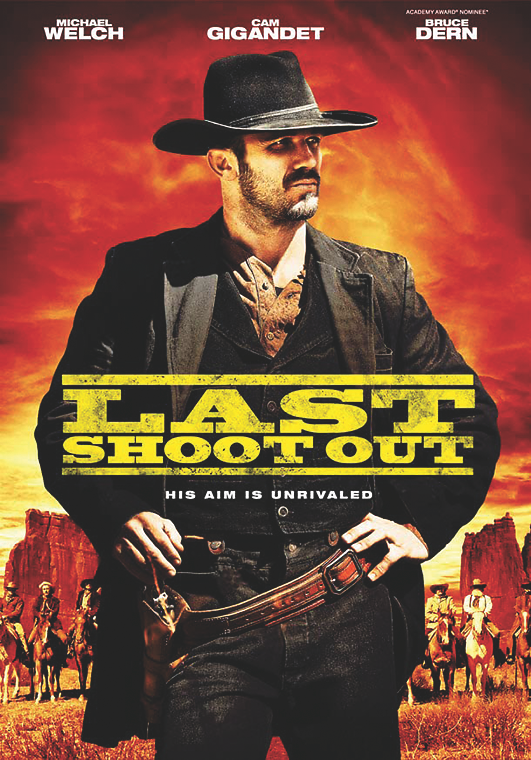 Martin hasn’t been influenced by any particular Western authors. “Actually, I was influenced by movies, all the Westerns, and John Wayne especially. In third grade I started writing stories in spiral notebooks. I didn’t decide to be a writer: I never had a choice. I just began writing stories because they were in me and had to come out. When I write, even now, it’s spontaneous, without planning; and sometimes the hero demands it.”

She skipped fifth grade at her one-room schoolhouse. “Best education you can ever get is in a one-room school. You have to tow the mark.” She graduated from high school at 16. “I had the highest grade in the county in the English/Subject A exam given by the University of California at Berkeley, and could have gone, but had no money. We were struggling on the ranch, so I went to work as a waitress in a truck stop.” She kept writing. At 20, she was married to, then divorced from, a bull-rider. She moved back to the ranch. “My first short story sold when I was in my late 20s.”

One of the last of the pulps, Ranch Romances, started publishing her short stories in 1959, and would publish about 20 of her 43 short stories. “Jim Hendryx was the editor, and he gave me a second pen name of M. Lemartine so he could use two in an issue.” Other Western stories appeared in Zane Grey Magazine, Great Western Short Stories, and various men’s magazines. “The last seven were in Woman’s World, after the Western market ended,” around 1970.

In her early forties, “[w]hile I was working full time and trying to write, I met my sweetheart, Jim. We both went to night law school. In California, if you’ve only been to high school, you can pass a two-year college equivalency exam. I sold my first novel to Avalon about eight years later, and then 16 more. I did practice law for about 13 years. I didn’t like it, so I just retired and went into writing full-time.”

While she continues to write Western novels, she knew the screen was her real calling. “What really sent me was the Saturday afternoon matinees with Red Ryder, The Lone Ranger: that’s what I wanted to do. To me, a screenplay is like the short stories I used to write, which were small movies in print with a beginning, middle and climax.”

Her break came when Martin found InkTip, a website where writers pay to have their screenplays made available to producers. “I sold all three Westerns off of InkTip.”

Michael Feifer has directed two films based on Martin’s novels, 2021’s Last Shoot Out, featuring Bruce Dern, and 2022’s The Desperate Riders, featuring Trace Adkins and Tom Berenger. He’s also signed on to direct Hang Town. “I have never met him and only spoke with him on the phone once or twice,” Martin says, “but I dearly love him. He has shown so much respect for my writing and made very few changes.”

“Actors will stick to the script if they like the dialogue,” Feifer explains, “if they feel it’s strong. I think actors like Lee’s dialogue because it’s rich and of the period. It feels right to them. And that’s a compliment to Lee’s writing that actors don’t change it too much.” What makes Martin’s scripts stand out? “An attention to detail, a care for story, and an interest in women in the Old West, too. A lot of times I receive scripts, or I write scripts myself, and it’s just like, men killing men, and you don’t really get the backstory. You don’t really see the romance.”

“I’m big on happy endings.” Martin agrees. “The guy’s gotta get the girl in the end. You know, my big, tough rodeo brothers, they wanted to see the guy get the girl too.” 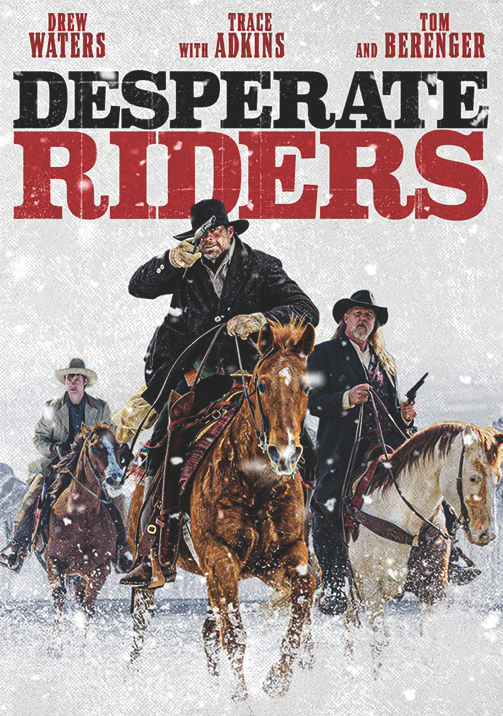 (Lionsgate Home Entertainment, BluRay, $21.99; DVD, $19.98) In this action Western from writer Lee Martin and director Michael Feifer, the riders have every reason to be desperate: when Kansas Red (Drew Waters) saves young Billy (Sam Ashby) from a card cheat’s death, Red finds himself compelled to help rescue the boy’s mother (Victoria Pratt).  Outlaw Thorn (Trace Adkins) has widowed her, plans to wed her, and he’s taken two of her friends, Leslie (Vanessa Evigan) and Marianne (Erin Bethea), hostage.  Modestly budgeted, but with a complex backstory worthy of an epic, and stunning snow-covered Tennessee locations, The Desperate Riders also features Tom Berenger as an in-demand bullet-yanking dentist.