Big Irons on the Block 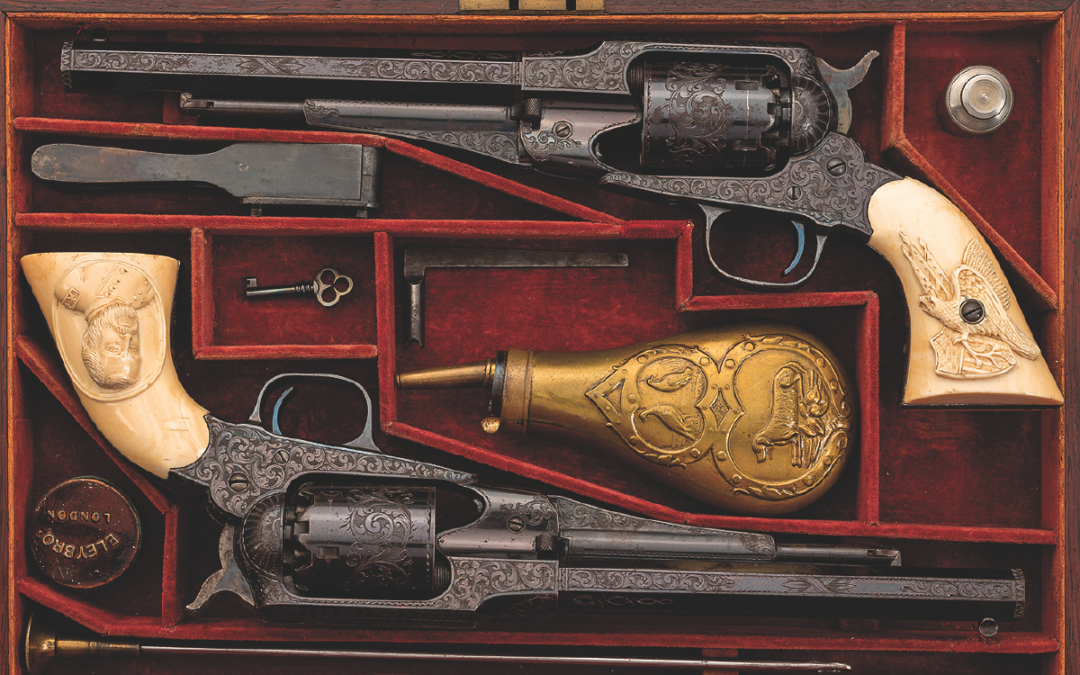 Marty Robbins famously sang about a stranger who came out of the West wearing a “big iron on his hip.” This spring the “big irons” weren’t on hips, but they were certainly on the block at two of America’s better-known firearms auction companies. The Rock Island Premier Firearms Auction, held May 13-15, featured more than 756 handguns; the Morphy Extraordinary Firearms Auction on May 18 had 125. But more important than sheer numbers was the significance of some of these firearms in the history of the American West.

Like the Arizona ranger in Robbins’ song, Wild Bill Hickok wore big irons on his hips. One of those sold for $626,875 at the Rock Island Auction. The thorough documentation of an engraved Colt 1851 Navy revolver no doubt helped drive the final price to more than twice the high estimate of $225,000.

Hickok was a lawman but lost his life while gambling. One of the most famous gamblers in the West was neither a lawman nor, for that matter, a man. Poker Alice was an English immigrant who took up the gambling profession in Colorado after her husband died. She eventually moved to Creede, where she gambled in a a saloon owned by Jesse James’s killer, Robert Ford. A Hopkins and Allen #4 revolver with holster, given to her by Ford, and her gambling set, gathered in $12,300 at the Morphy Auction.

One of the largest and most studied defeats of the U.S. Army during the Indian Wars was at the Battle of Little Bighorn. A well-documented Colt Single Action Army revolver and holster, carried by a member of Custer’s com-mand and retrieved at the Little Bighorn not long after the battle, sold for $763,750 at the Rock Island Auction.

As president from 1869 to 1877, Ulysses S. Grant oversaw the handling of the Indian War on the Great Plains, including the defeat at Little Bighorn and its consequences. Before that he was commander of the Union Armies during the Civil War, which also had an impact on the American West. A pair of Remington New Model Army revolvers, presented to General Grant after he took Vicksburg on July 4, 1863, captured $5,170,000 at the Rock Island Auction.

The big irons worn by lawmen, gamblers and even presidents during the country’s move westward continue to attract collectors, as proven by the Rock Island and Morphy auctions.