The Tale of the Empty Chamber 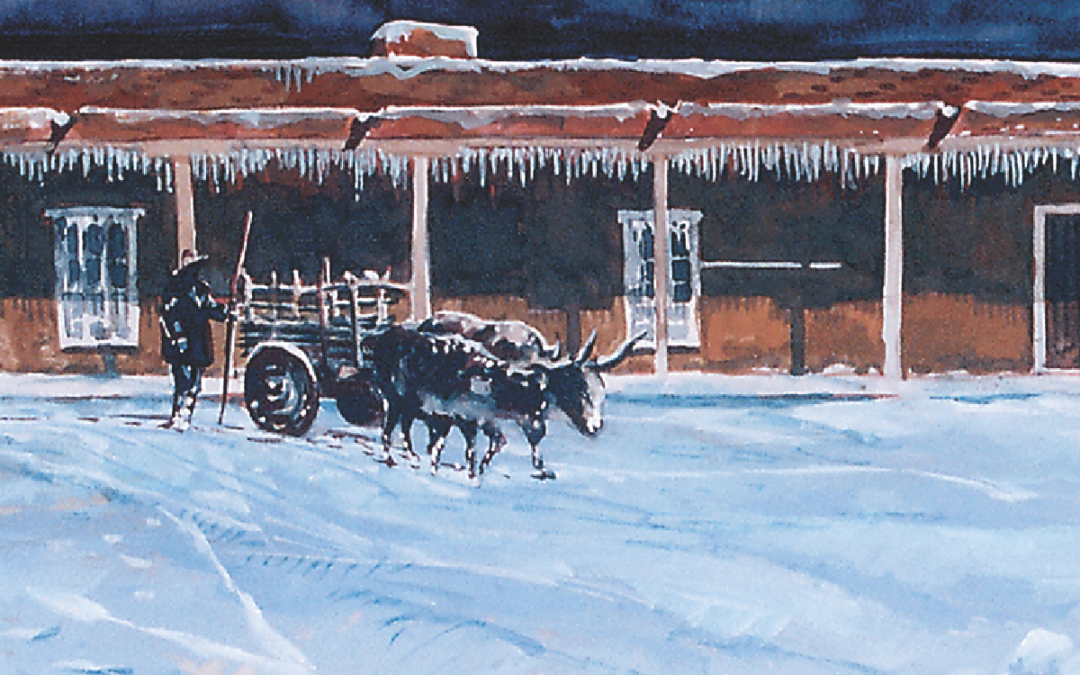 Billy the Kid vs. Joe Grant – An Eyewitness Revelation

Bob Hargrove’s saloon in Old Fort Sumner, New Mexico, is packed with cowboys, including James Chisum, brother of John, and three of his cowhands. Chisum and his men have been invited to take a drink with Billy the Kid, who enters the saloon with them.

Joe Grant, a newcomer to the area,  notices the cowboys entering and snatches an ivory-handled pistol from Jack Finan’s holster while, at the same time, putting his own pistol in the cowboy’s holster. 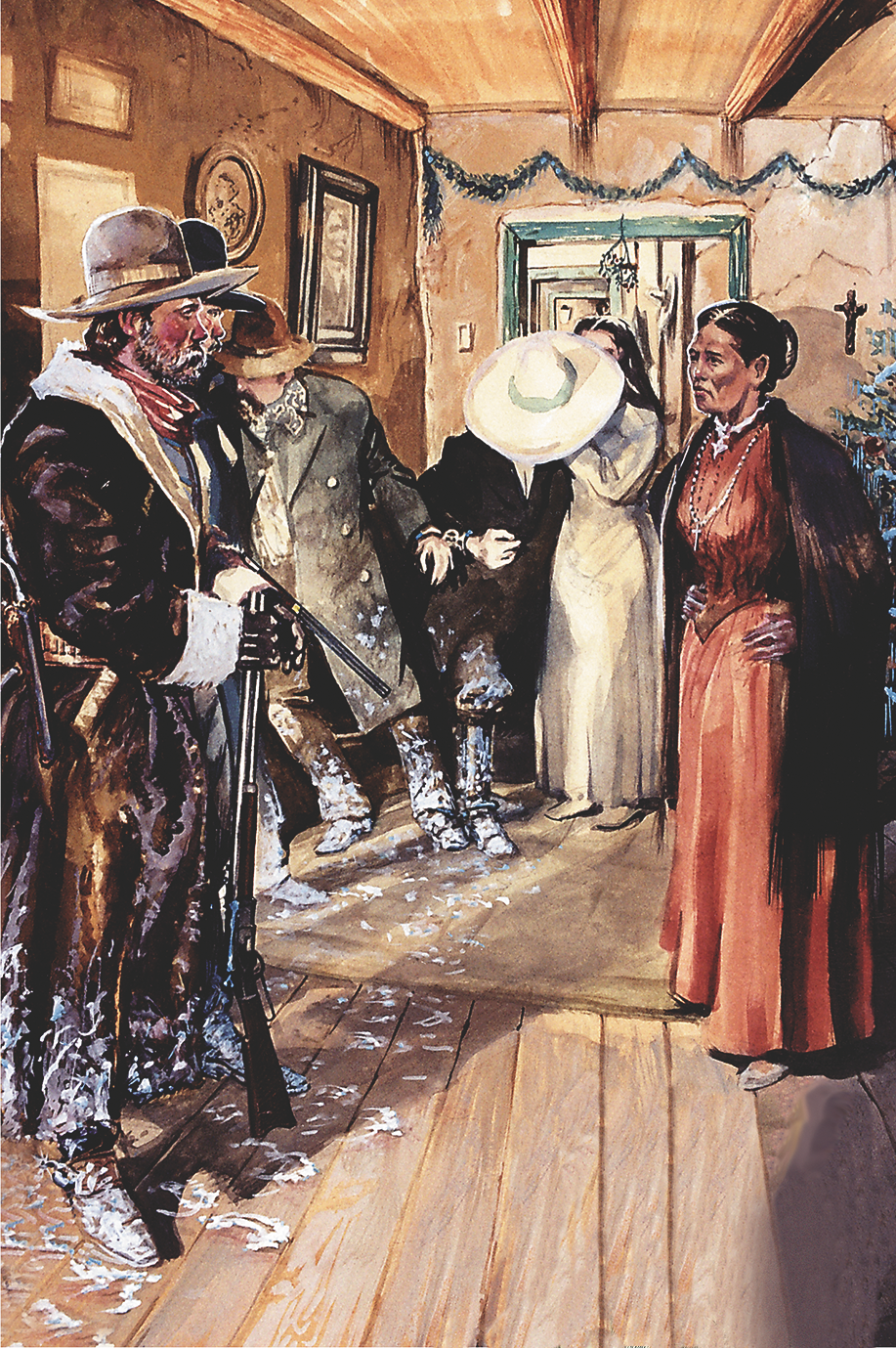 Emptying his spent shell, the Kid remarks, “Unfortunate fool; I’ve been there too often to let a fellow of your caliber overhaul my baggage. Wonder if he’s a specimen of Texas desperadoes.”

A bystander wonders aloud whether Grant has been killed and warns the Kid to watch out. Billy smiles and says, “No fear, the corpse is there, sure, ready for the undertaker.” 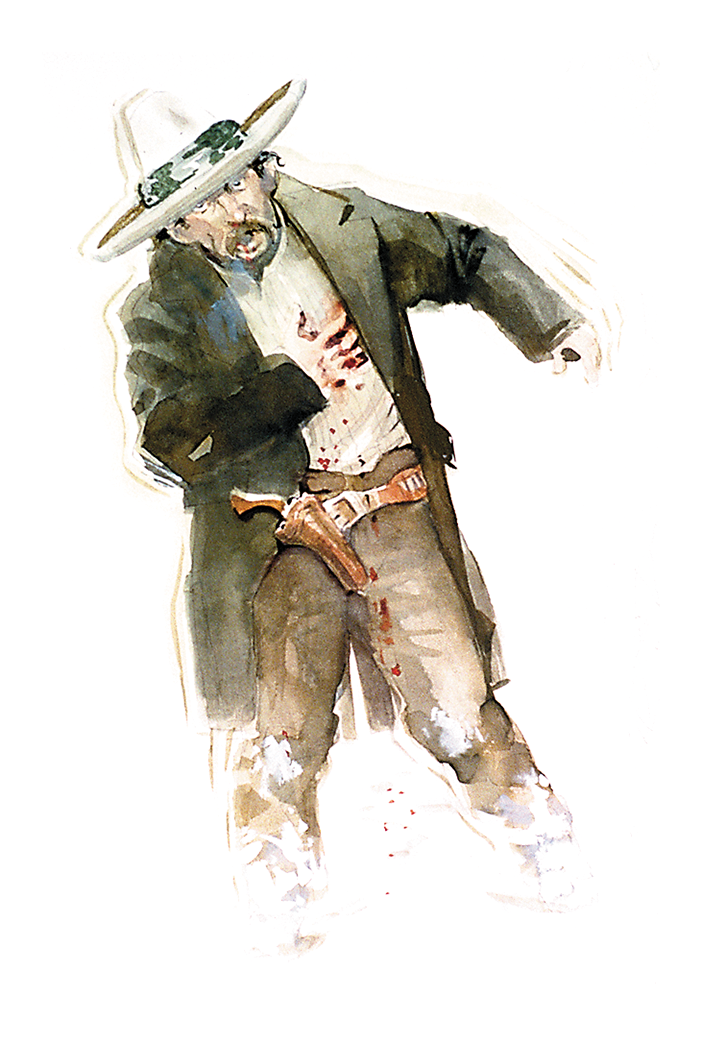 Some scholars debate whether the Grant fight actually took place. Passed down by Jim Chisum’s son, the details of the shooting became part of the folklore around Fort Sumner and the “facts” in the case are mighty slim. Still, the fight has the ring of truth to many Billy scholars and is generally accepted as being a bona fide event because the Chisums are a trustworthy source; also a Las Vegas Daily Gazette newspaper quote from Billy helps to substantiate the shooting.

A new book by James B. Mills makes a good point:

“Strangely, Paco Anaya’s firsthand recollection of the shooting in Anaya’s I Buried Billy [pp. 77–81], has been routinely disregarded in favor of these secondhand Anglo accounts. Although he recalled the time frame incorrectly by a couple of months (November 1879), unlike both Will Chisum and Charlie Foor, Paco Anaya was both physically present in the saloon and an actual resident in the Fort Sumner region at the time of the shooting. Hence, his vivid recollection of the saloon fight should rightly take precedence, which is why I have used it as my primary source. Paco Anaya was there. Will Chisum, Charlie Foor, Pat Garrett and Ash Upson were not.”